6 Ecommerce Startups That Ratan Tata Should Look To Invest In 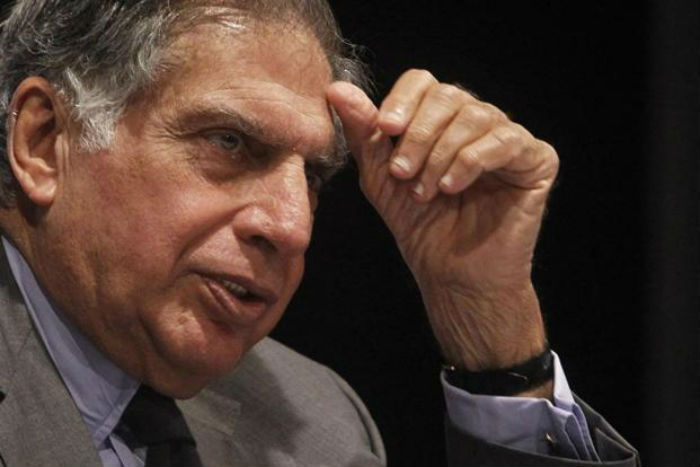 The increasing internet penetration and the growing preference among people to shop online is expected to drive the ecommerce market in India to reach $15 Bn by 2016, a 5x growth compared to the current standing of about $3 Bn, as stated by Google in its latest report.

The huge market opportunity, which India has provided for ecommerce players, has even attracted international players to come in and play their ecommerce game in the country. The perfect example would be Amazon, which commenced its operations in India last year and further invested $2 Bn in the country for expansion. On the other hand, homegrown players too have managed to get a lot of investor attention,  evident from Flipkart’s recent $1 Bn funding followed by a $600 Mn round. With this another major player, Alibaba, is also trying to make its entry into the country by investing in Snapdeal, if reports are to be believed.

The increasing online shopping trend has even lurked the traditional retail majors like Reliance, Arvind and others to try their luck in ecommerce.

The year saw some big names investing in ecommerce, which appears to be the new addition to the ongoing trends in this segment.

When Ratan Tata, 73, chairman emeritus of Tata Sons, the holding company of the $103 Bn-in-revenues Tata conglomerate, made his personal investment in Snapdeal and Bluestone, it was taken as another biggie’s entry as an investor in the startup ecosystem. But as per a recent report Tata group started putting together the team which will be taking care of the Tata’s ecommerce foray, came to light and the reason of his investments in ecommerce got a little clearer. The day ended with the announcement of Ratan Tata’s investment in yet another ecommerce company i.e. UrbanLadder.

Ratan Tata has made two of his investments in companies that are operating in a niche space i.e. jewellery and home decor & furnishing, besides Snapdeal, which operates on a marketplace model (Tata too plans to make a foray into ecommerce soon via the marketplace model).

Yet another interesting thing about these three is that their revenues have grown upto 4-5 times a year.

While the share of investment of Ratan Tata in these ecommerce companies remains to be little, but these investments have generated a lot of brand equity, credibility and trust among customers for these brands. On the other hand for Tata these investments appears to be a way of getting an insider view of how ecommerce works, so that these learning can be put together when Tata makes an ecommerce foray.

So here are the 6 ecommerce startups operating in niche segments that Ratan Tata should look to invest in:

Fashion segment is amongst the hottest segment in ecommerce. Flipkart’s acquisition of Myntra seems to have been derived from the huge market size that the fashion segment shares in the total ecommerce market of India.

Growth: Since  its  inception, Fashionandyou  has  grown  at  a  remarkable  pace  with  almost  5.5 Mn members and growing in its 4 years of operation. Recently, it had raised a USD 10 Mn funding in Series D round.

While Tata Group already runs Star Bazaar, a multi-format hypermarket chain present across various cities offering the entire spectrum of product categories, ranging from fresh food, grocery to consumer durables, investing in a BigBasket might be of interest to Ratan Tata as selling perishable goods online is going to be a very different ball game from selling non-perishable ones.

Growth: BigBasket currently has services in Mumbai, Bangalore and Hyderabad, and has plans to expand in 10 cities by December 2015. It has already achieved operational profit in Bangalore, and is expected to show up with an annualized revenue run-rate of INR 250 Cr. at the end of this fiscal. The startup had closed INR 200 Cr. in funding at a valuation of INR 1,000 Cr. recently.

Market Size: Beauty and grooming is a $3 Bn industry and is growing at 15-20% YoY

Though marketplaces offer products in this segment as well, but the type of additional services the players specifically dealing in this particular category offers makes a great value add.

Growth: As of March, Purplle had 400 brands and 10,000 products, spread across 8 major categories and 60 odd sub-categories. It has also launched Purplle Salon and Spa Finder in 6 cities with more than 5000 salons and spas. The startup is aiming to reach 1000 Cr. GMV in 3-5 years.

Being a hybrid model i.e. having presence both online and offline, makes Firstcry among the ecommerce firms which have shown a trajectory performance. The huge market size and low number of players operating in this space is somewhat of a win-win situation.

Growth: The startup has tied up with 500 brands, offers over 70,000 products. It has 50 branded franchise stores across 45 cities and expects to grow this network to 100 stores. This year it raised $15 Mn in series C round funding.

Growth: There are very few players dealing in the health space, thus Healthkart maintains market dominance. Healthkart has around 20,000 SKUs and further aims to increase this to 30,000 by the end of this year. It also has offline presence. Healthkart had raised an undisclosed amount in Series B last year.

Market Size: Around $12-$15 Bn of products get returned every year.

With Tata selling electronic products including Phones, Camera, Computers, Entertainment, Home Appliance, Kitchen Appliance, Gaming etc under the Infiniti Retail Limited, thus investing in a company which is into online retail of refurbished electronics can be a good option.

Growth: The company has grown its revenue from zero to over INR 250 Cr. in past 3 years with clients including Samsung, LG, Panasonic, Haier, Electrolux, Black & Decker, Videocon, and even online retailers including HomeShop18, Amazon etc. GreenDust plans to gross $250 Mn (INR 1,200 Cr.) in revenue this year.

If you have more suggestions on the ecommerce startups that Ratan Tata should look to invest in, do share in the comments below!