In August 2019, the government had said that it would soon launch an Alibaba-like online marketplace for MSMEs called Bharat Craft 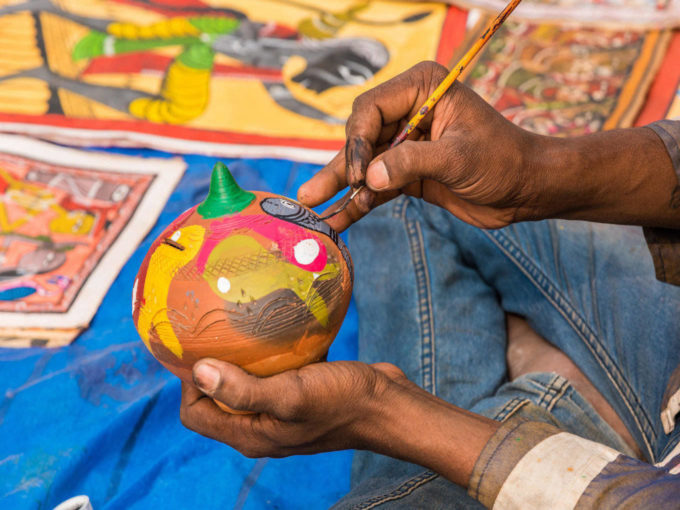 To include micro, small and medium enterprises (MSMEs) in the thriving ecommerce sector, the government plans fee-based arrangements with Amazon and Flipkart for pushing goods produced by them. This decision comes in the place of the originally planned separate platform for MSME sellers.

Following internal discussions, the decision to pay Amazon and Flipkart to on-board MSME units was taken. “If a seller exits the platform after six months, a part of the fee may have to be refunded, but the money will not be paid back to the government in case the seller sticks to selling via the marketplace for, say, two years,” explained an official quoted by ET.

The move is expected to help MSMEs enter the booming e-commerce space by fetching more orders from both consumers and other businesses.

In August 2019, the minister of micro, small and medium enterprises, Nitin Gadkari, said that the government was working on an Alibaba-like online marketplace, called Bharat Craft. This platform aimed at directly connecting MSME sellers with customers. “For the marketing purpose, I have already suggested to my department that we need a platform like Alibaba or Amazon where MSMEs are there and anyone in the world can access that and see what products they are offering,” he said.

“In the next 2-3 years this portal will bring a turnover of about INR 10 lakh Cr. to the MSME sector,” Gadkari earlier said at the event celebrating the 200th listing of a small business ‘Wonder Fibromats’ on NSE Emerge.

The ministry also created a list of 200 products and items that could be sold across ecommerce platforms, including the exclusive platform. The rural products that were planned to be included ranged from stationery to gift items and rural artisans would be legally qualified to sell such goods online. The government also partnered with Tata Trusts to provide entrepreneurial training to artisans.

Having one exclusive platform was expected to help people from across the world to reach the micro and small entrepreneurs of the country without hassles. However, the ministry might have reportedly given up the plans.

There has been an increased government focus on the rural economy. Along with the focus on infrastructure building, the government aims at setting up 100 new clusters during 2019-20 to enable 50,000 artisans to join the economic value chain and anchoring 80 livelihood business incubators and 20 technology business incubators to develop 75,000 skilled entrepreneurs in agro-rural industry sectors

Ecommerce giants Amazon and Flipkart have also been trying to tap into the rural artisans market. Amazon has launched Amazon Karigar, a store to feature a wide range of authentic crafts from Indian artisans and Walmart-owned Flipkart launched Samarth, with the aim to bring India’s artisans, weavers, and handicrafts producers onto ecommerce.

Amazon Karigar showcases over 55K products, including more than 270 unique arts and crafts from 20 states, which exclusively promotes handlooms and handicrafts from across the country. The company said that through this launch, it wants to empower local sellers and small and medium businesses (SMB’s) by helping them sell their products on the platform.

This is part of Amazon’s Kala-Haat initiative, which on-boarded more than 2400 master weavers, cooperatives, artisans and APEX bodies to sell online across 22 states and union territories.


The original version of this article was titled ‘Govt Plans Fee-Based Arrangements For MSMEs With Amazon, Flipkart’.