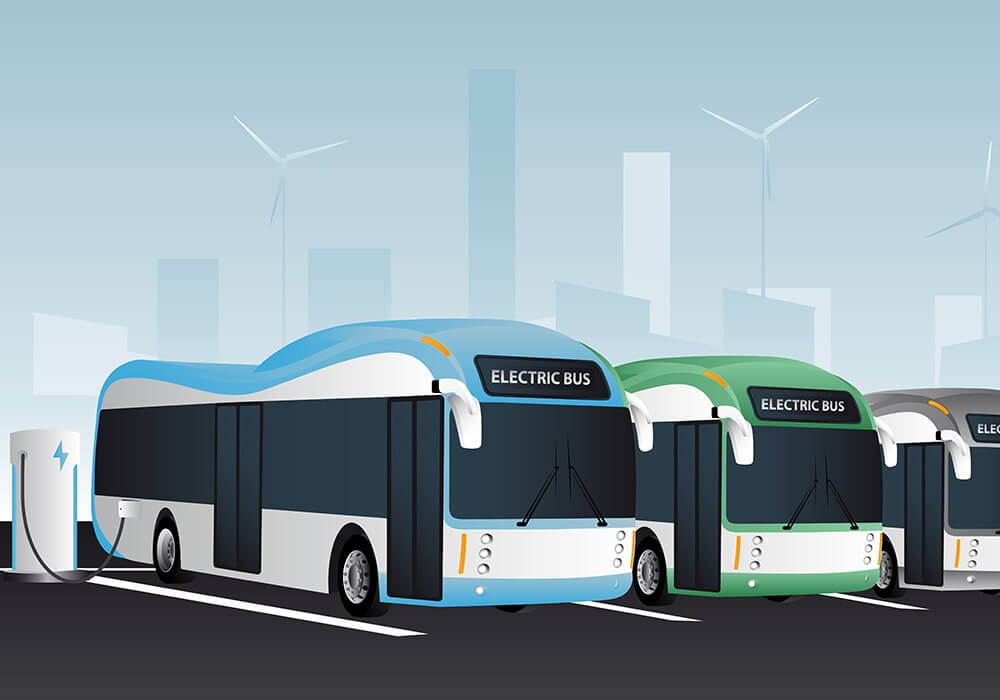 Electric bus manufacturers Hyderabad-based Goldstone Infratech and China-based BYD Auto plan to set up EV charging stations along routes across India where their e-buses ply. The two are in a partnership to manufacture e-buses since 2017.

Commenting on the development, N K Rawal, managing director of Goldstone, told Livemint, “We have already installed some (EV charging stations) and will further create infrastructure in Bengaluru, Hyderabad, and Mumbai.”

He added that state transport departments are allocating the space for the creation of EV charging infrastructure across the country. Further, BYD-Goldstone has been holding talks with various state transport undertakings (STUs) and other players to set up charging stations.

Goldstone-BYD ebuses have been plying on Indian roads since September 2017. The duo earlier supplied 100 e-buses to Telangana, 150 to Bengaluru, and 40 to Mumbai. They also announced a plan to start assembling lithium-ion battery packs and start sourcing electric vehicle components locally.

They recently announced that they would manufacture 5k electric buses per year in India by March 2021. They are currently assembling around 600 buses every year at Goldstone Infratech’s Telangana plant. They aim to scale up their manufacturing capacity to around 2k buses by 2018 end.

Bloomberg New Energy Finance in its July report said that India has just about 350 public EV chargers as compared with around 57K petrol stations. In contrast, China had around 215K charging points installed at the end of 2016, it said.

Even as electric vehicles get a push from the government and corporates in India, many Indian startups are stepping in to develop EV charging infrastructure across the country. Ather Energy has already set up about 30 EV charging stations for both four- and two-wheelers in Bengaluru. The startup plans to setup 60 such charging stations across the city. Bengaluru-based Emflux earlier received a small grant from welfare society PRAYAS to develop EV charging circuit technology.

The power ministry has also clarified that no separate licence would be required under the Electricity Act, 2003 to set up EV charging stations. Companies such as JSW, NTPC, Tata Power, Fortum, and the PGCIL have reportedly expressed their interest in foraying into the EV charging station business.

The lack of charging stations has been a major challenge in achieving India’s electric vehicles mission. As of now it seems like Goldstone and BYD are planning to develop a network of EV chargers exclusively for their own buses, but it would go a long way in helping the EV infrastructure if they opened up these stations for all EVs plying on Indian roads.