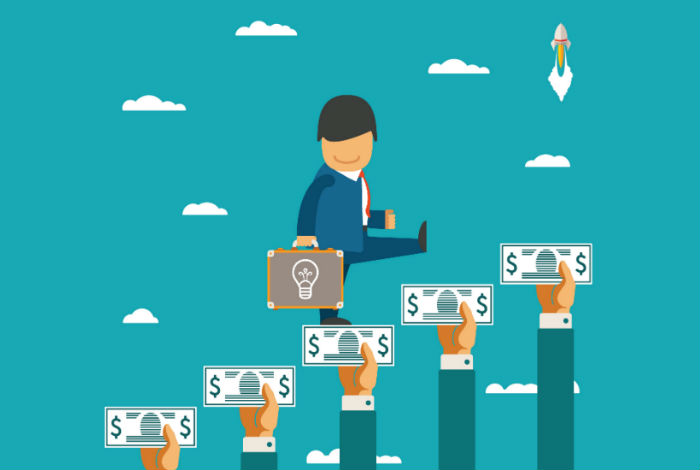 This week, Ratan Tata announced his plans to set up a Venture Capital fund, in partnership with the University of California, with a corpus of around $100-150 Mn. It will be investing about $10-15 Mn in startups. However, initially, they are also looking at writing smaller cheques of around $5 Mn.

In another development, it was revealed that cab aggregator company Ola has raised $50 Mn from the US-based investment firm Vanguard, at a per share value of $40, 885. According to recent filings of Vanguard with the US SEC, Ola witnessed a surge in its valuation as the share value per share was listed at $41, 577. This takes Ola valuation to $4.2 Bn.

Gaia Smart Cities: Delhi-based IoT marketplace, Gaia raised $300K in an angel funding round. The investment was led by Devang Mehta and Sandeep Shetty. The raised funds will be utilised for product development targeted at smart city initiatives, and demonstrations & pilots for various clients.

HealthKart: Gurgaon-based ecommerce platform for health products, Healthkart, raised $12 Mn in its Series E round of funding. The investment was led by existing investor Sequoia Capital India, with participation from Omidyar Network and Kae Capital. The raised funds will be used to enhance marketing initiatives, with investments in its assistance and content capabilities, portfolio expansion into additional nutrition segments and offline expansion.

Sheroes: Delhi-based job and career platform for women, Sheroes, raised $1.8 Mn in Series A funding. The investment was led by Lumis Partners along with the participation of The HR Fund and angel investor Rajul Garg. Existing investor, Raghav Bahl led Quintillion Media also participated in the round. The raised funds will be used to further enhance technological innovation, expand opportunities for work from the home initiative.

DailyNinja: Bangalore-based hyperlocal mobile solution for all subscription based daily needs, DailyNinja, raised an undisclosed amount in Pre-Series A round of funding. The investment was led by NuVentures’ Venk Krishnan. Other key investors in the round include Aprameya Radhakrishna, Anupam Mittal, Kunal Shah, Tracxn Labs, Subramanya SV, Ravi Garkipati. The startup will use the raised funds primarily to upgrade operations and expand the customer base.

YumLane: Mumbai-based foodtech startup, Yumlane, raised $1 Mn in a Seed funding round led by Flipkart CEO Binny Bansal. Other investors that participated in the round, were Anupam Mittal, Sachin Bhatia, Darius Pandole, Kunal Khattar and Dheerag Jain . The raised funds will be used for enhancing marketing and further brand building.

Tricog: Bangalore-based healthcare analytics company, Tricog raised an undisclosed amount in Series A round of funding. The investment was led by Inventus Capital Partners, Blume Ventures and a host of angel investors. The raised funds will be used to further develop technology and market reach of the company.

Repaireasy: Pune-based online gadget and mobile phone repair platform round. The investment was led by a consortium of international and domestic investors including Morris Street Advisors (MSA) and P. Krishnamurthy, former vice chairman of JM Morgan Stanley. Repaireasy will use the raised funds to power up its technology infrastructure, strengthen customer support, develop new value-added services, and fuel expansion

Petoo: Bangalore-based foodtech startup Petoo raised $500K in a new funding round led by its existing investors and high-net-worth individuals (HNIs) through online deal-making platform LetsVenture. The raised funds will be used to fuel its ongoing food research initiatives and to roll out its new products across the country.

Flickbay: Backed by Bollywood actor and movie director Farhan Akhtar, film discovery app Flickbay in a seed round of funding. The investment was led by Paul Roy, chairman of Dubai-based Riva Digital. The team has plans to use the data generated from the app to help filmmakers make better, data-driven decisions.

Tokri: Pune-based hyperlocal delivery startup Tokri raised $2.5 Mn in Pre-Series A round of funding from Syska LED group. It plans to use the raised funds in improving technology, brand building and marketing. A part of the fund will also be used to set up warehouses in Pune and other cities.

VST Travels: Kerala-based VST Travels, a travel startup raised about $27K (INR 1.8 Cr) funding from a Dubai-based Promatus Group. The funding will support the company to develop and market its application called VehicleST.