Next year, Jio would want its customers to be able to access the company’s bevy of tech solutions through Jio’s indigenously built 5G solution on Jio’s upcoming Android smartphones 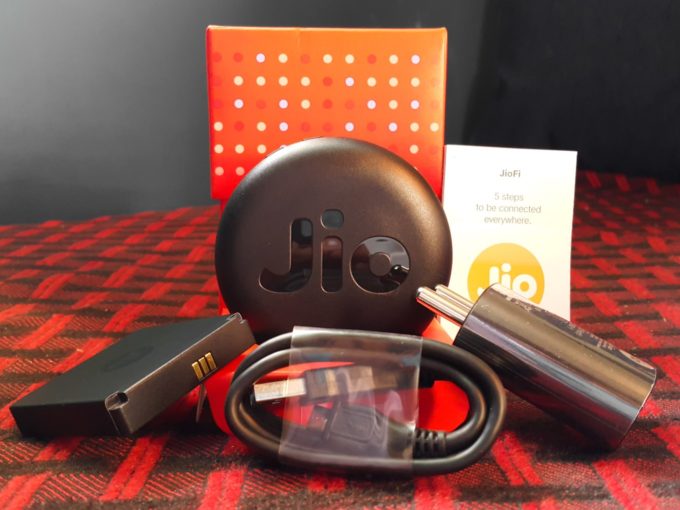 If 2020 was the year when Jio Platforms filled its war chest through a series of funding rounds from several international investors, 2021 would be the year that would see the company double down on its promise of powering India’s move to a truly digital economy. Jio would do this through its suite of tech products, offering solutions across education, healthcare, ecommerce and entertainment, among several others. The company would look to offer its bevy of tech solutions on its ‘Made in India’ Android smartphones. Most importantly, it would want customers to be using Jio’s currently in-trial fifth-generation mobile networks or 5G service for accessing these solutions.

In many ways, 2021 would be the year when we would be able to gauge whether Jio can furnish an all-wise ‘super app’ in India, a term borrowed from China where WeChat offers a range of solutions through a single platform to its customers.

The encouraging sign for Jio’s ambitions is that we may see India conduct auctions for the 5G spectrum in the first half of 2021.

While speaking at the inaugural session of the India Mobile Congress 2020, Reliance Jio chairman Mukesh Ambani urged the Indian government to expedite the rollout of the 5G technology in the country, stressing on the need to make India 2G-mukt.

Days later at the same event, officials from the government said it would soon announce the spectrum bands for the rollout of 5G services in the country.

Besides consumer and enterprise telecommunication services, 5G will be used for defence, aerospace and television and radio broadcasting as well. Given that each of these requires a dedicated spectrum to operate without interference, the broad spectrum is divided up based on the frequencies.

It is worth noting that Ambani’s repeated push for a quick rollout of 5G in the country, is aimed at Reliance Jio acquiring the approximately 300 Mn mobile internet users in India who are still using 2G mobile networks. These users form a significant chunk of the user base of other telcos such as Bharti Airtel and Vodafone Idea, which have largely phased out 3G mobile networks but have 40-50% of their users still using 2G services, according to some estimates. A countrywide shift from 4G to 5G would be the chance Ambani is looking for, to further expand Jio’s user base in the country.

In October, Reliance began the trials for its 5G technology along with US-based Qualcomm and claimed to have achieved a speed of one gigabyte (GB) per second.

At the event mentioned above, Ambani emphatically claimed that Jio would pioneer India’s 5G revolution in the second half of 2021, much to the chagrin of Sunil Bharti Mittal, chairman of Airtel, who said at the same event that India wasn’t ready for the rollout of 5G.

Below we revisit some of the promises about tech products and services made by Jio this year, which, according to the company, are slated to be fulfilled in 2021.

Jio, with one of its strategic investors Google, would look to roll out 100 Mn low-cost 4G or possibly 5G-enabled smartphones, at a fraction of their current cost per unit, in 2021. While the 100 Mn figure is based on various news reports citing sources, the plan for building smartphones in collaboration with Google is straight from the horse’s mouth.

According to a PTI report, Reliance, through its telecom venture Jio, is planning to roll out 5G-enabled smartphones at an initial price of around INR 5,000, which will be subsequently lowered to around INR 2,500 as production scales up. According to reports, the manufacturing of these smartphones will be outsourced to Indian vendors.

These phones could be out in the market by early next year. It remains to be seen whether Jio’s Android smartphone can gain a foothold in the country’s smartphone market, which is currently dominated by Chinese companies such as Vivo and Xiaomi. The Chinese smartphone makers took over the Indian market starting late-2016 and caused the loss in market share for Indian companies such as Micromax.

Continuous iterations in hardware specs and affordability has meant that these Chinese phone makers are still very relevant in India. They’ve been able to drive down prices by manufacturing smartphones in India. In such a market, Jio’s Android smartphone will have its task cut out.

Ecommerce Play Through JioMart, Social Commerce Through WhatsApp To Widen

Reliance’s online grocery store JioMart, launched earlier this year, already has limited integration with WhatsApp in place. Users can message ‘Hi’ to a phone number for JioMart, following which, a chat with the store’s virtual assistant would be initiated. Through this chat, one can track the status of their orders and make an item or refund-related queries.

It has been reported that at some point in the future, JioMart could become a ‘mini-app’ on WhatsApp. If such a partnership does materialise, it would ostensibly be a win-win for both. For JioMart, it would allow the company access to WhatsApp’s more than 400 Mn users in India.

For WhatsApp, users shopping through its platform would mean an opportunity to drive up payments through its newly-launched payments application WhatsApp Pay. WhatsApp Business already facilitates the social commerce model for multiple Indian startups which aim to leverage the community-driven reselling model to gain sales.

Even though Jio disrupted the Indian telecom market with its dirt-cheap data plans — launched in 2016 — which drove down the prices in the market and contributing significantly to internet penetration in the country, the company’s chairman Mukesh Ambani has come to be identified as a symbol of crony capitalism in citizen-led movements. The most recent example for the same is the ongoing protests against the new farm laws enacted by the central government, where protesting farmers have alleged that the laws would work to the detriment of poor farmers and to the benefit of corporates such as Reliance and the Adani Group.

Earlier this week, videos surfaced of members of a village Panchayat in Punjab shutting down Jio’s mobile towers, as part of their protest against the farm laws. It has been further reported that protesting farmers in Punjab have snapped power supply to Jio’s mobile towers in several parts of the state, including Nawanshahr, Ferozepur, Mansa, Barnala, Fazilka, Patiala and Moga districts in the past few weeks.

Jio has written to the Telecom Regulatory Authority of India (TRAI), blaming its rivals Vodafone and Airtel for spreading rumours in Punjab that Jio would gain from the implementation of the farm laws.

It is worth noting that cutting supply to mobile towers would affect the supply of internet services, something that could have a negative impact on the lives of several people, from students to working professionals. In fact, even in times of emergency, the internet is a necessity, which suggests that the steps taken by the farmers in Punjab, to snap power supply to Jio’s mobile towers isn’t a prudent tactic for voicing their protest with a decision of the central government. Even those looking to port their number to other service providers such as Airtel would have to wait up to 48 hours for their internet services to resume.

Nevertheless, it remains to be seen if such protest tactics boil over, or die down with good sense prevailing.

JioPhones Could Make A Comeback

In the new year, Jio would look to relaunch its ultra-affordable feature phones, called JioPhone, whose production was impacted this year due to component supply issues amid the pandemic. Once sold at a price point below INR 700, it has been reported that the price could increase to around INR 1,000 due to a rise in component prices. The new JioPhone would be bundled with a Jio 4G subscription plan, thus facilitating the migration of 2G and 3G users with rival telecom companies such as Bharti Airtel and Vodafone Idea, to Reliance Jio. Hence, the JioPhone would be another effort by Ambani to make India 2G-mukt or free of 2G.

JioPhone, which was originally launched in 2017, became a huge hit for Reliance due to its affordable pricing. But the market has changed a lot since 2017. Given the need for a smartphone these days for remote working and learning, a feature phone is a tough sell.

In June this year, the company launched the Jio UPI ID for users in select cities such as Mumbai and Delhi-NCR, along with some cities in other states/regions of the country such as the North East, Uttar Pradesh, Odisha, Kerala, Rajasthan and Haryana. Reliance said that the Jio UPI ID enables the MyJio App to become a super app for all digital transactions among Jio customers.

In August, around 1,000 JioPhone users were able to make and receive UPI payments through the JioPay application on their feature phone. It is to be expected that in 2021, the company would look to further expand its market presence in the digital payments space, through JioPhone.

While it isn’t known when Jio’s most cutting edge product will hit the market, speculations are rife about the mixed reality solution hitting the market in 2021. Jio Glass was demoed at Reliance’s AGM this year in July. The company said that Jio Glass is designed for teachers and students to enable 3D virtual rooms and conduct holographic classes via the Jio Mixed Reality service in real-time. Jio Glass, which weighs 75 grams, will come with 25 in-built apps to allow augmented reality video meetings and more. By using the product, a user will be able to join a virtual meeting, not on their conventional 2D screens, but as a virtual 3D avatar. Jio Glass’s demo had amazed many netizens, some of them saying, ‘the future is here’.

Besides these, there will likely be more upgrades and enhancements made to Jio’s existing products, ranging from its healthtech app JioHealthHub to the video conferencing solution JioMeet.

Most importantly, all eyes will be on whether the company is able to realise its 5G ambitions in 2021. Although, that wouldn’t be without its own share of challenges.