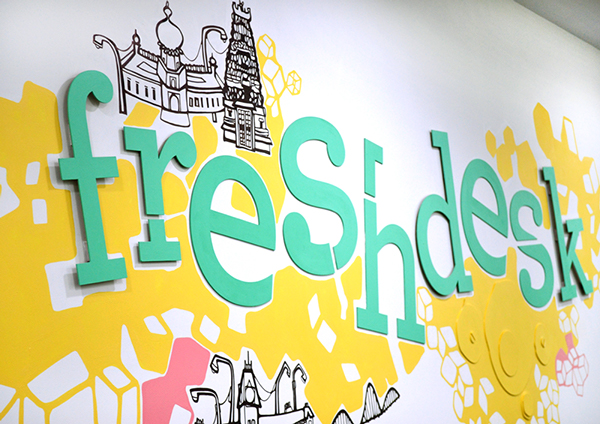 Marking its fifth acquisition in the past 12 months, cloud-based customer service software provider Freshdesk announced the acquisition of Airwoot – a startup that uses machine learning to help brands deliver quick customer service on social media. At Freshdesk, the Airwoot team will focus on enhancing the company’s current social media offerings.

According to Inc42 sources, Freshdesk has put in over INR 20 Cr. for the acquisition. However, Freshdesk declined to comment on the financial details.

Founded in 2012 by a team of PhD dropouts, lead by Saurabh Arora, Airwoot uses artificial intelligence to cancel noise from social chatter, and increasing the speed and effectiveness of social support. Given the fact that major brands may be interacting with upwards of 10,000 users on Twitter on a typical day, sifting through the “noise” becomes a significant challenge as tweets and comments pile up.

Hence, Airwoot helps brands by employing machine learning to automate the process of identifying conversations on social media that require immediate attention, such as queries, grievances and incidents. Its sophisticated algorithms are also able to predict when a conversation is likely to go viral and can alert companies to act.

Girish Mathrubootham, Founder and CEO of Freshdesk, stated, “Delivering customer support via social media continues to be a challenge for many companies given the high volume of noise in the medium. Airwoot’s AI technology provides us a powerful platform to power the social engagement centers of the future.”

Airwoot counts many known brands as its customers such as Snapdeal, Paytm, Ola, Grofers, MobiKwik, Make My Trip, Jet Airways, BlueStone, and ZoomCar, among others. As per Sushant Kumar, Associate Director, Marketing at Snapdeal, Airwoot has enabled Snapdeal to become one of the most responsive brands in India with a response rate of over 98% and a response time of under 2 minutes. The startup had raised investment from Kae Capital in 2013, with angel investors Rajan Anandan, Sasha Mirchandani, Sunil Kalra and Samir Sood also participating in the round. It was also a part of the eighth batch of The Morpheus accelerator.

At Freshdesk, Airwoot CEO Saurabh Arora will aim to impact Freshdesk’s 70,000-strong customer base, helping companies scale their teams properly and provide stellar support on social media. As a part of the deal, Airwoot team has relocated to Chennai.

For Freshdesk, Airwoot’s acquisition comes four months after it acquired Pune-based Framebench, an online collaboration platform that enables teams to share, review and comment on videos, images, presentations and documents.

Prior to this, it has acquired:

In February this year, Freshdesk also launched an in-app, real-time messaging service called Hotline.io. The service addresses unique challenges of mobile-first businesses to provide real time support to their customers. The Hotline is its third product since its inception in 2010. It has been working steadily to surpass its main American rivals Zendesk and Desk. The company moved its headquarters from India to San Bruno, California, and boasts to have doubled its customer base in recent years. Last month, it added another 60,000 square foot to its existing office in Chennai in what was its 9th office expansion.