The classifieds platform has been trimming down verticals to cut costs 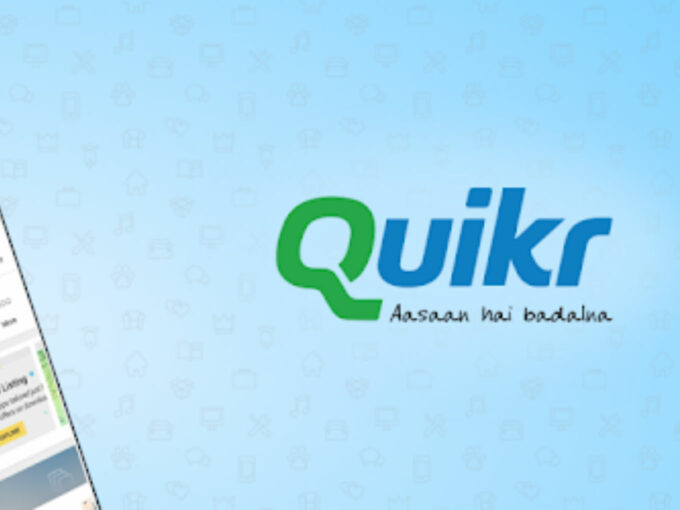 Bengaluru-based online classifieds marketplace and hyperlocal services provider Quikr had a tough ending to the year 2019 while it focused on preparing for its public listing via an IPO. As a result, its major investor Swedish investor AB Kinnevik has devalued its stake in the company for the quarter ending December 31, 2019.

But the question is what changed in a quarter? Kinnevik said that Quikr had discovered that certain dealers and vendors within the managed rentals and car trade segments posted fake or misrepresented transactions on its platform. Kinnevik said that this had a dual effect of potentially overstating the value of transactions and revenue generated in these categories while introducing risk on the recoverability of receivables.

Fraud Leads To Cutbacks At Quikr

The fraudulent transactions led the company to reduce its footprint in many segments, while it strengthens internal operational controls to prevent a recurrence. Quikr is also said to be pursuing criminal action against those responsible for past actions. The investor further said that Quikr has accordingly sought to manage its headcount and cost base to reflect the streamlined business.

“Other business segments, including blue-collar jobs, used goods classifieds, and real estate sales, account for a majority of historical revenue and continue to experience growth and occupy strong market positions,” it said.

Further, addressing analysts questions, Samuel Sjöström, head of strategy at Kinnevik AB, said that this is a reflection of not only the effect of the uncovered fraud but also the company reducing its footprint within these particular segments as well as a number of amendments to the company’s revenue recognition principles to strengthen the integrity of its reported financials going forward.

“In valuing our Quikr investment, we have moved away from a discounted cash flow analysis and now instead base our valuation on forward-looking net revenue multiples. More specifically, we are focusing on Quikr’s upcoming fiscal year, ending in March 2021,” he explained.

He added that by doing this, it is basing its valuation on a near-term budget instead of longer-term projections and also make its valuation of Quikr increasingly linked to the trading of its publicly listed peers.

“While we are very disappointed with what has been uncovered and its effect on the value of our investment, we believe that the measures that have been taken and are being taken are both forceful and proportionate, and their clear intention is to leave us with a healthier but somewhat smaller company,” Sjöström said.

Georgi Ganev, CEO, Kinnevik AB further said, “We also know that the CEO and his team have taken forceful measures and addressed what has occurred, and no one in the C-suite or the level below have been identified of being complicit in these fraudulent activities. So it’s basically, people further down in organization. So since then, Quikr has also laid off a lot of their workforce, basically, half of the workforce in order to become profitable faster and not dependent on funding. Which is, of course, something that we appreciate.”

“The whole purpose of downsizing the company and reducing the workforce is basically what I’ve said before, to get in a situation we’re not dependent on external capital or new funding bonds.”

Quikr explained that it had discovered some anomalies in its coliving and cars businesses where some market players colluded with a small number of its employees to bypass the rules of engagement and try to game the system. Quikr had added that to ensure operational consistency and mitigate potential risks in the future, it will be investing in strengthening its compliance processes.

“We’ve undertaken third-party audits, identified and culled out such players from our marketplace, exited such employees from our company and initiated necessary action against all the parties involved. While this has had some short term impact on us, the impact is contained within these categories and has not affected any of our other categories which have traditionally driven a majority of revenue on our platform,” the company had said.

Founded in 2008 by Pranay Chulet, Quikr is a classifieds website, which also has its presence in various verticals like cars and bikes, jobs and Quikr Realty. The company has 20 Mn monthly unique visitors and is present in approximately 1,200 cities in India.

Chulet recently said that Quikr is preparing for an initial public offering (IPO) — the company hasn’t yet decided on its country of listing i.e India or the US. A Zinnov report had stated that online resellers space has been predicted to grow to $48 Bn-$60 Bn by 2022.