Flipkart’s Big Billion Day sale witnessed a whopping 52% visits from Tier 3 and beyond cities, out of a total of 666 Mn visits during their festival sales 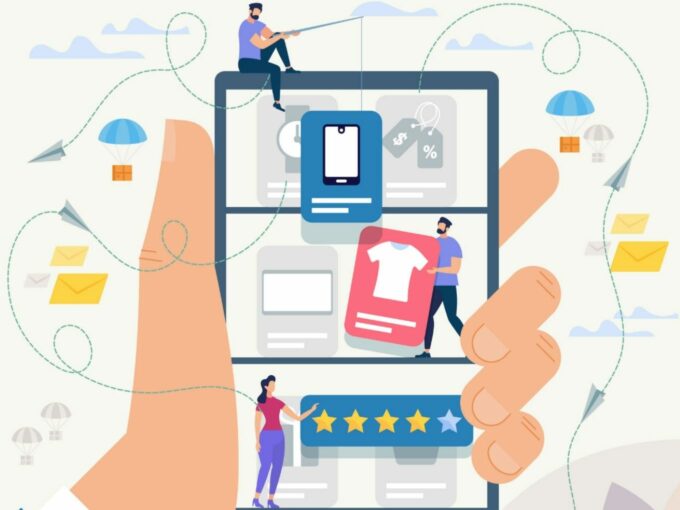 This year’s festive season was nothing compared to any till date. Ecommerce giants sensing pent up demand muscled up their logistics and network to reach pin codes where they had never tread before.

An analysis of the sale has revealed a trend to buttress the point that India’s internet penetration has got Tier 2, Tier 3 and metropolitan cities on the same page.

Flipkart’s Big Billion Day sale witnessed a whopping 52% visits from Tier 3 and beyond cities, out of a total of 666 Mn visits over the six days. Paytm Mall also saw a 2X increase in the number of users from Tier 2 and Tier 3 towns.

Meanwhile, Myntra saw a 180% increase in new shoppers from the Tier 3 cities. “With Tier 2 and Tier 3 cities emerging strong during the event, Tier 3 cities have witnessed a 180% growth in new shoppers as compared to the previous edition. Using our omnichannel network, with over 1,000 stores and 100 brands, we have been able to fulfill customer deliveries in close to around 11,000 pincodes,” Myntra CEO Amar Nagaram said in a statement.

The company also claims to have noticed 2X growth in orders and customers compared to last year. It has got one million new customers.

Amazon on the other hand claims to have added 200 delivery stations across the country for the festive season sale. This includes stations in remote northeast Indian towns such as Champhai, Kolasib, Lumding and Mokokchung, along with additional units in Tamil Nadu, Uttar Pradesh and other states to increase storage capacity in the region.

It also claims to have on boarded over 50,000 kiranas across the country for doorstep delivery of shipments to customers. Similarly, Flipkart expanded its wholesale unit to 12 new cities to support local kirana stores and other MSMEs.

While talking about delivering orders in far fetched areas, a Flipkart spokesperson said, “we have been delivering hundreds of miles away in the Western part of India to the Naliya Air Force Station in Gujarat, near the Indo-Pak border. As the residents around the base are situated very far off from the city and have to travel long distances to fulfil their needs, they are increasingly taking to Flipkart to fulfill their essential and leisure requirements.”

“To make deliveries here, wishmasters from our hub in Gandhidham leave in the wee hours of the morning, covering a distance of close to 200 kms to Naliya. This 8-hour journey takes them through jungles and deserts, running parallel to the India-Pakistan border to finally reach the base in the morning fulfilling a delivery promise. Considering this long route is serviced once a week, the wishmasters are given a half-day off the next day to take rest. Other remote locations where Flipkart delivers include Ladakh, Bishnupur (Manipur), and Dimapur (Nagaland),”  the spokesperson added.

Multiple payment applications and easily accessible apps have led to a drastic increase in the growth potential of Tier 2 and Tier 3 cities in India. 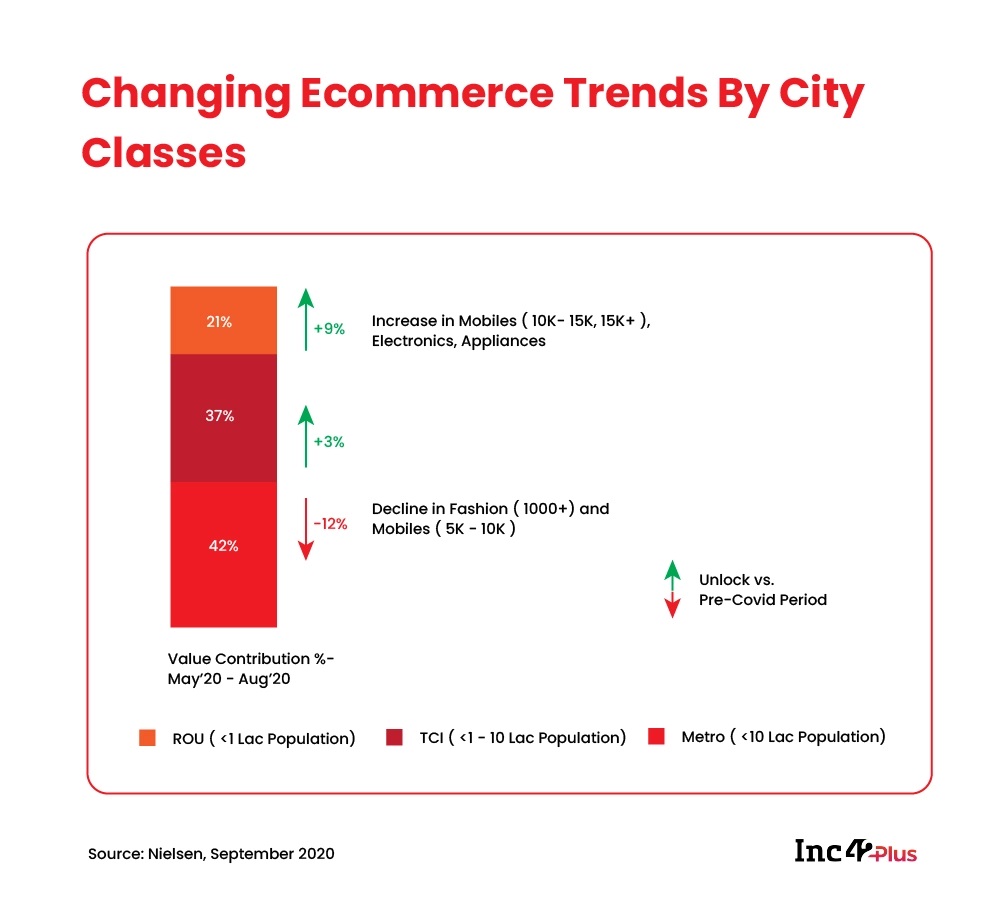 Speaking to Inc42, Harsha Razdan, Partner and Head, Consumer Markets and Internet Business, KPMG in India said, “We are now witnessing e-commerce players starting to outsource their supply chain to third party logistic providers in order to shorten timelines to hyper-local deliveries possible in remote areas of India.  Hassle-free returns is another business aspect that needs to be constantly monitored. With the right blend of supply chain processes and technology support, the number of returns can also be significantly reduced.”

According to the latest Redseer report, goods worth $4.1 Bn (INR 29,000 Cr) were sold on ecommerce platforms during the week-long festive sale, representing a 55% increase from last year’s $2.7 Bn gross merchandise value (GMV). The report added that while sales on both Flipkart and Amazon together comprised 90% of the total ecommerce sales in India in the week since the sales began, Flipkart captured 68% of the GMV.

Marketing and social media tricks used by ecommerce giants also captured the interests of the wide scope of buyers. For instance, Myntra partnered with YouTuber Bhuvan Bam, to create an impact in small towns in India. Nykaa on the other hand took its offline marketing efforts online through exclusive digital masterclasses and expert-led online beauty bars.

Shudeep Majumdar, cofounder and CEO of influencer marketing platform Zefmo Media, said, “The company saw strong traction for ecommerce in smaller cities and towns of India. Influencer marketing trends have followed this distribution in the last quarter as well.”

Reverse migration also played a key role in upping the game of ecommerce sales. Metro consumers who migrated to small towns during the pandemic also took their buying behaviour with them. Those who lived in rental housing in metros left their houses and went to their respective hometowns and this in turn increased their disposable income due to fewer spendings. People used this money for online shopping. 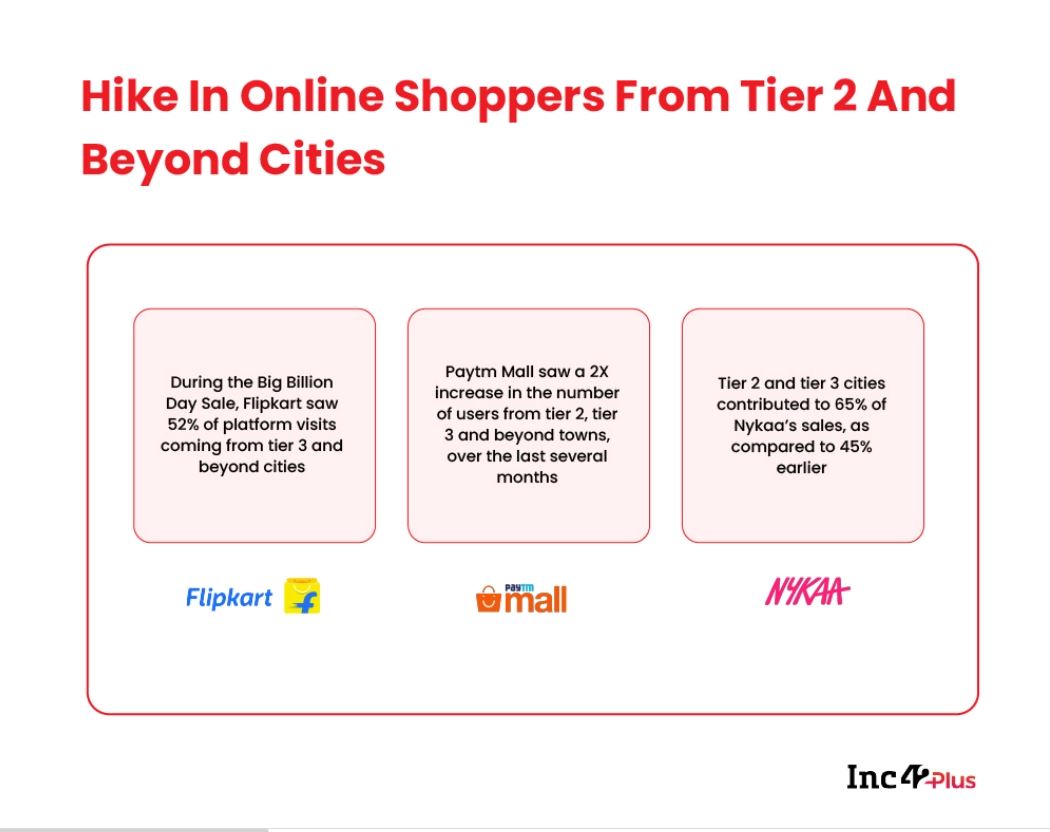 A Unicommerce report revealed that Tier 2 and beyond cities contribute around 66% of the total online consumer demand in India and this share is expected to rise in the coming years.

Tier III and beyond cities witnessed 53% growth, making it the fastest-growing region. The top three states, by e-commerce volumes, are Delhi NCR, Maharashtra, and Karnataka, and they constitute 65% of overall consumer demand, the report said.