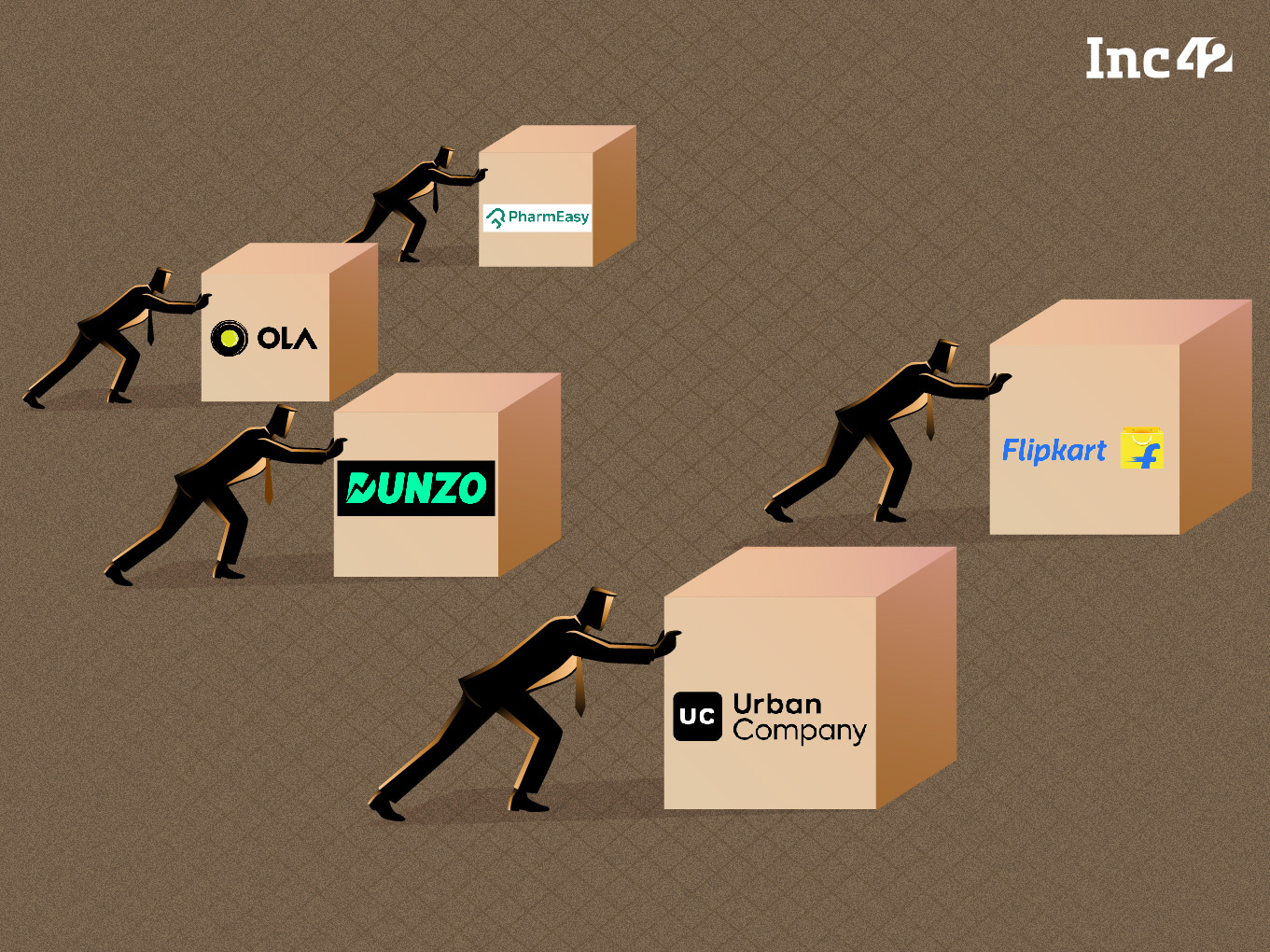 Ecommerce firm Flipkart has topped the list of Fairwork India Ratings 2021 with a cumulative score of 7 out of 10. Flipkart had previously also topped the ratings in 2019.

The ratings highlight the working condition of app-based gig workers and ranks companies based on that. The study assesses startups from service domains such as domestic and personal care services, logistics, food delivery and transportation.

Home services company, Urban Company, came second on the list with a score of 5. It was followed by food delivery giant, Swiggy and Tata-owned online grocer, BigBasket. Mobility startups like Ola, Porter and Uber fared the worst and settled at the bottom of the table with 0 points each. 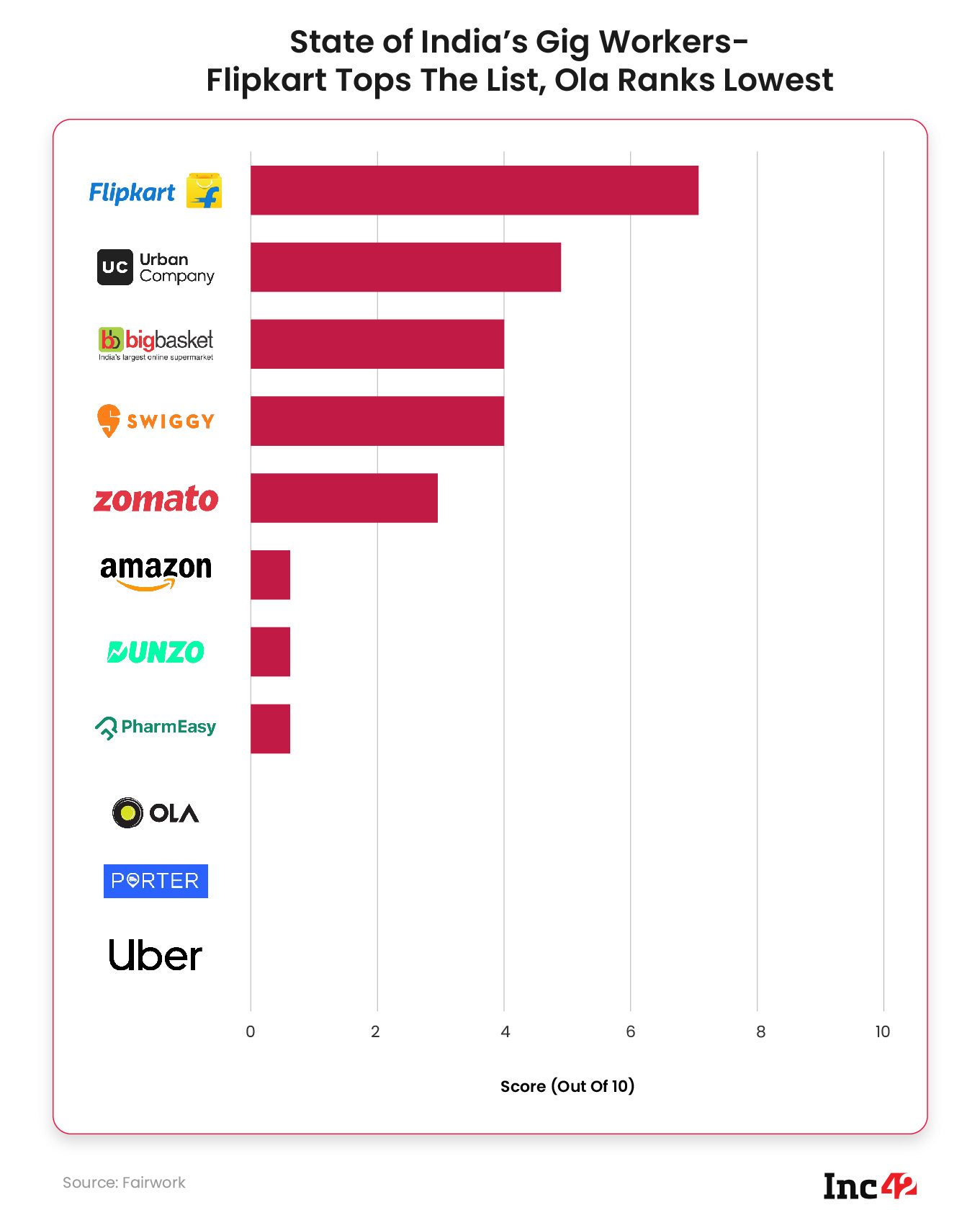 In 2020, Urban Company had topped the list, but lost its numero uno position to Flipkart in 2021 ratings. This after the startup was hit with a barrage of protests by its ‘partners’ over low wages and poor working conditions. Subsequently, in December last year, the startup brought a lawsuit against four of the protestors, citing that the protests were illegal.

The ratings are compiled after combining rigorous desk research, worker interviews, and evidence provided by the platforms. The study focuses on five principles of fair work and awards a basic and an advanced point to a platform for each principle.

According to a report by consulting firm Boston Consulting Group and Michael & Susan Dell Foundation, over 200 Mn people are employed in the gig workforce globally. The same report notes that the gig economy could add up to 90 million jobs to the economy and contribute an incremental 1.25% to India’s GDP.

As covid ravaged the country last year, gig workers suffered the brunt of the situation. Left to fend for themselves, gig workers were forced to contend with falling incomes even as the pandemic brought them to their knees.

Add to that, poor working conditions and no redressal mechanism regarding health hazards posed by their jobs, made their lives even worse.

The gig startups have previously too refused to bear the medical expenses of its gig workers if they are hospitalised in the line of duty. This grim picture is quite a contrast when it comes to the employees of these startups, who enjoy four-day working weeks, unlimited paid leaves, in-house counselling sessions and more.

Earlier, in December of 2021, the Apex Court, while hearing a plea filed by gig workers, had issued notices to the Centre and apps like Uber, Ola, Zomato and Swiggy The petitioners had sought recognition of gig workers as ‘unorganised workers’ under the ‘Unorganised Workers’ Social Welfare Security Act, 2008.

Interestingly, the Fairwork report also mentions notable changes implemented by these firms to better the lives of their gig workers. BigBasket has instituted a “Gig Workers Payment policy” which ensures that all gig workers earn at least the hourly minimum wage.

Flipkart and Urban Company too have announced their commitment to ensuring hourly minimum wage for all their gig workers. Zomato too has announced that it will work towards increasing awareness of insurance policies and claims procedures amongst their workers.

BigBasket along with Flipkart, Swiggy and Urban Company claim to have instituted regular audits to check for bias in the outcomes of their work allocation processes.

As more and more stories come to the fore about the deplorable conditions of gig workers, these ratings serve as a mirror to these startups and can force their hand to ensure better working conditions for their workers.