In September, the Indian Federation of App-based Transport Workers (IFAT) had filed a petition at the Supreme Court seeking social security 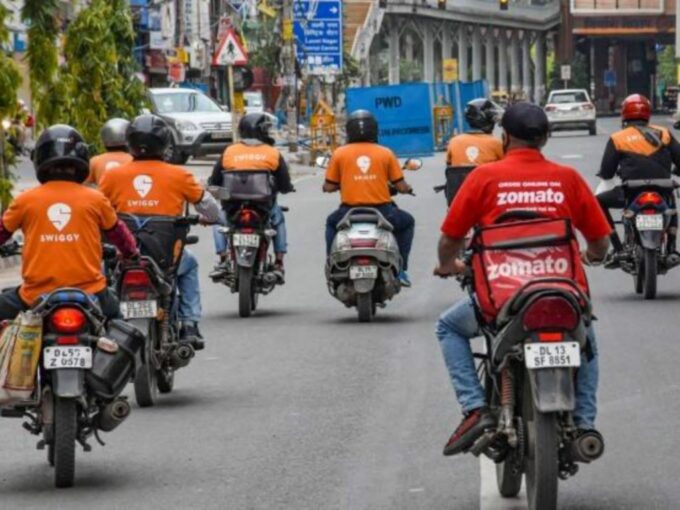 The Supreme Court has issued notices to the Union Government and gig ecosystem based apps – Uber, Ola, Zomato and Swiggy – on the petition filed by gig workers seeking social security from the platforms.

Agreeing to hear the petition filed by the IFAT, the apex court has given the companies and the Centre a period of four weeks to respond to the notices. The court will next hear the matter in January 2022.

In its petition filed in September, the workers’ association had asked whether the recognition of ‘Right to Social Security’ is a guaranteed fundamental right for all working people, be employed in the formal or informal sectors.

It sought the recognition of gig workers as ‘unorganised workers’ within the meaning of the ‘Unorganised Workers’ Social Welfare Security Act, 2008 and emphasised that they are entitled to registration and social security under the said Act.

“The failure of the State to register them as ‘unorganised workers’ or to provide them social security under the existing law is a violation of their rights under Article 21 of the Constitution of India (“CoI”). The rights include: right to work, right to livelihood, right to decent and fair conditions of work. It is also a denial of the right to equality before law and equality,” it had said.

IFAT had alleged exploitation of gig workers and ‘platform workers’ through forced labour.

The petition had asked the top court to direct the government to include the option of registering as a gig worker on the E-SHRAM portal.

As the gig economy in India is yet to be regulated, protests and allegations by gig workers against the alleged ‘exploitation’ have been surfacing of late. Globally too, such protests and labour lawsuits are rising at a fast clip.

In October, women partners of Urban Company working as beauticians took to the streets in the national capital and few other cities against ‘increase commission’, ‘arbitrary insurance policy’ and other issues.

Following the incident, the company came up with measures to address their concerns.

Be it Ola or Uber, Zomato or Swiggy, time to time, workers on these platforms have raised their voices against long hours, poor pay and lack of workplace safety, but no permanent resolution has been reached yet.

In August this year, food delivery executives working for Zomato and Swiggy took to Twitter to express their anguish and anger over the alleged reduction in their earnings.

In September 2020, Swiggy’s delivery workers also went on strike in Chennai, Hyderabad and Noida, underlining a dip in their minimum payout per delivery from INR 35 to INR 15 and the removal of monthly incentives to the tune of INR 5,000.


A month later, Inc42 covered the Hyderabad clashes between Swiggy’s delivery workers who had gone on strike demanding better working conditions and others who had continued to work for the company to cope with the financial crunch at home.

Global gig economy unicorns such as Uber and DoorDash had pushed back on such legislation in the US and Europe when the legal systems sought to classify the gig workers of those companies as full-time employees eligible for social security benefits. Both Uber and DoorDash consider their delivery workers and cab drivers as contractual, part-time employees.