Updated: Flipkart Raises $1 Bn In Fresh Round Of Funding, Now Valued At $5 Bn

Updated: Flipkart Raises $1 Bn In Fresh Round Of Funding, Now Valued At $5 Bn 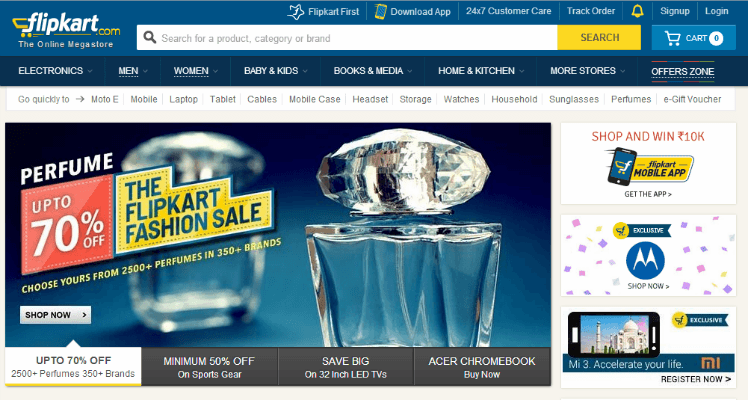 [Update] Today Flipkart has confirmed that it has raised US $1 Bn in new funding round which is indeed one of the largest funding rounds for any ecommerce company globally – and the single largest round by an internet company from India. The round was co-led by existing investors Tiger Global Management and Naspers.

The funds will be used to make long-term strategic investments in India, especially in mobile technology.

We believe the internet will improve the quality of life for millions of Indians, and e-commerce is going to play a huge role in this change. The focus at Flipkart is to continue to make shopping online simpler and more accessible through the use of technology.

We have close to 22 million registered users today. We handle 5 million shipments a month. These numbers were unheard of a few years back and we are excited about the scale we have managed to achieve. But what is even more exciting is the huge opportunity that we still see before us.

India has 243 million internet users – and this number continues to grow very fast. We want to enable every Indian to either shop or sell online. And we believe that the power of the mobile internet is going to help us achieve this goal.

By 2020 India will have more than half a billion mobile internet users. Our intense focus on mobile and technology puts us in a unique position to take advantage of this massive opportunity.

This new funding will enable us to step up our investments for innovations in products and technologies, setting us up to become the mobile e-commerce company of the future. This funding will help us further accelerate momentum and build our presence to become a technology powerhouse. Raising funds is a child’s play for Indian ecommerce poster boys. Yes, our very own Flipkart has raised another round of $1Bn in funding taking the valuation of the company to a whooping $5 Billion.

Existing investors including Tiger Global, DST and Accel Partners have participated in the round along with new investors speculated to be Singapore’s sovereign wealth fund GIC and US based investment firm T Rowe Price,  as per reports.

Though the report mentions this $1 Bn round as a fresh round of funding, we have our doubts. It’s very likely that the earlier reported round of funding of $210 was actually a $1.2 Bn round. Now in an announcement they may declare this round as a new round. Flipkart has done this before last year when it raised $210 Mn and $160 Mn. So much for fresh PR.

With this round, the total funds raised by the ecommerce player has reached $1.7 Bn. We have written to Flipkart for the same, however we haven’t heard back yet.

In March this year, it’s sales had hit $1 Bn revenue run rate in GMV (gross merchandise value), one year before its target. Flipkart has been the preferred choice for a lot of device manufacturers as phones like Moto E, Moto G and now Xiaomi Mi3 were launched exclusively in India on Flipkart. Though Flipkart couldn’t handle the traffic volumes earlier in case of Moto series and now in Xiaomi.

Flipkart is trying hard to keep a lead over Amazon, which had launched its Indian operations last year and is aggressively expanding its footprint in the country. Looking at Amazon’s initiatives of next-day and same day delivery, Flipkart has also launched scheduled delivery which is currently available in Bangalore, Delhi, Mumbai and Kolkata and will be extended in other cities soon. 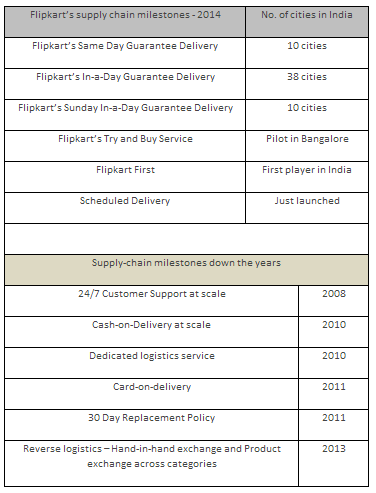 Very recently, the e-tailer launched its own product range of tablets under the name “DigiFlip”. As per our sources the online retailer is having a hard time to boost the sales of the tablet. Hope now there will be no cash crunch challenge in marketing it.

Recently, its closest competitor Snapdeal had raised $ 133 Mn in a funding round led by eBay and others. Prior to getting acquired by Flipkart, Myntra too had raised $50 Mn in funding from Premji Invest with its existing investors also participating in the round. Adding to this, Jabong had also raised $100Mn in funding this year.

We have written to Flipkart and will update the story as it unfolds. Stay Tuned.