As Per The FIR, Flipkart Founders Defaulted On Payment For Over 12000 Laptop units 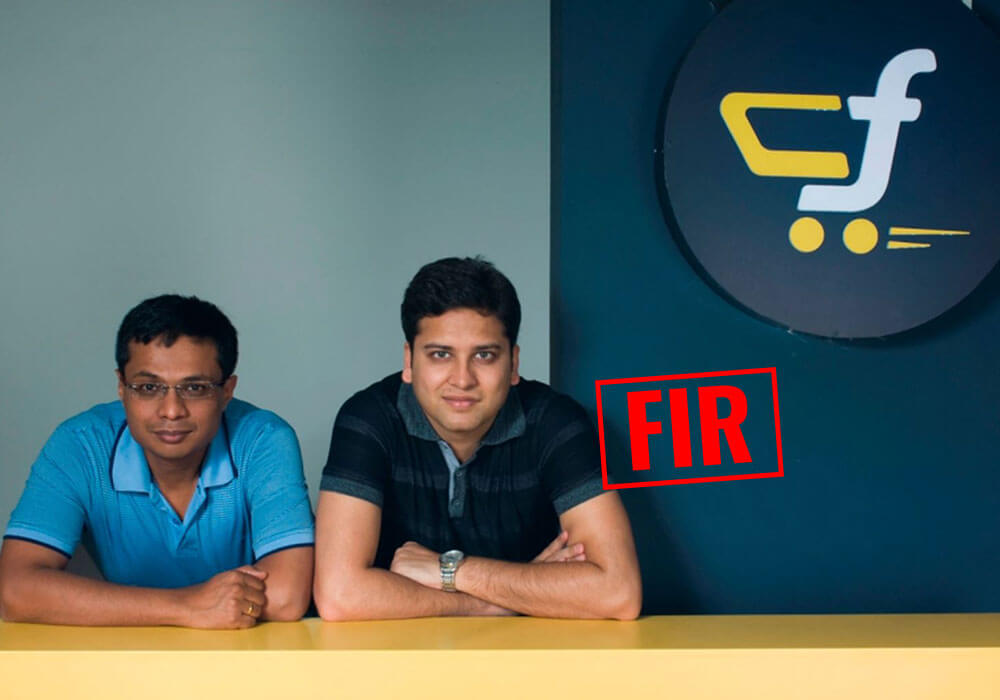 While the year 2017 is about to close its curtains, Flipkart has gotten itself into another legal battle. Reportedly, a Bengaluru-based businessman Naveen Kumar has filed an FIR against founders Sachin Bansal, Binny Bansal as well as three other employees alleging them of a $1.5 Mn (INR 9.96 Cr) fraud.

Naveen is the owner of the Indiranagar-based C-Store company. As stated by Naveen in his complaint, he supplied 14000 laptops to Flipkart between June 2015 and June 2016 for its Big Billion Day sale.

“Flipkart returned 1,482 units but did not pay for the remaining units. TDS and shipping charges for those units too were not paid. When asked to clear the dues, Flipkart falsely claimed it had returned 3,901 units. By not clearing the dues, they have cheated me to the tune of INR 9,96,21,419,” as stated in the FIR.

As per media reports, a case has been registered under IPC sections 34 (common intent), 406 (criminal breach of trust) and 420 (cheating), and a probe was on.

This is not the first time that Flipkart has been involved in such legal tangles or has faced disappointments and penalties. Just few months back, in July 2017, Flipkart’s Ex-COO Nitin Seth sent a legal notice to the ecommerce company. The notice alleged the company of wrongful termination. He resigned from his position as the Chief Operations Officer in May 2017.

Not only this, in the same month, Flipkart also ran into trouble with the All India Online Vendors Association (AIOVA) over a technical malfunction that caused the ecommerce marketplace to record wrong weights for shipments. As per reports, the financial impact of the problem ranged between 20% and 30% of a vendor’s gross merchandise volume (GMV).

Here is a timeline of similar incidents which got the media eyeballs rolling in the last 10 years of its inception:

Flipkart faced a really bad phase from 2015 till the end of 2016 with issues like lack of funding, leadership hassles and several legal allegations haunting the founders. With the entry of Tiger Global’s Kalyan Krishnamurthy in January 2017, things seem to get again on track, although at the cost of several senior executives’ resignations. But as they say, all is well that ends well. Flipkart, which had once dropped down to a valuation of $5.37 Bn, is now worth $11.6 Bn.

Looking at this, it is difficult to ascertain whether a company having raised over $4 Bn this year, will do such payment defaults. That too at a point, when the arch-rivals such as Amazon, Shopclues, and Snapdeal are leaving no stone unturned to grab the maximum share in the Indian ecommerce, a market worth $200 Bn. As the response of Flipkart founders is not available, what action company will take against this FIR is a wait and watch situation for now.

After news of the FIR against Flipkart co-founders Sachin Bansal and Binny Bansal surfaced yesterday, the ecommerce company released a statement, calling the allegations “false and baseless”.

“Flipkart is exploring all available legal possibilities to safeguard its interests, including but not limited to initiating proceedings for defamation against the complainant. The FIR appears to be nothing but an endeavour to harass and pressurise the company to succumb to baseless demands,” Flipkart said in the statement.