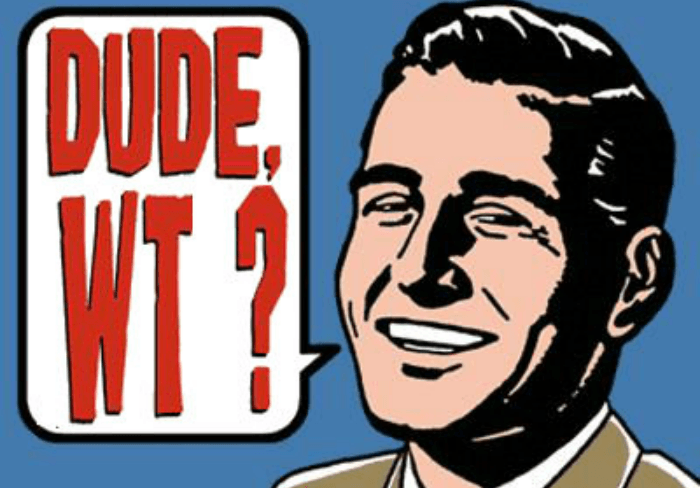 The festive season is here and so are the ecommerce players ready with their sales and offers.

Like every year, to woo new customers, our dear ecommerce biggies are making a lot of buzz by offering sales, discounts and a lot more. Flipkart which is running this year’s Diwali sale by the name Big Billion Day today, grabbed a lot of eyeballs even before the sale began.

As claimed by Flipkart, Big Billion Day was here to offer huge discounts and exciting deals on all its seventy categories.

Hear ye, Shoppers! October 6th it is! Wherever you are, with whomsoever you are, pause for a minute and mark your calendar for the Big Billion Day, for the very first time ever on your favourite shopping site, Flipkart. With Diwali fast approaching, Flipkart has made shopping for your loved ones a lot easier, with the 6th October Big Billion Day. Let finance take a back seat as we prioritise sentiments over everything else. Share the joy and spread the love!

However it turned out to be a disappointment for many, as social media was abuzz with trolls of #BigBillionDay with various users mocking Flipkart for increasing prices and then giving discounts today, for products being out of stock and various other reasons.

Flipkart claimed to give over 30%-90% discounts on most products. To check out how genuine these deals were, Mission Sharing Knowledge carried out a research using “Compare Hatke” chrome extension from BuyHatke, which helps customers to actually understand how the prices were in the past few days and which indeed helped us understand the other side of story behind the tactics of discounts and sales offered by Flipkart. The comparison shows that prices of products were increased few days before the sale. 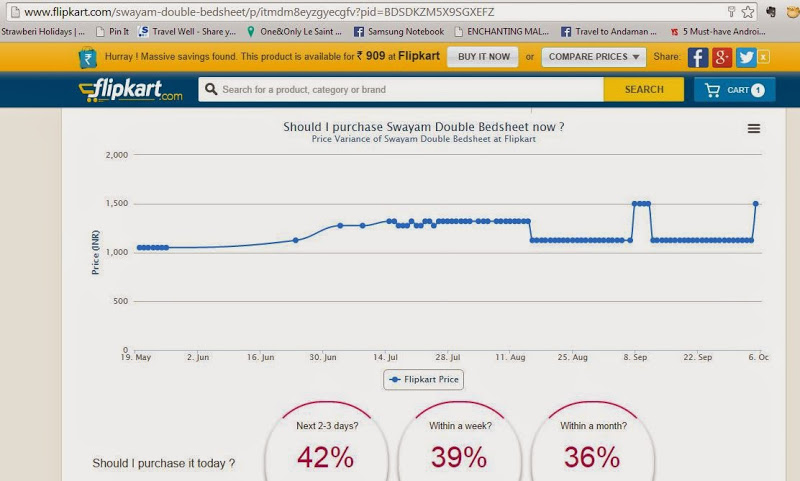 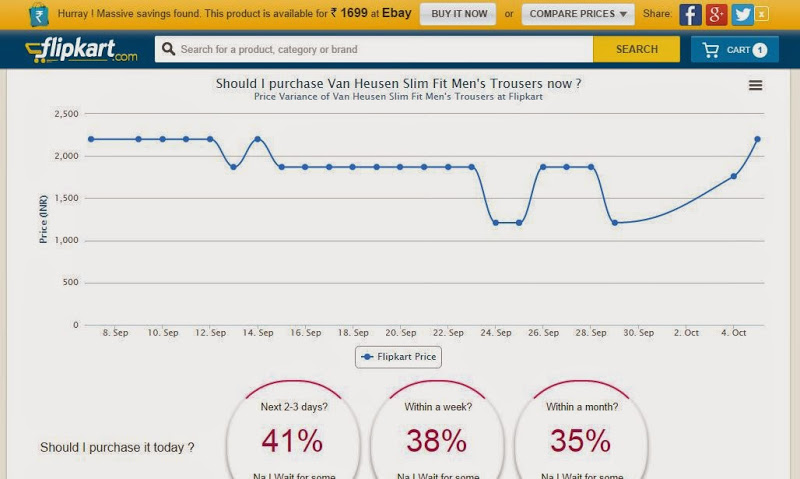 To save some face, Flipkart has now disabled the Buy Hatke plugin on their website.

Even many products were seen over-priced. 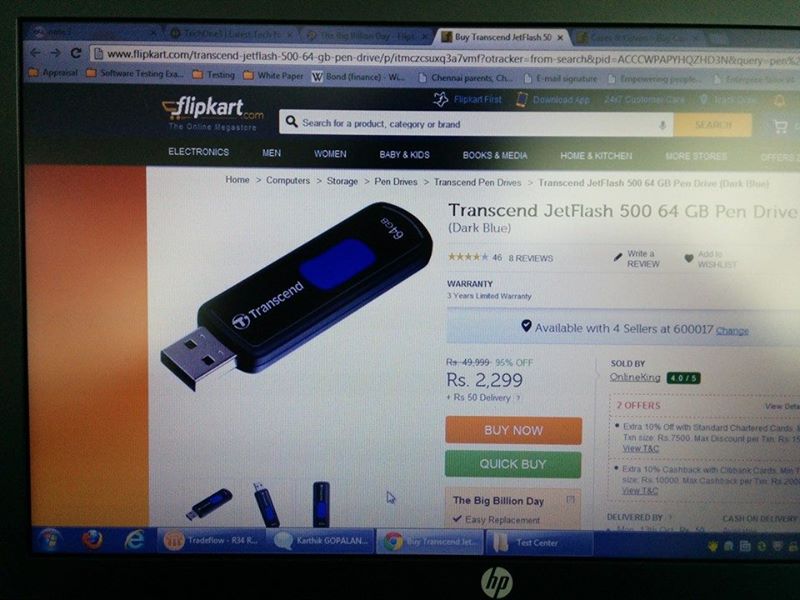 Well that’s just one story about the Big Billion Day. Despite of these things being out, customers were still seen excited about the sale today. But to conclude in simple terms, Flipkart wasn’t able to give a good shopping experience to its customers.

It seems Flipkart has increased the pricing of products prior to the discount sale and is now selling in discounts in ‘Big Billion Day’ sale!

Within few minutes of sale getting started a lot of aggression on social media was seen with people complaining of products being out of stock, website not responding, 404, 502, errors and much more.

Flipkart ‘s #bigbillionday #bigbillionsale. What you actually sold out today is your own damn credibility . #Megafail

Flipkart pulled a fast one by listing those JBL headphones for Rs. 99 in their newspaper ad. Can’t find it on the site. #BigBillionDay — Rohan Chandrashekhar (@rohancs) October 6, 2014

So are u ready for the big billion dhoka by @flipkart ?? Price of item increased to 5 fold n thn 80% discount! Pls RT pic.twitter.com/r7Rqxd9YRd

Few were seen joking around the situation

Even rajnikanth is not able to buy on #flipkart today. #BigBillionDay #OutOfStock #error404

And Flipkart was seen apologising for the inconvenience throughout

You maybe facing issues shopping on our site right now – sorry! We’re fixing this as we speak and will be up and running in 15 mins! — Flipkart (@Flipkart) October 6, 2014

@techno_monk Due to great shopper response for steal deals & limited time offers, our stocks ran out in a flash. There’re more..stay.

@lavaramu Regret the inconvenience. This is due to the mad rush..we’ve few issues with the Website at times. Bear with us please.

Adding to this, few happy customers who were able to place orders were left with a bad after taste as they failed to get order confirmations even after making payments and many were not been able to see the products in the cart.

The sale which was expected to go on throughout the day, however came to end within 7 hours. While scrolling through Flipkart, we found out that almost all the items on the website are out of stock as of now.

A report by ET also suggests that “at around  2 PM, seller accounts of third party vendors on Flipkart have been put as pending i.e no more orders will be taken for the day and products will now show the status as ‘out of stock’.” Only a few selected deals will continue to be listed, but essentially the sale is over, it stated.

During this time, Flipkart was able to receive 3,00,000 orders in 6 hours which it says is the limit for their enormous logistics team to process. But it appears that Flipkart’s inability to manage the sales and failed customer experience is what made it to end the sale.

With a number of flash sales and exclusive partnerships with Motorola, Xiaomi, etc in it’s pocket, one would have expected Flipkart to have learnt that with such a heavily promoted sale day, there would be hoards of customers scrolling through it’s website searching for the much awaited “deals”. It’s inability to manage traffic, stocks and it’s website crashing and pulling down sales with a mere 3 lakh orders is not what customers expects from Flipkart.

While in its attempts to create a bang during Jeff Bezos visit to India, by putting hoardings across Bangalore city, Flipkart forgot that Amazon is not the only one in the game. Snapdeal today broke it’s silence and trolled Flipkart’s marketing strategy by posting the following ad on the first page of TOI stating “For others it’s a big day. But for us, Today is no different.” alongside Flipkart’s ad. 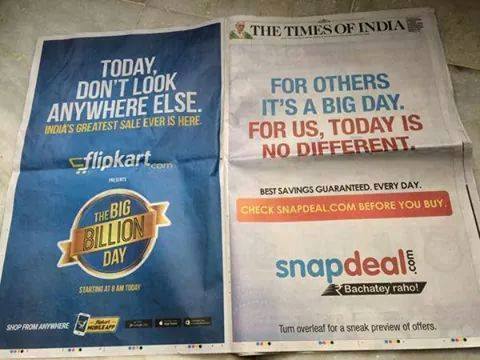 Later in the evening today, another blunder got highlighted – Ironically, the domain BigBillionDay.com was redirecting to Amazon.in. Initially it was believed that after Snapdeal now Amazon has played its part in trolling Flipkart, but after digging a little further, we found out that the domain is owned by an individual from Kerala and was registered and set up on 4th Oct. It appears that the folks at Flipkart were busy in damage control and creating hurdles for others, but forgot that others are also there to hit them back.

Flipkart got 1 Bn hits on the site in one day and it sold goods worth $100 Mn in just 10 hours.  However customer reactions seem to tell a different story.

Well this is just the beginning! After a failed and not exactly pleasant shopping experience provided by Flipkart, not to mention the artificial price escalations, loyalists have begun to switch towards Snapdeal and Amazon. However no one can deny the Flipkart’s ability to generate this kind of buzz. This is probably what’s needed to reach out and convert people into ecommerce customers.