The Mumbai-based fintech startup allocated over 93.37 Lakh shares to the anchor investors on Thursday. 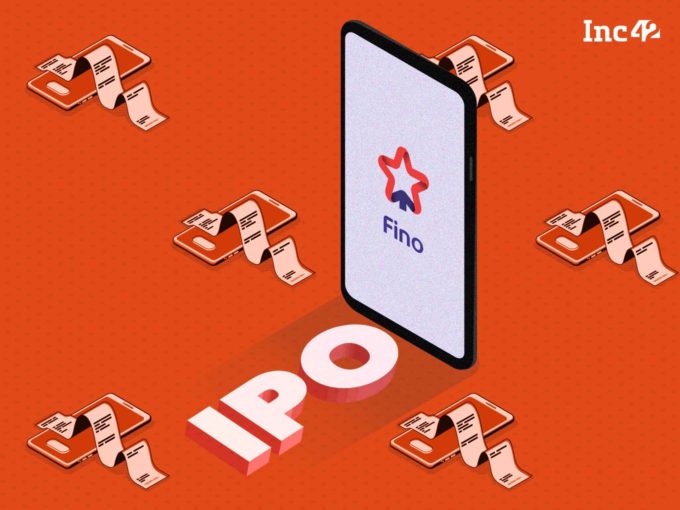 A day ahead of its initial public offering (IPO), Fino Payments Bank has raised INR 538.78 Cr from anchor investors.

The Mumbai-based fintech startup has allocated over 93.37 Lakh shares to 29 anchor investors on Thursday.

“Under Anchor Investors (AIs) portion in the Public Issue of Fino Payments Bank Limited, 93,37,641 equity shares have been subscribed today at Rs 577/- per equity share,” it said.

“Out of the total allocation of 9,337,641 equity shares to the anchor investors, 3,646,425 equity shares were allocated to 5 domestic mutual funds through a total of 17 schemes,” said the filing. The mutual funds which were allotted shares include Motilal Oswal MF, Aditya Birla Sun Life Trustee and Tata Mutual Fund.

It received the SEBI’s nod for its IPO earlier this month. The offer would consist of a fresh issue of shares worth up to INR 300 Cr and an offer for sale of up to 15,602,999 equity shares. The OFS would also include a portion of stocks reserved for employees aggregating up to INR 3 Cr, according to Fino’s red herring prospectus (RHP).

The payments bank is a wholly-owned subsidiary of Blackstone-backed Fino PayTech. Blackstone owns 14% stake in the fintech firm.

In its prospectus for the offering, Fino Payment Bank said that its promoter, Fino PayTech will be entitled to the proceeds of the offer for sale, and the bank will not receive any proceeds from the OFS.