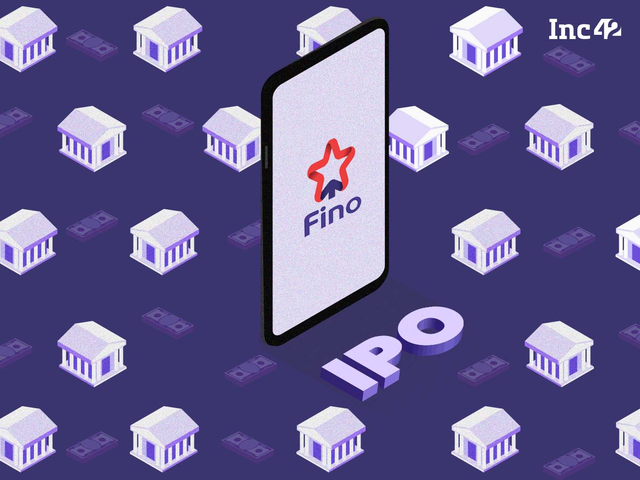 Over three weeks after receiving SEBI’s nod for its initial public offering (IPO), Fino Payments Bank has announced that its offer will open on October 29 and end on November 2.

The offer would consist of a fresh issue of shares worth up to INR 300 Cr and an offer for sale of up to 15,602,999 equity shares. The OFS would also include a portion of stocks reserved for employees aggregating up to INR 3 Cr, according to Fino’s red herring prospectus (RHP).

The payments bank is a wholly-owned subsidiary of Mumbai-based Fino PayTech. The parent company is backed by Blackstone which owns a 14% stake in the fintech firm.

In its prospectus for the offering, Fino Payment Bank said that its promoter, Fino PayTech will be entitled to the proceeds of the offer for sale and the bank will not receive any proceeds from the OFS.

It plans to utilise the net proceeds from the fresh issue towards augmenting its tier-1 capital base to meet its future capital requirements. The proceeds will also be used towards meeting the expenses in relation to the offer.

Additionally, Fino also expects to receive the benefits of listing the equity shares on the stock exchanges, it said.

Fino turned operationally profitable in the fourth quarter of FY20 and has remained profitable since. In FY21, it reported a profit of INR 20.4 Cr. However, on an accumulated basis, it is yet to turn profitable as it has been carrying forward losses from its initial days.

The payments bank reported a 14% growth in total income in FY21 at INR 791 Cr compared to INR 691 Cr in FY20. The IPO would open just a day after the offer of FSN E-Commerce, which operates the online lifestyle and beauty products marketplace Nykaa, hits the market.

With the public offer, Fino will join the league of India startups to have gone public in the past few months starting with the bumper listing of Zomato in July.

Adding to the number of new-age companies to be listed on an Indian exchange, securities market regulator SEBI last week approved the IPOs of digital payments giant Paytm and Policybazaar’s parent P.B. Fintech. These two offers along with that of another fintech major MobiKwik are expected to hit the market around Diwali.