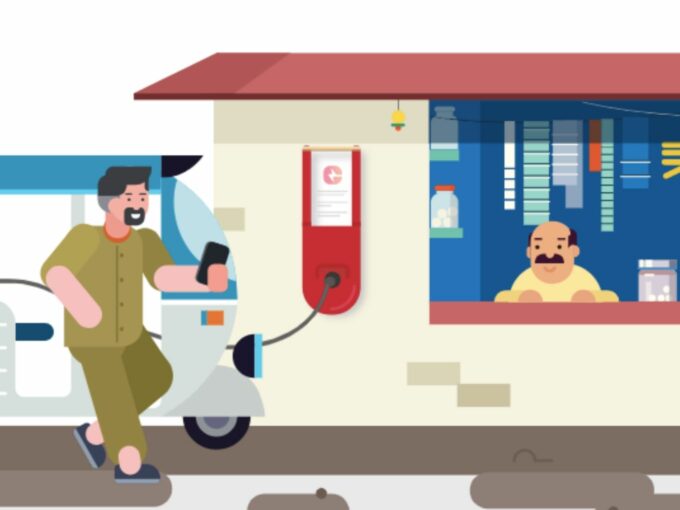 The lack of electric vehicle charging infrastructure is one of the major hurdles in large scale adoption of EVs in India. As the cost of installing charging stations is high at the moment, given the low demand, the return on investments is also up for debate. So India’s EV industry is caught in a vicious circle of building up infrastructure to drive demand and needing demand to build infrastructure. Bengaluru-based FAE Bikes has a more affordable solution in the form of a low-cost charging station called Kirana Charzer.

FAE says the installation of a Kirana Charzer costs only INR 10K. It has planned to set up charges at nearby Kirana stores as well as retail outlets, which will also help shop owners earn additional income. As of now, the startup is partnering with grocery stores, restaurants and homes with standard power supply. Moreover, FAE Bikes has allowed shopkeepers to sell charging services at their own price.

The startup claims that the Kirana Charzers are compact and do not require much maintenance since the internet-of-things (IoT) technology indicates any problems with the device. Moreover, the startup also allows store owners to retain the full revenue generated from its operations.

Founded by Dheeraj Reddy, Sameer Ranjan Jaiswal, and Yugraj Shukla, FAE Bikes offers e-bike rental services. Backed by the Karnataka government, the startup has also launched a mobile app to help users locate charging stations and get an estimate of the charging fees. EV users can charge their bikes, three-wheelers, and cars using the Kirana Charzers.

FAE has received orders for 470 charging stations, Jaiswal said and it’s planning to install one lakh charging stations in 2020, beginning March. The first such charging station will be installed at Jaideep Motors in Electronic City Bengaluru. “We have also partnered with EV Manufacturers Hero Electric and Jitendra EV Tech and will provide free subscription for their users in Charzer app for 60 days,” Jaiswal added.

Calling EV charging stations the petrol pumps of the future, Jaiswal said that real scale and adoption can only happen if the general public gets involved in setting up the charging infrastructure. “We have designed Kirana Charzer keeping these issues in mind,” Jaiswal was quoted as saying.

Besides FAE Bikes, other startups which are setting up EV charging infrastructure in India include Magenta Power, Volttic, EVI Technologies, among others. Moreover, under the FAME II programme, the government is also installing a network of 2,636 EV charging stations across the country.