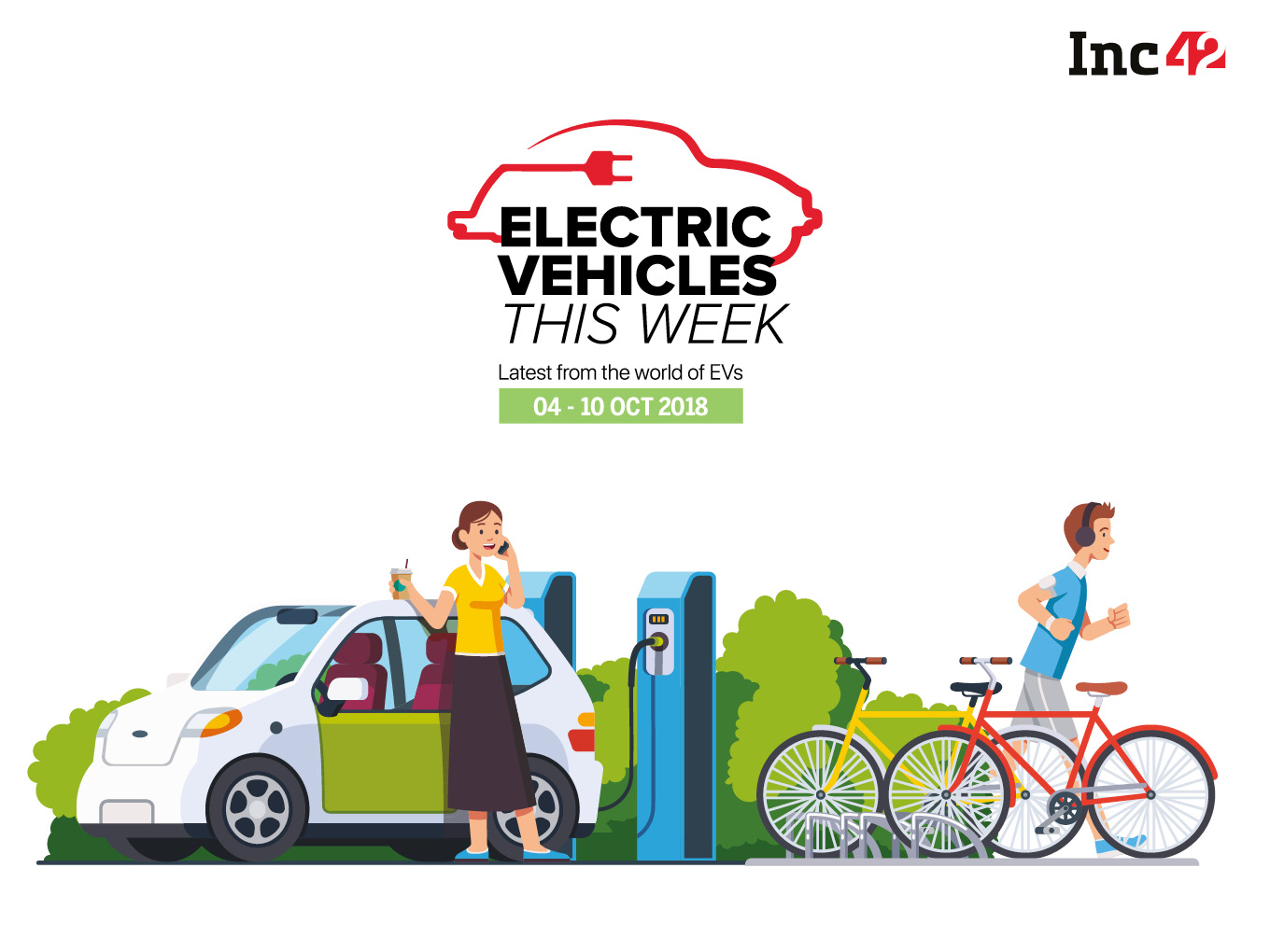 The Indian government’s push for the adoption of electric vehicles (EVs) seems to be picking up speed, finally.

According to the latest data obtained from the Society of Manufacturers of Electric Vehicles (SMEV), 56,000 units of EVs were sold in India till April 2018, a 124% jump from the 25,000 EV units sold in the previous year.

“The numbers indicate that Indians are accepting electric vehicles as an economical as well as a cleaner mode of transportation in comparison to conventional vehicles,” SMEV director general Sohinder Gill was cited as saying.

Meanwhile, the Centre has extended the period for the FAME-India scheme to March 31, 2019, or till a notification on FAME-II. The second phase of the scheme, aimed at promoting electric mobility and alternative fuels in the country, was to be implemented in September. FAME-II to plans to offer incentives of around $746 Mn (INR 5,500 Cr) to promote EV adoption.

“If FAME II scheme would have come and had the manufacturers started preparing from April, we would have touched 100,000 units of EV sales this fiscal,” Gill told PTI.

Here’s a curated rundown of important and related developments on the EV Ecosystem in the 45th edition of Electric Vehicles This Week [October 11-17].

Clean energy solutions provider Magenta Power has set up India’s first EV billing meter in association with the Maharashtra State Electricity Distribution Company Limited (MSEDCL) in Navi Mumbai. It will be deploying such EV billing meters in all its six charging stations already in operation.

“While this meter setup is a small step it is a significant one in India’s EV journey,” Magenta Power Director Maxson Lewis was cited as saying.

Allianz Tech Adds EVs To Its Cab Fleet In Kerala

IT provider Allianz Technology India has added five electric vehicles to its employee cab fleet at Technopark in Thiruvananthapuram. The company maintains that the move is a big step that exemplifies its green commitment as responsible corporate citizens.

MG Motor India plans to roll out a locally manufactured electric SUV by the first half of 2020 with the investment of $500 Mn by next year for the first phase. It plans to manufacture the electric SUV at its Halol plant in Gujarat.

Meanwhile, China’s Great Wall Motors, which has its technology hub in India for coding software for electric vehicles, has started hiring for the local automotive business to be launched around 2021-2022. The company recently hired Kaushik Ganguly from Maruti Suzuki to craft its India blueprint, according to reports.

Twenty Two Motors co-founder Parveen Kharb said, “We envisioned to facilitate Indian customers with smart EV vehicles and a proper infrastructure with charging stations and efficient battery, and our partnership with KYMCO is the next step in this direction.”

BMW, Umicore Team Up With Sweden’s Northvolt For EV Batteries

Swedish EV battery-maker Northvolt has joined forces with German luxury carmaker BMW and Belgium’s Umicore to develop a process for electric car batteries to be recycled, Reuters reported. BMW had invested an undisclosed funding in Northvolt, which is building Europe’s largest battery factory in Sweden to produce 32-gigawatt hours (GWh) of battery capacity a year by 2023.

Britain will cut the incentives available to those buying plug-in hybrid vehicles. Buyers of vehicles that emit less than 50 grams/km of CO2 and have a zero-emission range of at least 70 miles will see the grant they are eligible for reduced by 22% to $4,630 (3,500 pounds).

According to Reuters, those purchasing cars emitting up to 75 grams/km of CO2 but with a lower zero-emission range will no longer be eligible for such support under plans due to come into force next month.

Tesla Inc has signed an agreement with the Shanghai government for an 860,000 square metre plot of land to build its first overseas Gigafactory. The US electric automotive company had signed a deal with Shanghai authorities in July to open a plant in the Chinese city with an annual capacity of 500,000 cars.

“Securing this site in Shanghai is an important milestone for what will be our next advanced, sustainably developed manufacturing site,” Tesla worldwide sales vice president Robin Ren said.