The Facebook page for Kisan Ekta Morcha, which has been posting information on the farmer protests, page was restored soon after 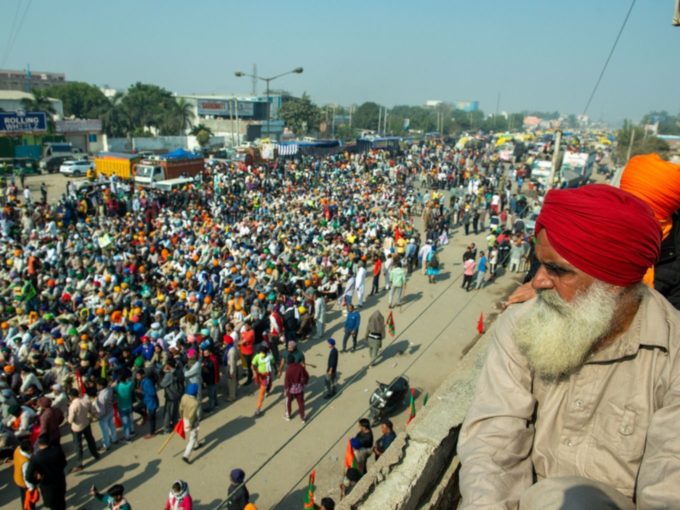 While Facebook India has come under fire for not banning right-wing organisation Bajrang Dal despite instigating posts, the social media platform went ahead to “unpublish” Kisan Ekta Morcha’s page on Sunday (December 20).

The community had been posting updates and information about the farmer protests in northern India and other parts of the country, but was banned by Facebook citing “Community Standard on Spam”. After many Facebook users and others complained against the seemingly arbitrary removal, the page was restored the same day

However, the company did not give any explanation on why the page was unpublished in the first place. Meanwhile, activist and former Aam Aadmi Party leader Yogendra Yadav has claimed that he was in the middle of a Facebook Live from Kisan Ekta Morcha’s page, when the page was taken down. “There must be something about farmers that this govt is particularly scared of & something about this govt that Facebook is particularly scared of,” he added.

Commenting on the controversy, the Internet Freedom Foundation (IFF) said that Facebook’s action to unpublish Kisan Ekta Morcha’s page has once against necessitated a closer look at its content moderation practices and policies. The organisation added that India is Facebook’s largest market with about 300 Mn users, yet there is very little transparency or accountability.

It added that Facebook, at the very least, is expected to issue a detailed statement on how and why was the page of Kisan Ekta Manch unpublished. “Second, it needs to provide a public commitment for a transparent human rights review as provided in the United States.”

In response, a Facebook spokesperson added, “As per our review, our automated systems found an increased activity on the Facebook page www.facebook.com/kisanektamorcha and flagged it as spam, which violates our Community Standards. We restored the page in less than 3 hours when we became aware of the context. The review showed that only the Facebook page was affected by the automated systems while the Instagram account remained unaffected.

The vast majority of our work fighting spam is done automatically using recognizable patterns of problematic behaviour. For example, if an account is posting over and over in quick succession that’s a strong sign something is wrong. However, we also rely on our human review team to work on cases where human expertise is needed to understand the context of a particular situation.

Meanwhile, Facebook India representatives headed by India chief Ajit Mohan appeared in front of the Parliamentary Standing Committee on Information Technology, on December 16, in relation to the Bajrang Dal controversy. The company claimed that its fact-checking team did not find anything offensive and inflammatory in the content posted by right-wing organisation Bajrang Dal. Therefore, Facebook decided to not take any action against it.

“The Facebook team said this was the reason why the content was not removed and underlined that it would not be removed in the future,” a person aware of the development told ET.

However, a Wall Street Journal report published on December 13 noted that the social media giant has previously held an internal discussion about banning ‘dangerous organization’ Bajrang Dal from the platform, but did not take any action for political and employee safety consideration.

To make matters worse, another WSJ report that came out in August, highlighted that Facebook deliberately did not take any action against BJP leaders to seek political favours from the Indian government.

The article has been updated to include Facebook India’s clarification.