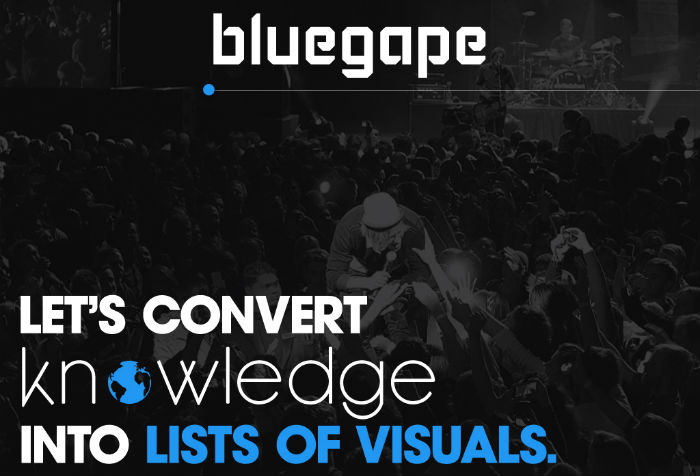 It was January last year when bluegape created a lot of buzz in the Indian startup ecosystem by raising a funding of $300K through LetsVenture. Known as the “Fan merchandise store” with IIT Kanpur founders and a 60 member team with a revenue run rate of a Crore+ per month, the cherished days of this startup soon came to a halt as bluegape had to put an end to the fan merchandise business within a year of raising funds due to various issues.

But for the founders this wasn’t the end of the road. The company, along with a motivated team, decided to pivot the business and launched a new platform just 15 days after it had announced the shutdown of its merchandise business.

Three months since its pivot, the startup has now raised $200K in an angel round of funding led by Rudy Gopalakrishnan of Fidelity and ah! Ventures. Rudy has invested INR 1 Cr in his personal capacity in this round.

Bluegape now provides a platform where any one can make collaborative listicles with visuals, and people can add to the lists, they are visioned to convert world’s knowledge in the form of lists of visuals. And these lists can further be embedded on other sites.

“When we started bluegape as fresh college grads, our journey started from Zero. But starting all over again with Zero users, Zero pageviews was both challenging and fun,” Sahil Baghla, Co-founder and CEO, bluegape said.

Many startups launch every year but only a few of them live to gain significant traction and rest don’t even survive more than a year. There are many startups that managed to get enough traction and create a brand initially, but gradually they faded away as well, story of Fab.com is one such example. The story of bluegape is one which proves that if you have a good team, persistence, passion and enough motivation, then definitely you will eventually reach your goals by any means. “Pivots are never easy, but the story of bluegape is the one which proves that if you have a good team, persistence, passion, and enough motivation, then investors will back you through the thick and thin and the venture will achieve success that its striving for. The confidence that Sahil & team projected during their investor interactions helped them close the commitments from ah! Angels within a matter of a week – which is a record in itself. We hope to be able to back more such entrepreneurs and ventures in the future.” says Harshad Lahoti, Founding Partner & CEO, ah! Ventures.

Based out of Gurgaon, bluegape was founded by Sahil along with Ayush 3 years back. The company is backed by TLabs and has received a total funding of $500K till date.