Following the ban, MPL was one of the first fantasy sports platform to have pulled the plug on its operations

Last month MPL entered the unicorn club after raising $150 Mn in its Series E round from Legatum Capital, Accrete Capital, among others 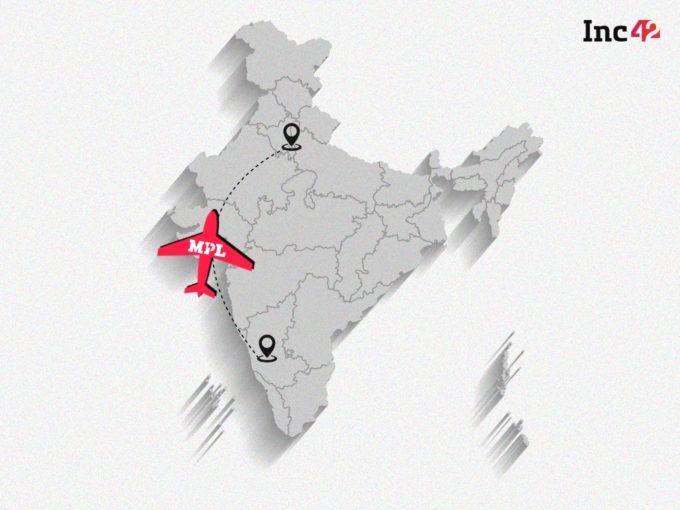 As per the recent regulatory filings, MPL’s shareholders have approved the shifting of the company from its registered office in Bengaluru’s Hobli to Delhi’s Barakhamba Road.

MPL’s gaming app, post the ban, showed messages such as “Sorry! The law in your state does not permit you to play Fantasy Sports.”  Launched in 2018 by Sai Srinivas Kiran G and Shubh Malhotra, MPL entered the unicorn club last month after bagging $150 Mn in its Series E round at a valuation of $2.3 Bn from Legatum Capital, Accrete Capital, and Gaingels LLC, among others.

Another major fantasy sports unicorn Dream11 had to stop its operations after a complaint was lodged against its founders – Bhavit Sheth and Harsh Jain on October 10.

“In order to allay our users’ concerns, we have decided to suspend operations in Karnataka,” Dream11 said, adding the decision is without prejudice to its rights and contentions under law.

The decision has been challenged by several stakeholders including All India Gaming Federation (AIGF), an industry body of ‘skill-based online gaming’, and three online gaming companies.

The national union of traders body – CAIT and other bodies also called on the Karnataka government to review its ban and ensure that Indian gaming startups are not harmed.

It is worth noting that the Madras High Court and Kerala High Court had struck down their respective government’s law banning online betting games such as poker and rummy in the states.