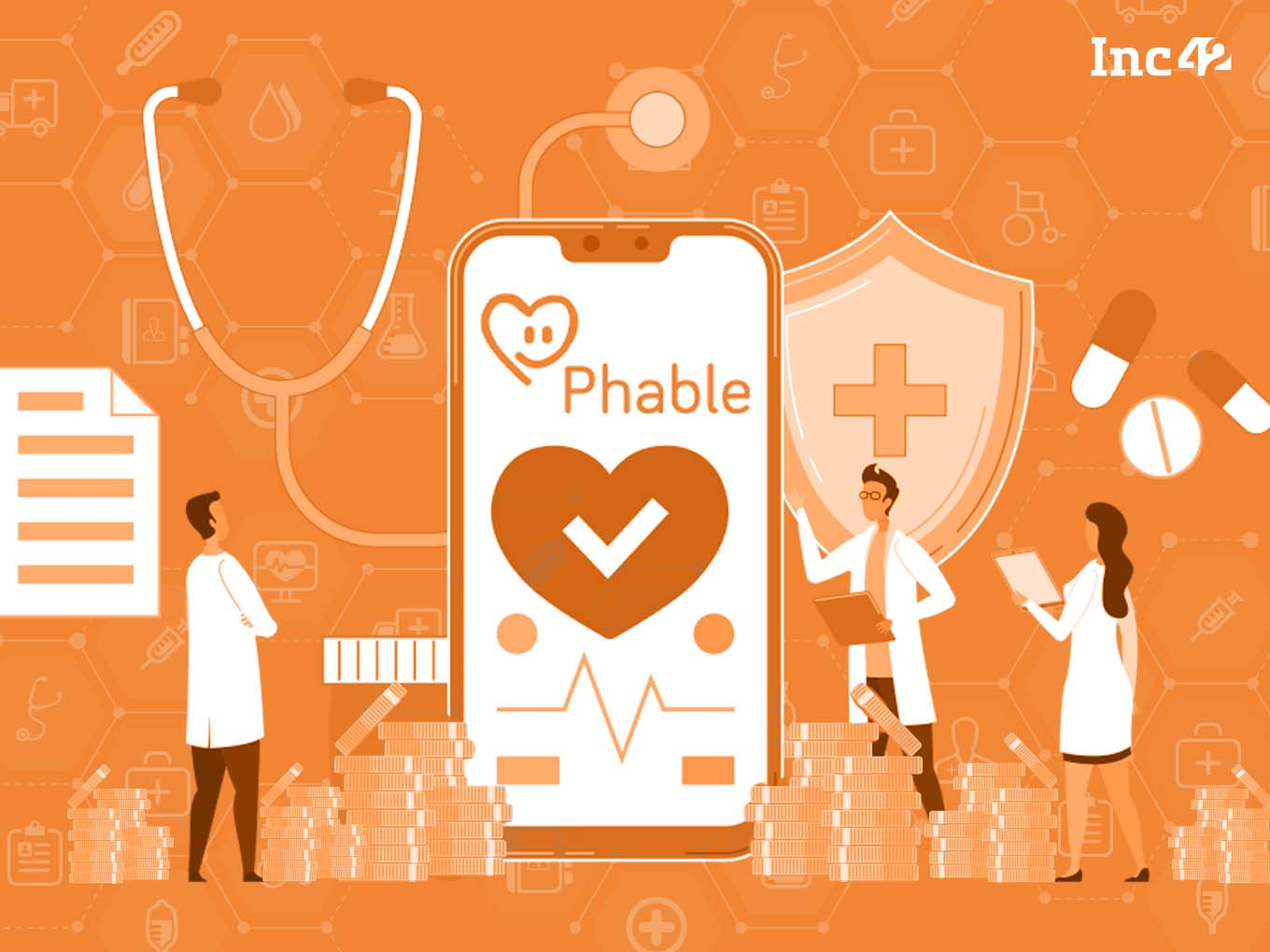 The round also saw participation from Aflac Ventures, Omron Venture, SOSV, among others

The startup claims that it has impacted over 2 Mn lives, with over 10K doctors onboarded on its platform.

Bengaluru-based healthtech startup Phable is raising around $24.5 Mn in a fresh round of funding. The round is being led by new investor – Kalaari Capital. The round further saw participation from Aflac Ventures, SOSV, Omron Ventures, Stride Ventures, among others.

Its existing investor Manipal Hospitals who had led Phable’s Series A round also participated in the round.

As per the regulatory filings, the healthtech startup is issuing a total of 9097 Series B CCPS to raise around INR 187 Cr from above-mentioned investors.

Several text messages and calls to Phable went unanswered. The fresh round comes almost six months after Inc42 had reported that Phable bagged $2 Mn Omron Ventures. Back then sources had informed Inc42 that the startup was eyeing for a Series B funding round.

In February last year, the healthtech startup had raised $12 Mn in its Series A round led by Manipal Hospitality. Its existing investor SOSV, a US-based early-stage tech-focused venture capital firm, along with US-based funds Fresco Capital and Social Starts also participated in that round.

The healthtech startup offers a single platform for digitising presicriptions, personalised health reminders, tracking vitals such as steps, blood levels, among others. Its offering acts as a preventive care, and acts as an alert for doctors whenever the vitals show anomalies.

The startup also offers doctor consultations, and medicine/lab tests to its customers.

As per its website, the healthtech startup claims that it has impacted over 2 Mn lives, with over 10K doctors onboarded on its platform. The startup also states that it has tracked over 100 Mn vitals, and over 5 mn health tips shared.

Earlier this year,  Medibuddy bagged $125 Mn in its Series C round from Quadria Capital, and Lightrock India. Prior to that Mumbai-based Heaps Health had bagged $7.45 Mn in its Series A round led by NVS Wealth Managers and Rajiv Dadlani Group.