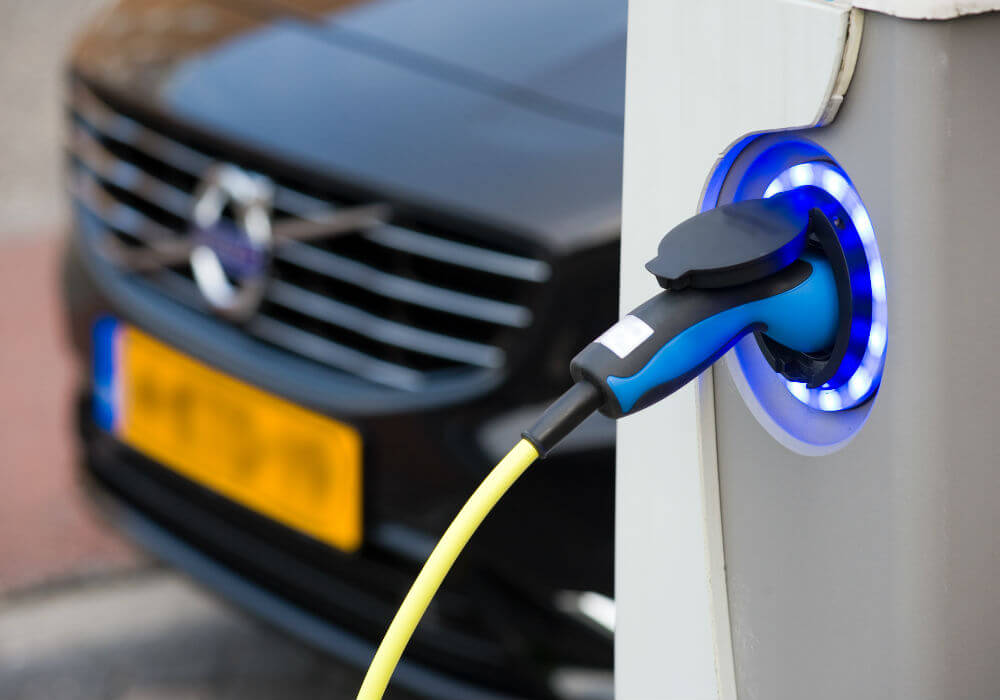 Here is the dope of five stories around electric vehicles which circled the Indian startup ecosystem this past week.

One of the most interesting news in the electric vehicle space was the speculation around the entry of Formula 1-inspired electric vehicles in India and Australia early next decade. The said fleet of EVs will be built by tycoon Sanjeev Gupta who aims to model the budget, lightweight city cars on a design developed by former McLaren Racing and Brabham Technical Director Gordon Murray, and will build EV plants as part of his worldwide push into the auto supply chain.

Further, a study conducted by Velocity MR also reported that 90% of car owners will buy e-cars if the right infrastructure is in place. A 2200 sample size for the study covered car owners across the Indian metros, Delhi, Kolkata, Mumbai, Hyderabad, Bangalore and Chennai. Over 50% of the respondents suggested that the government should provide financial assistance in the form of subsidy and reduced road tax.

Further, in a major development, the NITI Aayog submitted a draft Cabinet note on zero-emission vehicles earlier this week. In a written reply to the Lok Sabha, Minister of State for Planning Rao Inderjit Singh said that in order to promote electric vehicles, NITI Aayog, in its role as government think tank, has proposed the formation of six committees.

He said that each committee, to be headed by the respective secretaries, will decide issues pertaining to the finalisation of non-fiscal incentives; promotion of last mile connectivity; electric mobility in public transport; technology development of R&D electric mobility; charging infrastructure for electric mobility, and demand and supply side incentive.

Given that so much has been happening in the country’s electric vehicle sector, we bring to you the 19th edition of the weekly EV roundups.

Here Are Some Other Important Developments In The Indian EV Ecosystem This Week.

This follows serious concerns raised by domestic vehicle manufacturers citing China-based BYD’s large scale of operations and access to low-cost funds and subsidies from Beijing. BYD’s joint venture with Goldstone Infratech won most of the recent tenders for supply-own-operate contracts for e-buses.

The winning bids placed by the two companies were nearly 30% lower than the market price. Ashok Leyland bagged a contract for 40 e-buses in Ahmedabad.

“We are in talks with state transport undertakings. They have told us that the opex model is good for them since the corporations do not have the wherewithal to run and maintain these electric buses. We are finding a mechanism to figure out costs of the e-buses,” the official said.

In another development, Hyderabad-based Goldstone Group, which sells electric buses in India in collaboration with China’s BYD, revealed its plans to invest $76.9 Mn (INR 500 Cr) to set up its second manufacturing facility, in Karnataka.

The facility, with a capacity to roll out 1,500 electric buses a year, will be operational by the end of the year, the company officials said. The resources will also be used to develop a battery-manufacturing unit to keep vehicle prices competitive.

State-run Energy Efficiency Services (EESL) is also likely to sign memorandums of understanding (MoUs) with the governments of Maharashtra and Gujarat this month to supply 1,000 and 8,000 electric vehicles, respectively.

“We have got a good response for this project. Already 100 electric vehicles are operational in Delhi. In total, we will be procuring 20,000 electric vehicles by March 2019 and we are investing around $369 Mn (INR 2,400 Cr) for buying them,” said EESL Managing Director Saurabh Kumar.

EESL is a joint venture of NTPC, Power Finance Corporation, Rural Electrification Corporation, and PowerGrid Corporation. A global tender for 10K electric vehicles was floated last year to replace the government’s fleet in line and comprised 500 vehicles to be procured in phase one and the rest in the second phase.

The move will open gates to a shared economy for electric vehicle players operating privately in India, as they will not be required to set up their own battery plants and will reduce the battery cost for car buyers considerably. The announcement was made public soon after the launch of the GSAT-6A last weekend.

ISRO’s Chairman K Sivan said, “ISRO, which has know-how on space-age lithium-ion (li-ion) batteries technology, will make it available to private players in the automotive industry.”

The report further quoted sources claiming that NITI Aayog is looking to implement a policy to make all Indian cars electric by 2047. In October last year, NITI Aayog member V K Saraswat had said that India has to set up large lithium-ion battery manufacturing plants to become a global player in the electric vehicles technology market. Also, in January 2018, a panel headed by Cabinet Secretary P K Sinha recommended commercial use of ISRO’s lithium-ion battery technology under the ‘Make In India’ initiative for electric vehicles.

In another development, the Delhi government indicated its vision to make all vehicles in the capital switch to an all-electric mode in the next 20 years. Speaking at the ETAuto EV Conclave 2018, Deputy Chief Minister, Govt. of Delhi, Manish Sisodia, said the state government is working with the Centre to attain the objective of electric mobility. Delhi is soon going to launch a bus terminal, run 100% on an electric mode. “We will address all administrative issues. Technical issues are beyond us and we need to partner with the industry for that. We have to work together on this,” Sisodia said.

Tata Motors is working on an electric model of its light commercial vehicle (LCV), Tata Ace, that can carry up to 1 tonne. At the same time, Mahindra and Mahindra is also working to develop its electric powertrain for its offerings in the sub 2-tonne segment.

One of the persons close to the development revealed, “Tata Motors is developing an electric variant of the small commercial vehicle Ace and is at the development stage now. It should be in the market by late 2019 or 2020. Given the way the Union government wants to encourage the use of the EVs in commercial purposes, this is perfectly suitable for ferrying goods and passengers within city limits.”

According to the reports, the rationale behind the electric powertrains is to use these for transporting goods within a city or a town. And therefore, a single charge would be enough to operate them throughout the day, unlike other electric buses and vehicles.

However, Tata Motors’ Ace and Mahindra and Mahindra’s Jeeto are used to move freight within cities. Therefore, it is suggested that, with electric powertrains, these vehicles can be used by fleet owners as the operational cost will be much lower.

Once again, the Indian government has shown a positive inclination towards formulating guidelines for the electric vehicles ecosystem in the country. While the previous deadline of making Indian an electric vehicle nation by 2030 has been dropped, the government is now aiming to touch the desired target till 2045.

Further, the way automobile companies are trying to bring in innovation, the ISRO’s support by sharing the battery tech, will further ease the road for these players. It seems, that a electric vehicle car running on the Indian roads will no more be a distant dream.