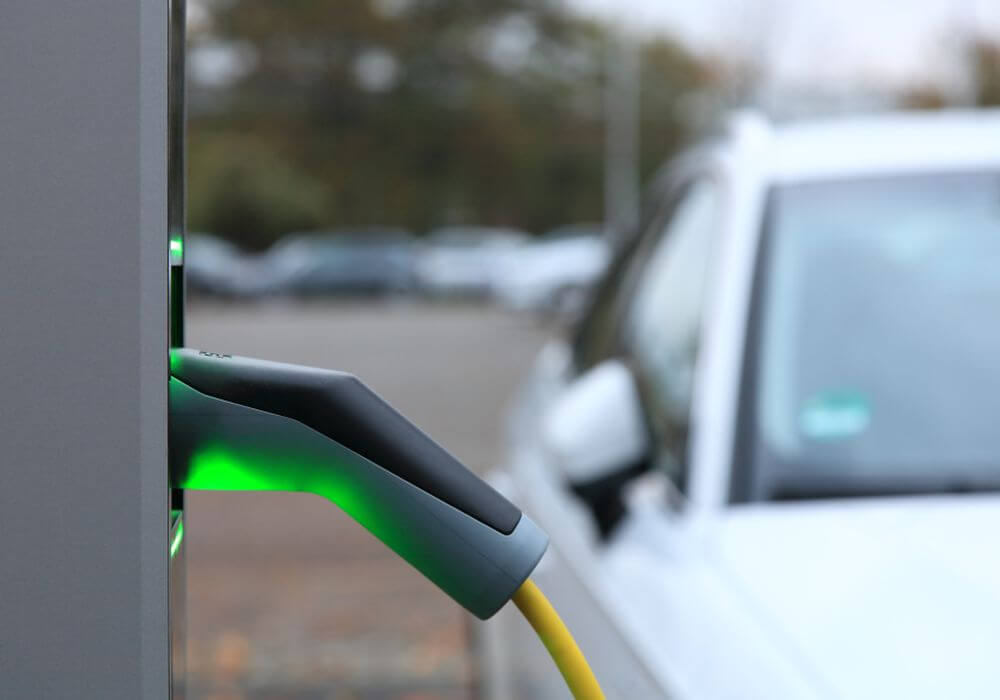 The automobile industry is one of the key sectors driving India’s economic growth. More than 25 Mn vehicles including passenger vehicles, commercial vehicles, three wheelers and two-wheelers were produced in FY17, reporting a jump of 5.41% from the previous fiscal. However, the industry is also one of the biggest contributors to pollution in a country, whose capital city has been shrouded in smog for over a month now.

Although the government might be late in recognising the threat that pollution carries, it has been aggressively trying to reverse the situation in recent years. Its continued efforts to promote electric vehicles, for instance, have fructified, with major companies and startups joining hands to support the government’s electric mobility mission.

Coming to developments that took place over the past week, Tata Motors has rolled out its first batch of Tigor EV, as part of the tender for 10,000 electric vehicles floated by the government in September. Maharashtra government is currently in the process of finalising a policy on electric vehicles, while Karnataka has appointed a committee to prepare an EV roadmap. Globally, BMW expects a jump in sales of electric vehicles in 2018. Chinese government announces plans to offer tax rebates of purchase of EVs.

Given that so much has been happening in the country’s electric vehicle sector, we bring to you the third edition of the weekly EV roundups. Let’s take a look at the recent developments from the world of electric vehicles.

Tata Motors has reportedly supplied the first batch of its Tigor EV to ESSL, as part of the tender for 10,000 electric vehicles floated by the government in September. According to sources, the first batch of the EV version of Tata’s compact sedan was recently rolled out from the Tata Sanand facility in Gujarat, in the presence of Tata Sons Chairman Emeritus Ratan Tata, Group Chairman N.Chandrasekaran and Tata Motors MD and CEO Guenter Butschek.

Commenting on the development, Chandrasekaran said, “As we work together to build the future of e- mobility, I am confident that our customers will respond very favourably to this electric model.”

The development comes just under two months after the Indian government awarded Tata Motors a tender for 350 electric vehicles in NCR. Mahindra, one of the six companies bidding for the tender, had said at the time that it would match Tata Motors’ lowest bid of $15,534 (INR 10.16 Lakh) per vehicle, so as to be able to work with the government in its mission to switch to 100% electric vehicles by 2030.

Maharashtra Govt. In The Process Of Finalising Policy On Electric Vehicles

After Karnataka and then Telangana, the Maharashtra government is in the process of adopting a policy on electric vehicles. The policy, which is currently being finalised by the government, is aimed at encouraging the production as well as the purchase of electric vehicles.

Some of the measures that the policy will focus on include rebates on state goods and services tax (SGST) for EV manufacturers as well as subsidies for consumers looking to buy electric cars. The move is in line with the Maharashtra government’s goal to manufacture 100K electric vehicles per year within the next three to five years.

Elaborating further, an official close to the development said, “Electric vehicles are costlier than conventional ones, but they are the need of the hour as they reduce pollution. So we have decided to give those buying the vehicles 15% subsidy, which will be transferred to their account within three months of purchase.

As an added push for the state’s emerging electric vehicles market, the Karnataka government has appointed a committee to prepare an EV roadmap. Headed by D.V. Prasad, Additional Chief Secretary, Commerce and Industries Department, the panel has been instructed to suggest some of the best practices for creating a sustainable EV market.

According to reports, the initiative is geared towards making Karnataka the EV capital of the country. At the time of the announcement, Industries Minister R V Deshpande said: “The committee has been given 30 days to prepare the report and submit it to the government. The report will be a mix of providing the right infrastructure to electric vehicle manufacturers and also implement our EV policy. With the central government also giving a sizeable subsidy, we are looking at speedy implementation of our state EV policy.”

The state’s Electric Vehicle and Energy Storage Policy, which was approved by the government in September, aims to attract investments worth $4.83 Bn (INR 31K Cr) and create around 55,000 employment opportunities in the electric vehicles market.

On the international front, Volkswagen AG’s Moia division has unveiled a six-seater, battery-powered minibus. With this, the German automotive giant is eyeing to enter the ride-hailing market. As per sources, 200 of these electric vans will be put on Hamburg’s roads in the second half of 2018, following which they will be launched internationally.

Speaking at the TechCrunch Disrupt conference in Berlin, Moia CEO Ole Harms said that minibuses like the one showcased recently will be replacing over 1 Mn cars in Europe and the US by 2025. He added, “We want to offer solutions for traffic problems such as congestion, air pollution, noise and lack of space.”

Moia’s Chief Operating Officer Robert Henrich also hinted at Volkswagen’s plans to enter the ride-hailing and car-pooling segment, in which Uber is currently the market leader. He stated, “Pooling as such isn’t a new idea, but the actual implementation is often not ideal. We want to combine the efficiency of pooling with a pleasant customer experience.”

We Should Focus On Cutting Down Battery Costs: Amitabh Kant

For faster and wider adoption of electric vehicles, India needs a technological breakthrough that could help cut down the cost of batteries, NITI Aayog CEO Amitabh Kant said recently. According to him, there shouldn’t be any monopoly in car battery charging service. Keeping that mind, he suggested that the government could set up inter-operable charging points across the country.

Speaking at the eighth Global Entrepreneurship Summit-2017, Kant said, “Despite all the talk, the total number of electric vehicles at present is only one percent. Once that cost of battery falls, the cost of electric car would be equivalent to (that of) an internal combustion car. So the challenge lies in making a breakthrough in battery (technology).”

While he is a firm supporter of the government’s electric mobility drive, the CEO of think tank NITI Aayog believes that India is not yet ready for driverless cars. He added, “I am a believer in shared and connected cars. Not in driverless cars. The nature of jobs is changing, the future of work is changing. The future is in shared mobility.”

The Main Problem In The EV Market Is Getting Enough Demand: VS Parthasarathy Of M&M

During a recent media interaction, VS Parthasarathy, CFO of the country’s sole EV manufacturer Mahindra and Mahindra, said that the company’s electric vehicles business is poised to break even and eventually hit profitable revenue growth.

He said, “It is possible to do intra-city and use that even as a taxi and then EVs will be commercially viable and can be a win-win for all. Battery technology is only getting better and probably more economic. Infrastructure is a challenge that is getting good attention both from the government and the private sector. I hope the adoption rate will be very fast and hope to realise the dream of the EVs having a good position in the auto market.”

The automotive giant also recently donated three battery-powered cars to an NGO working for the physically challenged, under its CSR initiative. The company said in a statement, “NGO Wheels of Change will use our customised electric vehicles (eVeritos) as cabs under its initiative ‘KickStart’ to enable differently abled to ferry their passengers safely.”

At a time when the entire world is abandoning conventional fuel-powered vehicles in favour of EVs, China has doubled down in its efforts to emerge as a global leader in this segment. To increase sales of electric vehicles, the country’s government has announced plans to extend tax rebate on the purchase of new-energy vehicles.

As per reports, the Chinese government will offer exemption of up to 10% purchase tax on electric and other renewable energy-powered cars till 2020. Commenting on the development,  Yunshi Wang, Director of the China Center for Energy and Transportation at UC Davis said, “China wants the number of NEVs to grow, and I’m sure they’ll take many additional steps if they’re not meeting their targets.”

BMW Forecasts Jump In Sales Of Electric Vehicles In 2018

German automaker BMW reportedly expects sales of its hybrid and electric cars to soar next year. As claimed by R&D Chief Klaus Froehlich, the company’s EV sales will exceed this year’s record of 100K vehicles by a medium double-digit percentage.

So far in 2017, BMW has sold a total of 78,100 plug-in hybrids and electric cars. With the aim of launching 12 different EV models by 2025, the automobile company is currently working to mass produce electric cars within the next three years.

Around a fortnight ago, it was reported that BMW was eyeing partnerships with companies across the globe, in a bid to lower manufacturing costs and develop mini electric cars of the future. Peter Schwarzenbauer, Management Board Member of BMW AG said at the time, “We are talking to many OEMs (manufacturers) around the world, not only in China, (about) how to electrify smaller cars. There’s no final conclusion on it.”

Jaguar Land Rover To Electrify All Its Vehicles By 2020

UK-headquartered Jaguar Land Rover (JRL) is gearing up to electrify all its vehicles within the next three years. While its profit margins could take a hit as a result of the move, the automotive company is confident that it will be able to overcome the drop in revenue by adopting cost-saving measures.

JRL CEO Ken Gregor has identified the high cost of batteries and the “unknown factor” of how much EV owners are actually willing to pay for the batteries as the main hurdles in the company’s transition to all-electric cars by 2020.

While the electric vehicles market remains a lucrative destination for corporates and startups in India, there are quite a few challenges that need to be overcome to make EVs ready for mass adoption. Manufacturing electric vehicles domestically, for instance, comes with the hurdle of high costs. Similarly, production of batteries is largely an expensive affair. To be able to rise above these challenges, the Indian government will have to focus its efforts on facilitating technological disruption. For faster adoption of EVs, the government will also have to offer tax rebates and subsidies to prospective car owners.