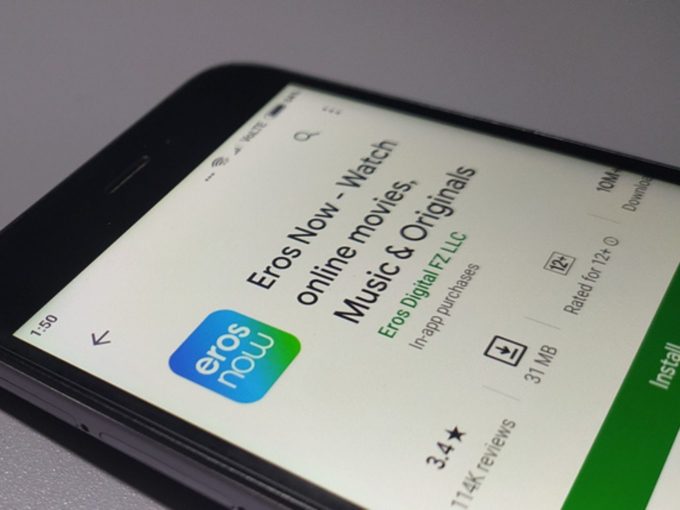 In order to make up for the slump of content during the lockdown, entertainment company Eros is looking to add 46 new titles to its video streaming platform Eros Now by 2021 to expand its reach across India and international markets.

These new titles will include 33 film premieres and 13 original series in eight different languages, including Hindi and English. The moving offerings will include work of actors like Nawazuddin Siddiqui, Pankaj Tripathi, and Rajkumar Rao, among others.

Last month, the company announced that it has about 36.2 Mn paid subscribers and 211.4 Mn registered users worldwide as of September 30, 2020. “Eros Now’s strategic market expansion and its massive content library has resulted in phenomenal growth in 2020, a year which is witnessing unequalled digital disruption,” Hussain said in a previous statement.

The company added 6.9 Mn paid subscribers in the last six months, all thanks to the company’s investment in technology and partnership with Microsoft.

It had partnered with Microsoft last year to leverage cloud platform Azure for three main areas of technology development including an intuitive online video platform, interactive voice search in ten languages, and a personalised content-recommendation engine for consumers. The support from Azure Content Delivery Network (CDN) helped the company offer seamless delivery of content for its consumers across geographies and languages.

The OTT platform, Eros Now, has rights to over 12,000 films across Hindi and regional languages. It comes under the Eros or Eros STX Global Corporation banner, which acquires, co-produces and distributes films, digital content and music across multiple formats such as theatrical, television and OTT digital media streaming to consumers around the world. The parent company has marked its presence over 150 countries.

Rival Disney+ Hotstar has about 86.8 Mn subscribers worldwide, of which 28 Mn subscribers are in India. The company added over 7.5 Mn users in the past two months alone, coinciding with the IPL 2020 cricket tournament. The company’s userbase accounts for 30% of the overall Disney+ subscriber base.

Eros Now competes with other video streaming platforms like Netflix, Disney+Hotstar, Amazon Prime Videos, Mx Player, Alt Balaji, Zee5 and others. As India stepped into the lockdown, these platforms noted an uptake in their traffic as well. According to a State of Internet Traffic Trend’ report by ACT Fibernet, India saw a 55% hike in overall streaming traffic. The report highlights that there is a 73% hike on weekdays and a 65% increase during the weekend.