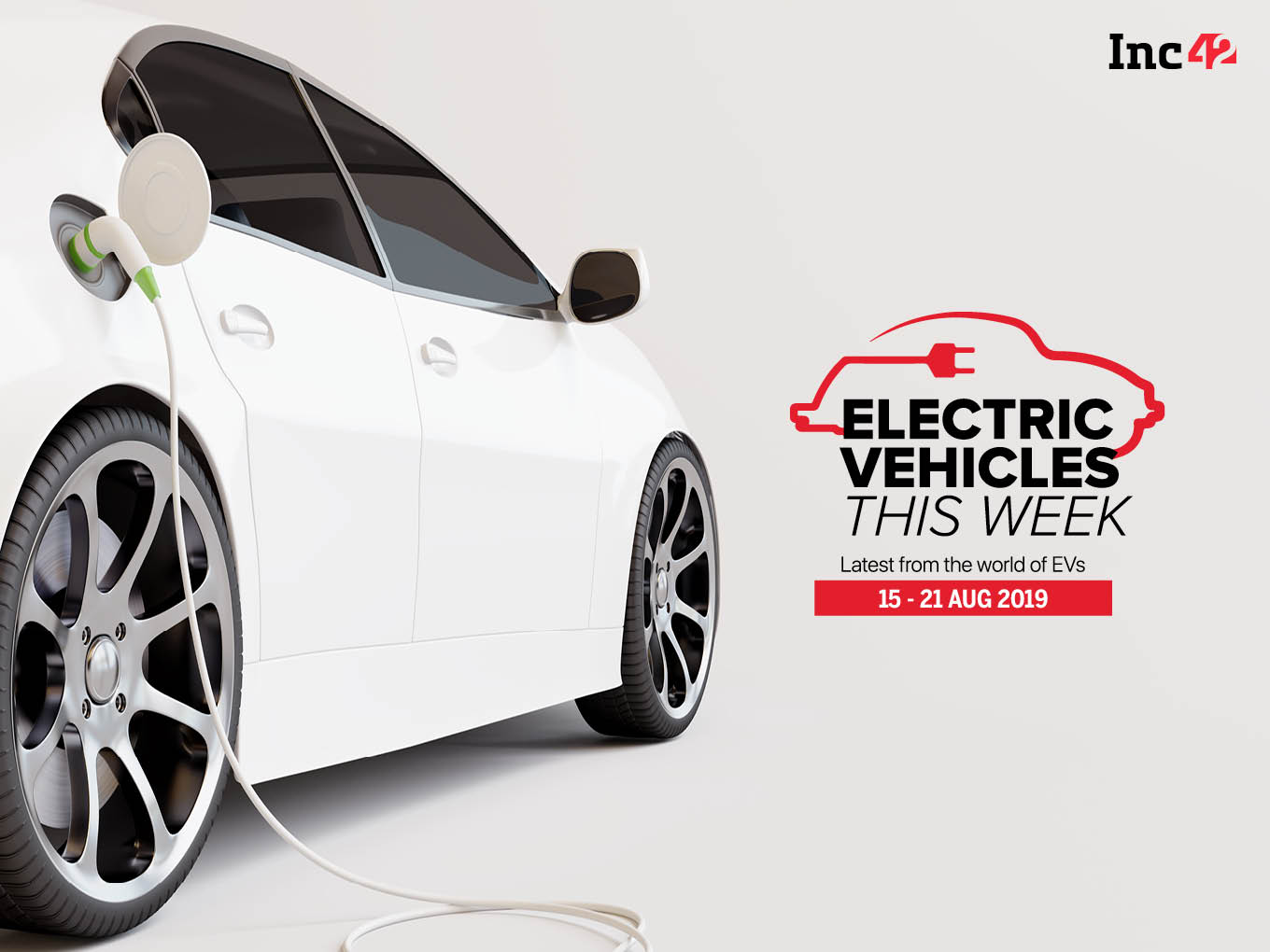 Electric vehicle sales in China have dropped By 4.7%

Indian government has reportedly decided to slow down its push for electric vehicles adoption, given the ongoing slump in the growth of the automobile industry. According to the Society of Indian Automobile Manufacturers, the auto industry has recorded a 31% drop in sales in 2019 as compared to last year.

Earlier this week, another media report has noted that the automobile industry is undergoing a slump in growth, leading to 100,000 job losses in the auto components sector over the last few months. Director general of Automotive Components Manufacturers Association of India (ACMA), Vinnie Mehta had reportedly said, “If this trend persists for another three to four months, it could lead to 1 Mn job losses.”

The government think-tank had earlier proposed a complete switch to electric two and three-wheelers from 2023. The proposal also talked about banning all internal combustion engine (ICE) three-wheelers by March 2023, and two-wheelers below 150 cc by 2025.

Various government departments have now reportedly been asked to hold back the several measures planned by the government to discourage the sale of ICE vehicles including heavier taxes on petrol and diesel vehicles, increasing registration charges, and introducing emission targets for automobile companies

Contrary to the centre’s perception, the state of Karnataka is planning to boost the EV push by setting up a government-backed EV cluster for businesses and startups. The industries department of the government has approached various stakeholders to establish the first EV cluster in the state. It has suggested that manufacturers set up a plant near Chikkaballapur district.

Chart of the week: Auto Sales Slump In India

Tesla, Amperex And Others Interested In Making EV Storage Batteries For India

Tesla and China-based Amperex have shown interest in coming onboard the Indian government’s plan to invest INR 50K Cr to build factories for the production of lithium-ion batteries (LIB). Further, China’s biggest EV manufacturer BYD Co has also shown a positive response to the project. Other companies interested in the Indian EV battery manufacturing market are Panasonic, Toshiba and Denso. EV battery production and localisation of battery technology is a high priority area in the centre’s EV plan. Union Budget 2019 has also noted EV battery manufacturing as a key focus area.

Earlier this week, Reliance Industries (RIL) has announced a partnership with BP to setup 5.5K petrol pumps across India. These petrol pumps will reportedly include electric vehicle charging points, according to a media report which cited a senior RIL official. The central government was also earlier reported to be planning setup of EV charging points at petrol pumps.

eBikeGo Is Launching Electric Bikes In Andaman and Nicobar

Amritsar-based electric bike rental company eBikeGo has expanded its operations to Andaman and Nicobar this week. The company launched its high-speed electric scooter eBikeGo Ampere Zeal on the occasion of Independence Day. The company claims that Ampere Zeal has a top-speed at 55 km/h and takes 5.5 hours to charge.

Startup Of The Week: Gemopai Electric

Gemopai Electric is a joint venture between Goreen E-Mobility and Opai Electric. Gemopai Electric claims to have around 50 dealerships across India. Founded by Amit Raj Singh and Kshitij Kumar in October 2018.

Gemopai has launched a lithium-ion powered electric scooter Gemopai Ryder, priced under INR 60K and claims to have a range of 80-90 Kms per charge. Further, Ryder has features such as 250 watts motor, 48W/20AH Lithium Ion battery, LED light and USB.   The company is also in plans to soon launch another escooter Gemopai Astrid.

China Association of Automobile Manufacturers has reported that the production and sales of new energy vehicles (NEV) in July was at 84K units and 80K units respectively, which is 6.9% and 4.7% decrease on a year on year basis. Here, NEVs include both plug-in hybrid vehicles and battery electric vehicles.

The German government has finalised a draft bill to foster e-mobility and environment-friendly transport in the country. Further, a government press release also noted that electric delivery vehicles should be given a special tax depreciation. The tax concessions on using and charging electric and hybrid cars would be given until 2030.