This Startup Is Introducing Electric Bikes In Andaman And Nicobar

This Startup Is Introducing Electric Bikes In Andaman And Nicobar

Ampere Zeal has a top-speed at 55 km/h and takes 5.5 hours to charge

The startup is currently present in Delhi, Amritsar, Jaipur, Jalandhar, and Agra 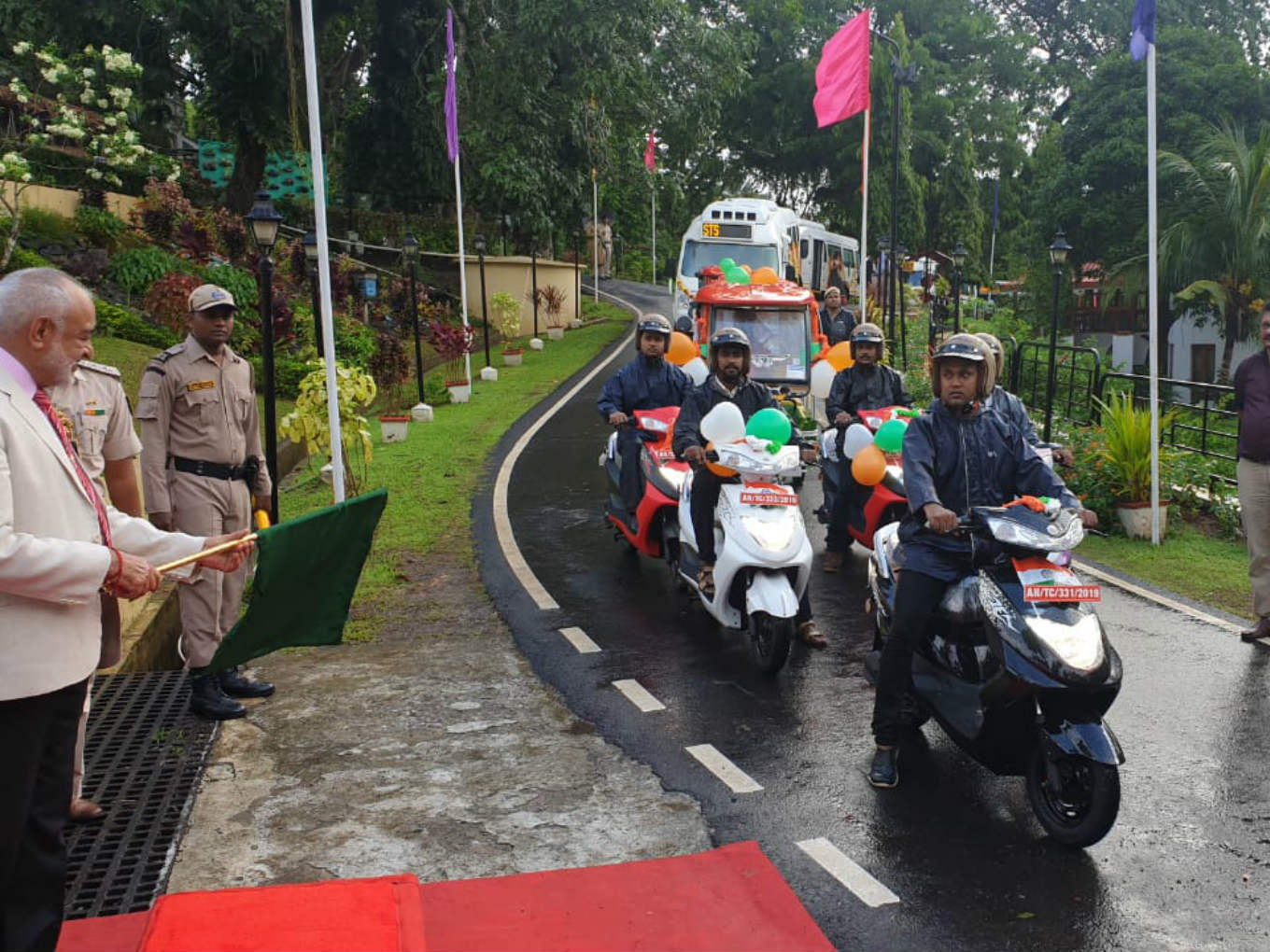 Amritsar-based electric bike rental company eBikeGo has expanded its operations to Andaman and Nicobar this week. The company launched its high speed electric scooter eBikeGo Ampere Zeal on the occasion of Independence day. The company claims that Ampere Zeal has a top-speed at 55 km/h and takes 5.5 hours to charge.

eBikeGo was founded by Dr Irfan Khan in 2017. The company procures its electric bikes from the Indian EV manufacturer Okinawa Autotech. The startup is currently present in Delhi, Amritsar, Jaipur, Jalandhar, and Agra.

The company generates revenue through tourist and customer bike rentals along with partnerships with logistic delivery providers. eBikeGo is aiming to capture 2% of the Indian electric two-wheeler market share in the near future, and plans to build a fleet of 200K bikes in 100 Indian cities.

Dr. Irfan Khan, founder of eBike said, “Our major aim is to expand our operations pan India which makes India to adopt an eco-friendly means of transportation and also makes travel cheaper and efficient for the fast paced lives of modern Indians.”

It is to be noted that the industrial activities are scattered in these islands. Most of the industries are located in south Andaman especially near Port Blair.

The Indian government is also aiming to achieve at least 30% electric mobility by 2030. Electric two-wheelers account for a major portion of EV sales in India, so there’s a lot of buzz around e-bikes.

The Indian electric vehicle industry recorded sale of 7.59 Lakh units in India in FY2019 which included the sale of 1.2 Lakh two-wheelers, 6.3 Lakh three-wheelers and 3,600 passenger vehicle

India is the second-largest motorcycle market in the world, with sales dominated by basic commuters. More than 20 Mn two-wheelers were sold to domestic customers in 2017 – 18, making it the most popular vehicle category sold in India.

Another automobile company, Tork Motors have developed a cloud connected customisable electric motorcycle T6X, which is expected to be launched later this year. Tork’s motorcycle is said to have a range of 100 Km and will effectively cost INR 28 for one full charge as per the current electricity rates.