22Kymco was a joint venture between Twenty Two Motors and Kymco 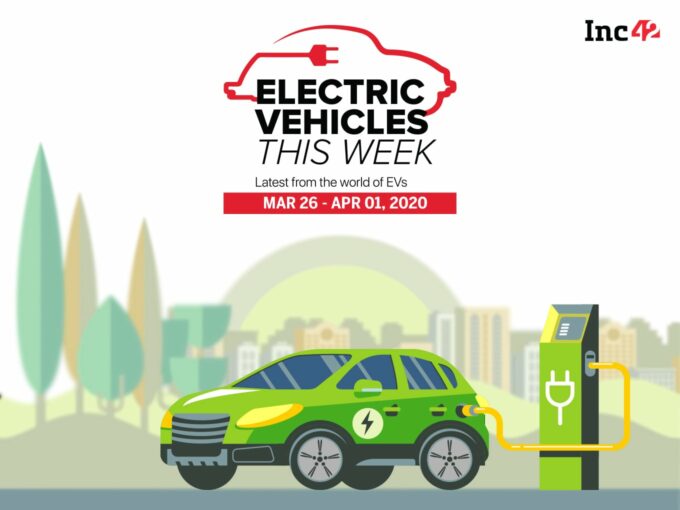 Twenty Two Motors was founded in August 2016 by Parveen Kharb and Vijay Chandrawat. As per a Financial Express report, mismanagement is said to be one of the reasons for the joint venture failing. The report highlighted that Allen Ko, Kymko Chairman, felt the Indian partners were not on the same page as the Taiwanese company. This led to Kymco refusing to pump in any more capital and stalling the operations.

As seen in DataLabs By Inc42’s Electric Vehicle Market Outlook Report, electric vehicle makers can push demand for EVs by focussing on creating a strong brand and aspects such as customer experience and after-sales service, which can help offset the price disadvantage for EVs.

Car designing company DC Design or DC2 has recently redesigned an electric variant of the nostalgic Hindustan Ambassador. The new Ambassador electric vehicle (EV) concept is built on the same platform as the classic, but there’s definitely a few unique touches that give it a modern spin. The Nepal government has placed orders to 200 electric auto-rickshaws developed by state-run public sector undertaking (PSU) Kerala Automobile (KAL). The base price of these E-Neem rickshaws is INR 2 Lakh and claims to cost just INR 0.50 per Km.

As the electric vehicle market in India takes a pause due to the lockdown from the coronavirus pandemic, it’s high time for industry stakeholders to reflect upon their business models and start egging on the government to push for domestic manufacturing.

With electric vehicles, their components and major parts such as batteries being imported from China and other countries, the over-reliance on imports has had a widespread impact on the EV industry in India given the lockdown situation and restrictions on imports and transport.

Connecting The Future Of Mobility: The State Of India’s EV Connector Ecosystem

Will Big Oil Be Left In The Lurch?

India has paid a heavy price for this over-reliance on oil and petrochemicals in the past few decades. And now electric vehicles with zero direct emissions are being seen as the end to most environmental woes. The Indian government is aiming for 30% penetration for EVs by 2030, which is an ambitious target by itself, made even steeper by resistance from the oil industry as well as infrastructural and market challenges.

India’s EV startups and auto giants are also accelerating towards creating an EV-friendly ecosystem. One of the factors in favour of India is the technological advances happening across the mobility ecosystem including AI-powered smart engineering, innovations in storage technology, battery sizing methodologies, among others. But are they enough to achieve the government’s target of 30% penetration of EVs by 2030? And exactly how far behind the EV market leaders is India?

In the context of EVs, ARAI or ICAT’s role in the entire standards and certification process is quite extensive. “In addition to being the body under BIS that finally approves standards and gives certifications, ARAI is also involved in research on many aspects of electric vehicles, specifically in the context of their quality and performance,” said Narasimhan Santhanam, cofounder and director, EV Next, marketing intelligence and strategy consulting firm for electric mobility.

When it comes to influencing the customer decision-making process, brand value has always played a vital role among Indian consumers. In the context of automobiles, Indians generally hold the big automakers in high regards, especially the ones that make affordable vehicles for the mass market. This indicates how much influence the brand image has on the decision-making process of the consumer.


One of the largest EV markets, China, is considering reducing the rebates offered to buyers earlier. Besides this, the country is also looking to limit the models that qualify for the subsidy program for another two years.

Chinese EV manufacturer BYD has introduced a Blade battery that is less likely to catch fire or explode, even in extreme conditions. The company has carried out tests like bending crushing, heating up to 300 degrees Celsius and overcharging it to 260%.