Delhivery IPO: 5 Charts That Explain The Financial Health Of The Logistics Unicorn

Delhivery IPO: 5 Charts That Explain The Financial Health Of The Logistics Unicorn 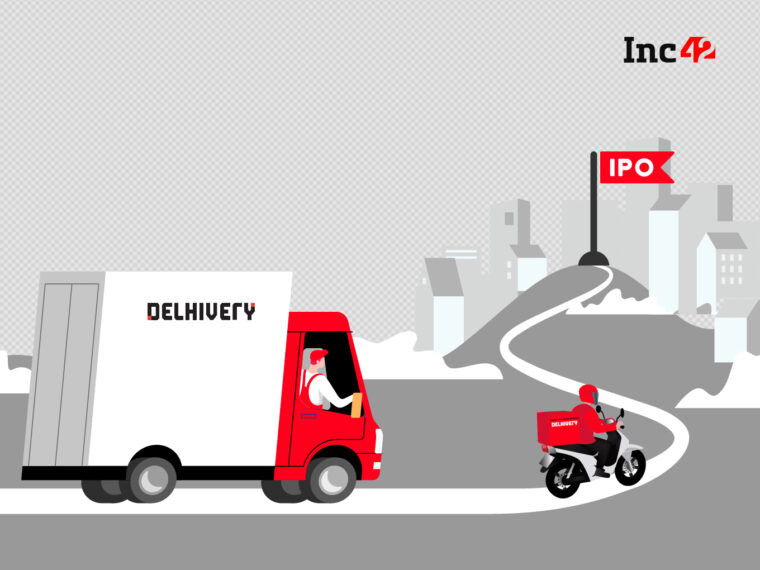 Delhivery’s IPO is going live today, with a stake worth INR 5,235 Cr on sale

Logistics unicorn Delhivery is all set to join the ever-growing list of Indian startups aiming to enter the big leagues with an initial public offering (IPO).

The Gurugram-based startup, which filed its draft red herring prospectus (DRHP) in November 2021, with an initial offer of stock worth INR 7,640 Cr, has reduced its offer by 31% to 5,235 Cr amid increased market volatility.

Delhivery’s IPO will go live today, right after the nation is seeing its largest-ever IPO in the form of LIC’s $2.74 Bn offer.

This is followed by Nexus Venture Partners, Carlyle Asia Partners IV, Canada Pension Plan Investment Board, Tiger Global and Times Internet, which hold 8.91%, 7.16%, 6.81%, 5.88% and 4.92% stakes, respectively. Times Internet will be making a complete exit at the IPO and SoftBank and Carlyle.

Delhivery founders Sahil Barua, Mohit Tandon, Suraj Saharan and Kapil Bharati hold a mere 6.65% of the company. Barua, the MD and CEO holds 2.08% of the stake, followed by Tandon, who holds 1.82%. Apart from Barua, all of the founders will be offloading their stakes at the IPO.

Bhavesh Manglani and Mohit Tandon, two of the company’s five cofounders, quit the company and stepped aside from day-to-day operations in March 2021.

Here is a look at Delhivery’s financial health, explained in five charts. 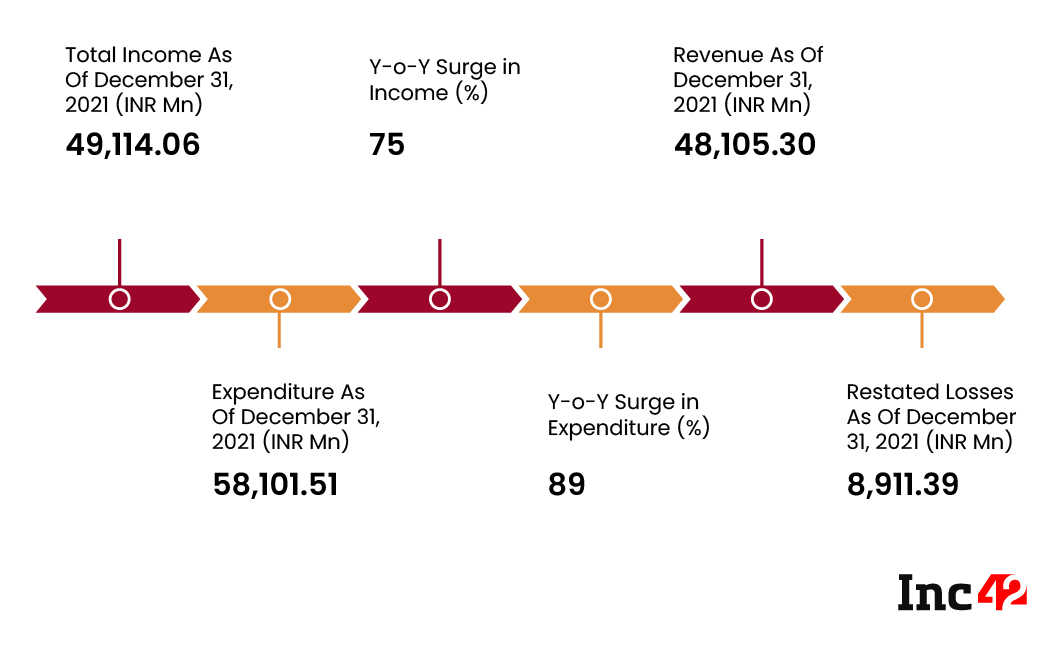 However, for the current fiscal, the expenditure has been running ahead of the income, compared to the same period a year apart.

During the same period, the company has recorded losses of INR 891.13 Cr. Delhivery’s losses have increased by almost 200% during the reported time period.

On the flip side, the logistics unicorn also saw its expenses increase. Delhivery recorded an expenditure of INR 5,810.15 Cr, a 38% increase from the same period a year ago. While Delhivery managed to improve the difference between the income and the expenses during the last two fiscals, this year looks set to have a huge difference.

As things stand, Delhivery is spending INR 1.18 for every INR 1 it is clocking in as income.

Delhivery makes most of its income from the contracts that it has with ecommerce players such as Amazon India.

According to the RHP, Delhivery clocked in more than 98% of its income from contracts with customers, which is a staggering dependence for the logistics company.

However, Delhivery has recorded an incremental rise in the contract income, which reflects that even though the logistics unicorn is very much on a single track in terms of revenue, it is making it work. As is visible, the logistics unicorn has managed to increase income from contracts by a third within the first 9 months of the FY22.

On The Fast Track To Profitability?

While we saw that currently, Delhivery is not profitable, with its expenses 18% higher than its income. However, that does not mean that profitability is too far away from Delhivery.

In fact, looking at the average growth of its income and its expenditure, there is a clear winner; income has been increasing by about 44% over the last two-and-three-quarter fiscals, while its expenditure has grown around 20% during the same period. 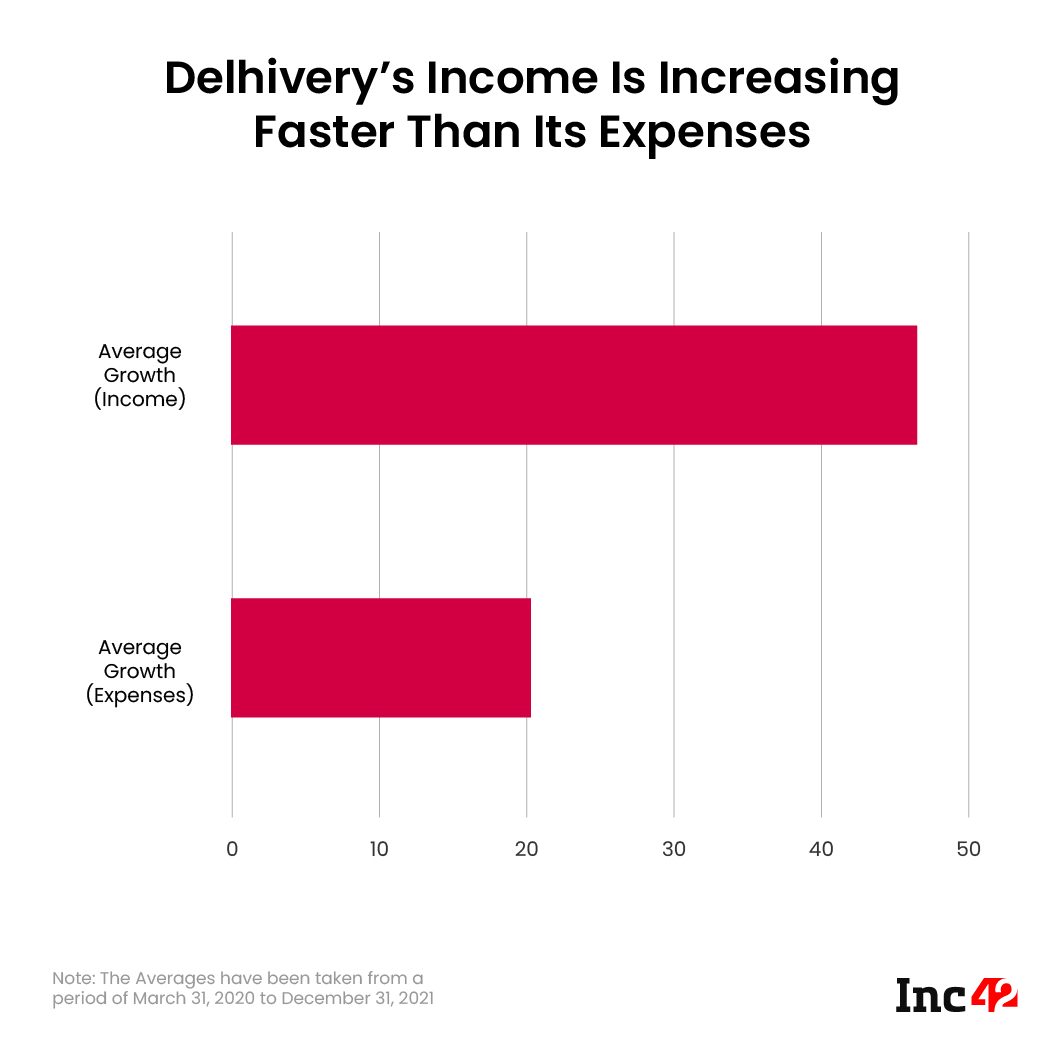 Taking Care Of The Employees

There is an ever-developing culture of awarding ESOPs to older employees within the startup ecosystem. Just today, Razorpay announced its ESOP buyback program worth $75 Mn for 650 of its employees, resulting in a healthy cheque for many of the participating employees.

Delhivery is no exception. According to its RHP, Delhivery has continued to steadily increase its ESOP pool, awarding 22,220,370 ESOPs to its employees during the first 9 months of FY22. 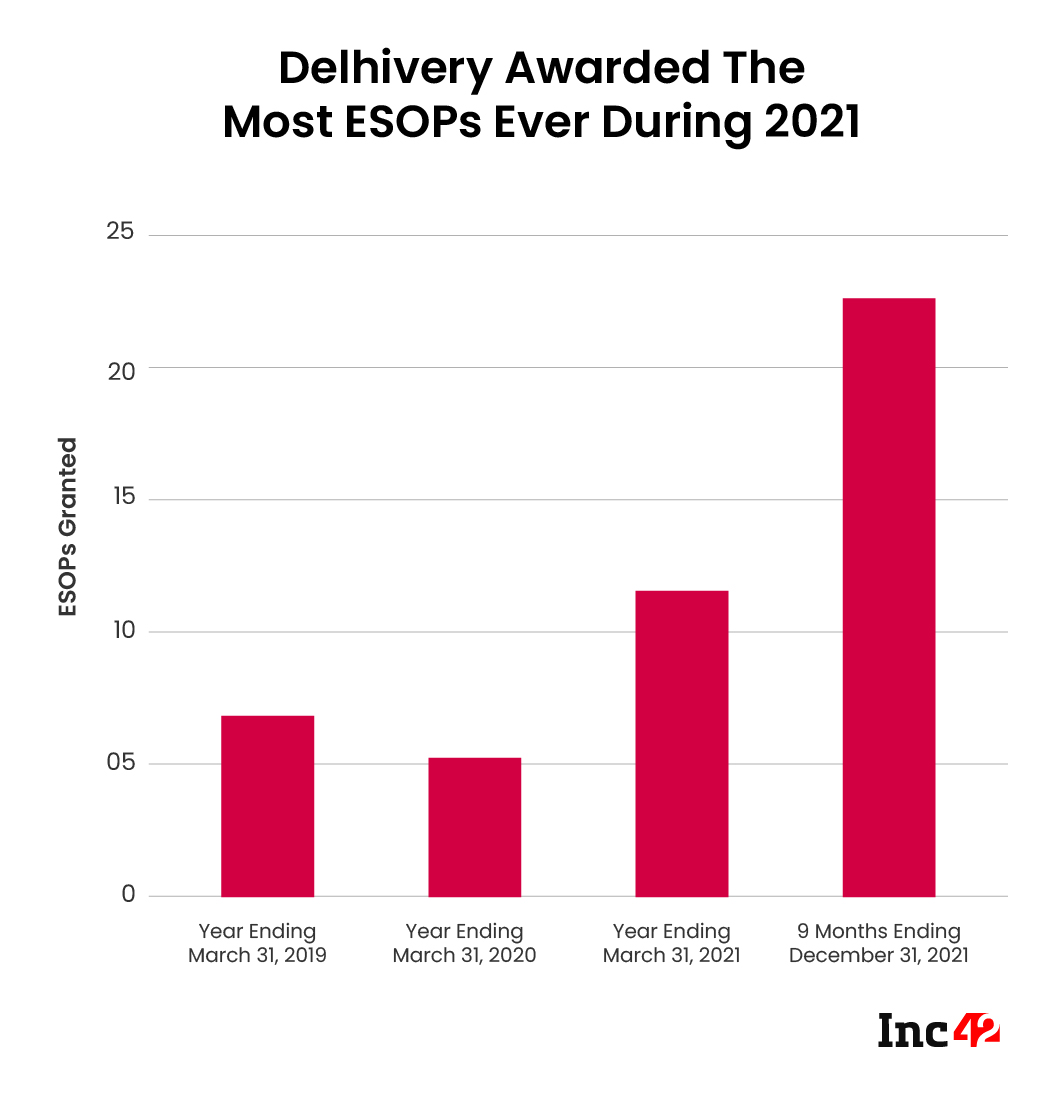 However, during the same period of time, Delhivery had awarded 11,742,700 ESOPs to its users, giving it an increase of 89% over the previous period.

Looking at the previous years, the change that has happened during the FY22 looks all the more drastic; compared to the entire FY20, Delhivery has awarded 326% more stock options to its employees, which shows a certain degree of increased trust between the company and its employees.