Earlier this year, the High Court dismissed an injunction plea by PhonePe against BharatPe for the use of ‘Pe’ 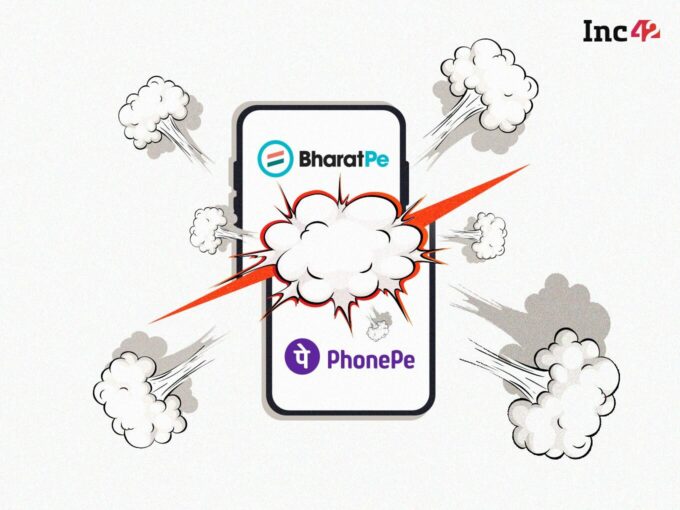 In a setback for homegrown fintech major BharatPe, the Delhi High Court has set aside its petition to cancel multiple registrations of Flipkart-owned PhonePe for the ‘Pe’ suffix.

The High Court noted that the petitioner Resilient Innovations (BharatPe) in its petition stated that it “reserved its right to file rectification petitions” against all PhonePe registered marks, including, those which have been dishonestly and fraudulently registered.

BharatPe had said that the registrations obtained by PhonePe are illegal and are liable to be rectified, for which the petitioner would take “adequate steps”.

“However, in view of the provisions of Section 124, it is clear that the present petitions could not have been filed without the court framing an issue regarding the validity C.O. (COMM.IPD-TM) 40/2021 and connected matters of the Trademark in (CS (COMM) 292/2019),” said judge Asha Menon in the verdict.

In a statement, PhonePe said that these petitions were “frivolous and baseless and nothing more than a poor attempt to divert the court’s attention from its own misuse and infringement of PhonePe’s trademarks.”

The development comes a few days after Delhi NCR based fintech unicorn BharatPe filed six cancellation actions with the High Court’s Intellectual Property Division against multiple registrations held by PhonePe for the “Pe” suffix in the Devanagari script.

According to BharatPe, the purity of the trademarks register is in the interest of the public at large. It had said that by taking on a trademark for the “PE” device mark in Devanagari Script in classes relating to payment services in a country like India, where Hindi is the primary language of the masses, PhonePe has acted against the larger public interest.

Earlier this year, Delhi High Court had dismissed an injunction plea by Walmart-owned PhonePe against BharatPe for the use of ‘Pe’ as a suffix in the company’s brand name.

However, to address certain observations made by the court in the pleadings filed by PhonePe, the suit was withdrawn with liberty to file a fresh suit challenging the adoption of mark PostPe/postpe by Resilient Innovations.

The legal tussle between the two fintech players over trademarks date back to 2018 when PhonePe sent a legal notice to BharatPe seeking the removal of the suffix. The saga between the two fintech giants had seemingly ended when earlier this year, the Delhi HC dismissed an injunction plea by PhonePe against BharatPe. But PhonePe revived legal proceedings last month, which seemingly forced BharatPe to file counter lawsuits.

BharatPe was founded in 2018 by Ashneer Grover and Shashvat Nakrani. It entered the unicorn club in August after it bagged $370 Mn in a Series E equity round led by Tiger Global at a valuation of $2.85 Bn.