Shopee.in is operated by Sea Limited, a Singapore-based company that is backed by Tencent which owns shares in the company through Huang River Investment Limited, Tencent Holdings Limited through Tencent Limited and another Tencent entity.

According to the regulatory filings accessed by Inc42, Tencent holds 23.3% of the total voting power in the company. 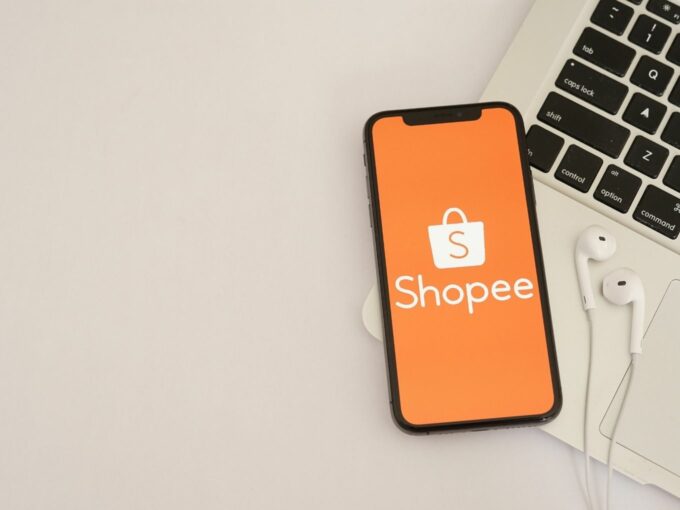 The Delhi High Court has recently asked Centre’s response on a plea seeking to block ecommerce websites and mobile apps operated by SPPIN India Pvt Ltd under the name of Shopee.

Shopee is an ecommerce platform that operates primarily in Southeast Asia’s Indonesia, Taiwan, Vietnam, Thailand, the Philippines, Malaysia, and Singapore. The platform claims to have more than 80 Mn daily active users worldwide.

In August this year, Shopee launched Shopee.in and began a recruitment campaign for vendors to sell on “Shopee India” and ramped up hiring in the country. The ecommerce platform differentiates itself by being extremely localised to each of its markets, and offers a wide range of products with time-bound deep discounts.

A bench of Chief Justice D.N. Patel and justice Jyoti Singh offered the direction based on a public interest litigation filed by petitioner Shashank Shekhar Jha who sought action against the company. Jha alleged that it is a Chinese-backed company operating in contravention of the Foreign Direct Investment Policy (FDI) and Foreign Exchange Management Act (FEMA).

According to him, the company is incorporated as an unregistered foreign entity and is nothing but a shell company used by other companies to bypass the restrictions placed by Press Note 3, which was announced during the pandemic to prevent the opportunistic takeover of firms by foreign entities.

Shopee is globally owned and operated by Sea Limited, a Singapore-based company that trades on the New York Stock Exchange. The petitioner alleged that Tencent and connected entities own 43% of Sea Limited’s Class B shares and that no key business decisions can be made without taking Tencent’s approval.

But if you take the shares held by directors and executive officers, Tencent holds 2.6% of the Class A shares and 43.6% of the Class B shares, which is how the petitioner seems to have arrived at the calculation. But when that is taken into account, Tencent’s voting power becomes 23.3% of the total. 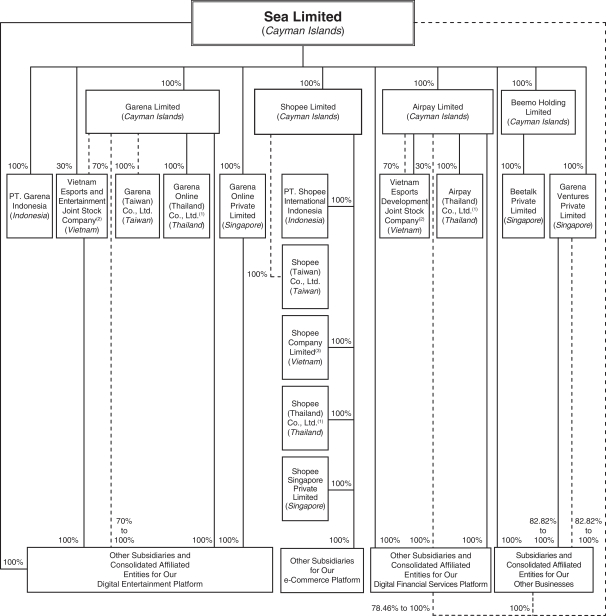 The petitioner also showed concern over Shopee’s privacy policy information. The policy states, “Your personal data and/or information may be transferred to, stored or processed outside of your country for one or more of the Purposes. In most cases, your personal data will be processed by us in Singapore, where our servers are located”- indicating that information could be collected from Indian citizens and processed by foreign entities.

The petitioner argued that this is in violation of Section 69A of the Information Technology Act (2000), which provides more grounds for the service to be blocked in the country.

In June 2020, the Indian government banned the popular short-video social media platform TikTok which had more than 200 Mn active users in the country.

By January 2021, the government permanently blocked 59 Chinese apps including TikTok, seven months after issuing show-cause notices to ban them following tense relations with China over border clashes and standoffs.

Since then, the government has banned a total of 267 Chinese applications justifying the ban in a press statement which said, “Ministry of Electronics and Information Technology has issued the order for blocking the access of these apps by users in India based on the comprehensive reports received from Indian Cyber Crime Coordination Center, Ministry of Home Affairs,”.

In the meanwhile, in China, the government uses a combination of regulations and technologies to regulate the country’s domestic internet to create a walled-off Chinese version of the internet that blocks Google, Facebook, Twitter, Wikipedia etc. This is often referred to as the Great Firewall.

This has led to the creation of massive economically powerful Chinese internet titans like Baidu, Alibaba and Titan. Many of these Chinese companies have gone on to attain popularity worldwide.