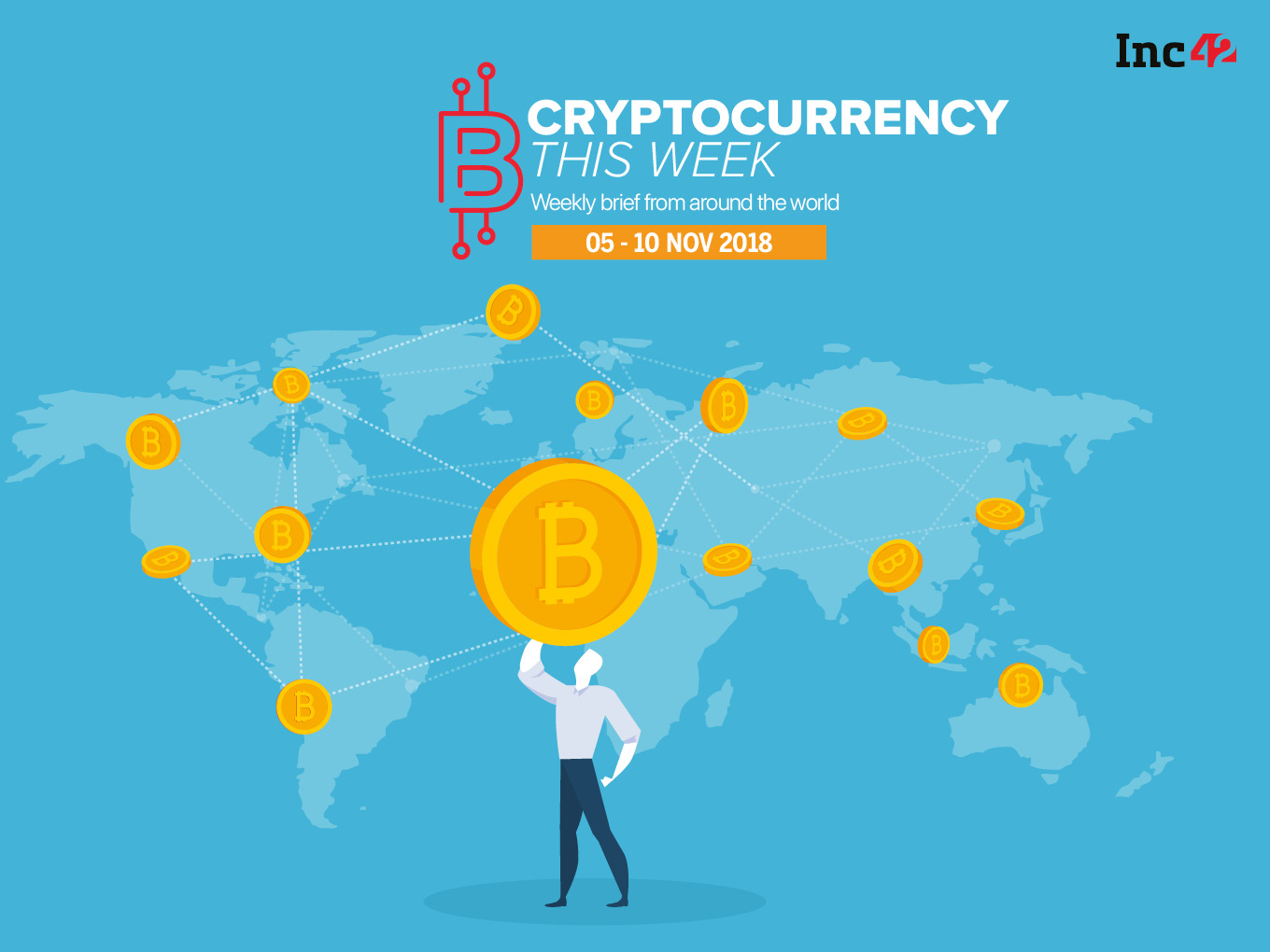 American filmmaker and host of the “The Keiser Report,” Max Keiser once said, “Bitcoin is the currency of resistance. If Satoshi had released Bitcoin 10 years earlier, 9/11 would never have happened.”

Trading at around $6.4K, Bitcoin has been unusually static for the past three months. Robert Leshner, economist sees the bigger problem with the currency of resistance. He says, “Unlike fiat currencies, no one will pay you to store your Bitcoin, Ethereum or other digital tokens.”

He could be right, Amit Bhardwaj and few others who promised to pay huge interest rates over Bitcoin are now behind bars.

Let’s take a look at this week’s development!

“We do believe that digital currency is a means to quicker and faster distribution of money, but it does not have to be in the form of cryptocurrency,” said Janine Grasso, VP, Strategy and Ecosystem Development, IBM Blockchain during an interview with Inc42 on the sidelines of NASSCOM Product Conclave 2018.

However, recently in an interview with The New York Times, Pichai revealed, “My son is 11 years old, and he is mining Ethereum and earning money.”

Since Sundar Pichai, an Indo-American businessman, became head of Google, the company has maintained a love-hate relationship with cryptocurrencies. Google had initially announced a ban on cryptocurrency ads in June 2018, however, very next month the company partially removed the ban.

Elon Musk And The Crypto Fraud

Elon Musk has been a controversial celebrity, so has been Bitcoin. The crypto community’s love for Musk has been an open secret. Initially, Musk was first dubbed as the creator of bitcoin ‘Satoshi Nakamoto’, which Musk himself debunked stating that he does not even own Bitcoin (or as little as negligible), later fake/parody Musk profiles on Twitter became a trend to attract investments/trading.

This time it went too far.

According to a report by The Independent, hackers recently scammed hundreds of thousands of dollars by posing as Elon Musk on Twitter and tricking people into sending them Bitcoin.

According to the report, several verified Twitter accounts, including those belonging to UK retailer Matalan and US publisher Pantheon Books, were taken over and used to impersonate the Tesla CEO. Once hijacked, the hackers changed the accounts’ names and profile pictures to those of Musk, before sharing a tweet calling for people to send him cryptocurrency.

In other news, Winklevosses’ Foe Charles Shrem has won the first round of the court battle as a judge froze Shrem’s assets last month before Shrem found out about the suit, but lifted that order Thursday after a court hearing.

A Winklevoss twin had earlier filed a lawsuit against the Bitcoin entrepreneur Charlie Schrem, asking, “Where are our 5000 Bitcoins?”

Stay tuned for the next week edition of Cryptocurrency this week!