Digital Currency Is Essential But It Doesn’t Need To Be Cryptocurrency: IBM Blockchain VP

Digital Currency Is Essential But It Doesn’t Need To Be Cryptocurrency: IBM Blockchain VP 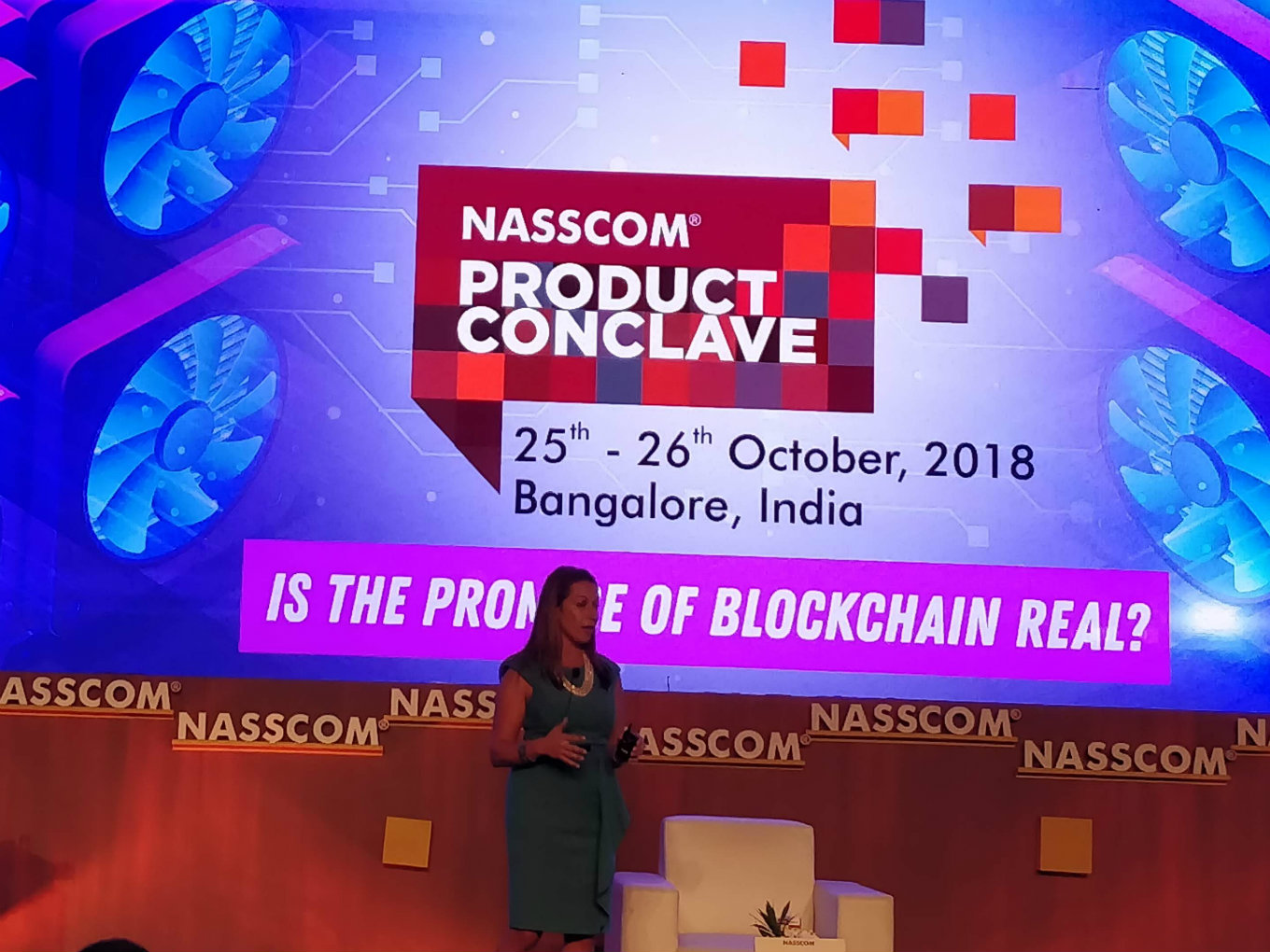 This year, we are seeing blockchain-based solutions getting wider adoption and being used in various applications

Dubai is fast-tracking the adoption of its Blockchain Strategy 2021

Since its inception in 1911, IBM, a US-based tech company, has been playing a key role in the evolution of technology worldwide — be it in the evolution of PCs in the 1970s or now. In its latest moves, IBM has designed the world’s first AI-powered companion in space (Crew Interactive MObile CompanioN, CIMON) and is leading blockchain projects through its open source, production-ready, business blockchain framework — Hyperledger Fabric.

On the sidelines of the recent NASSCOM Product Conclave 2018, Inc42 caught up with Janine Grasso, VP, Strategy and Ecosystem Development, IBM Blockchain, for a quick fireside chat on blockchain developments across the world.

Here are some excerpts from the interview:

Inc42: Blockchain has been around for a decade but its growth is still sluggish? Why so?

Janine Grasso: It’s not just about technology. It’s about breaking down the barriers, getting various companies to come together, which, in most cases, compete with each other. Establishing governance among various stakeholders to bring their data together and get them to trust one another might take its own time. So, I would say it hasn’t really been mainstream yet.

The year 2016 was about pilot projects (in blockchain). In 2017, there were a lot of experiments, and 2018 is the year we see production happening, which will ultimately apply to various applications.

Inc42: Which countries are leading the blockchain bandwagon?

Janine Grasso: Dubai is one of the few markets that has been fast-tracking development with its blockchain strategy. The Dubai government has launched the UAE Blockchain Strategy 2021 with the goal of becoming a world leader in adopting blockchain technology. Their administration is hugely investing in blockchain courses, events, workshops, and reports as part of the strategy.

Besides, the US, Singapore, Australia, and Japan are some other countries that have made remarkable developments towards adopting blockchain.

Inc42: In the present scenario, where many blockchain projects die at the PoC stage, which are the key sectors where things are really moving?

The potential of blockchain is immense and keeps growing. A few years down the line, we will see blockchain in media, retail, agritech…the way we buy our cars, the way we get our licenses, the way we interact with government agencies. Having blockchain as its foundation, these are going to be much more pervasive.

Inc42: Does separating cryptocurrency from blockchain restrict its application?

Inc42: IBM has been leading private/permissioned blockchain projects worldwide. What’s IBM up to?

Janine Grasso: Besides working with corporations, IBM is looking for something different — blockchain for social and environmental solutions as well. We are doing a lot of things such as organising programmes like ‘Call for Code’ challenge for social good. We are working with a lot of different organisations. For instance, we are working with PlasticBank, which are taking plastic and turning it into some value for underprivileged people.

[This interview has been lightly edited and condensed for clarity.]