Cryptocurrency This Week: Iran Speeds Ahead Of RBI To Reveal Its Fiat Cryptocurrency, China’s Crypto-Hate Continues And More

Cryptocurrency This Week: Iran Speeds Ahead Of RBI To Reveal Its Fiat Cryptocurrency, China’s Crypto-Hate Continues And More

RBI is working on its own fiat cryptocurrency project, reveals its annual report 2017-2018 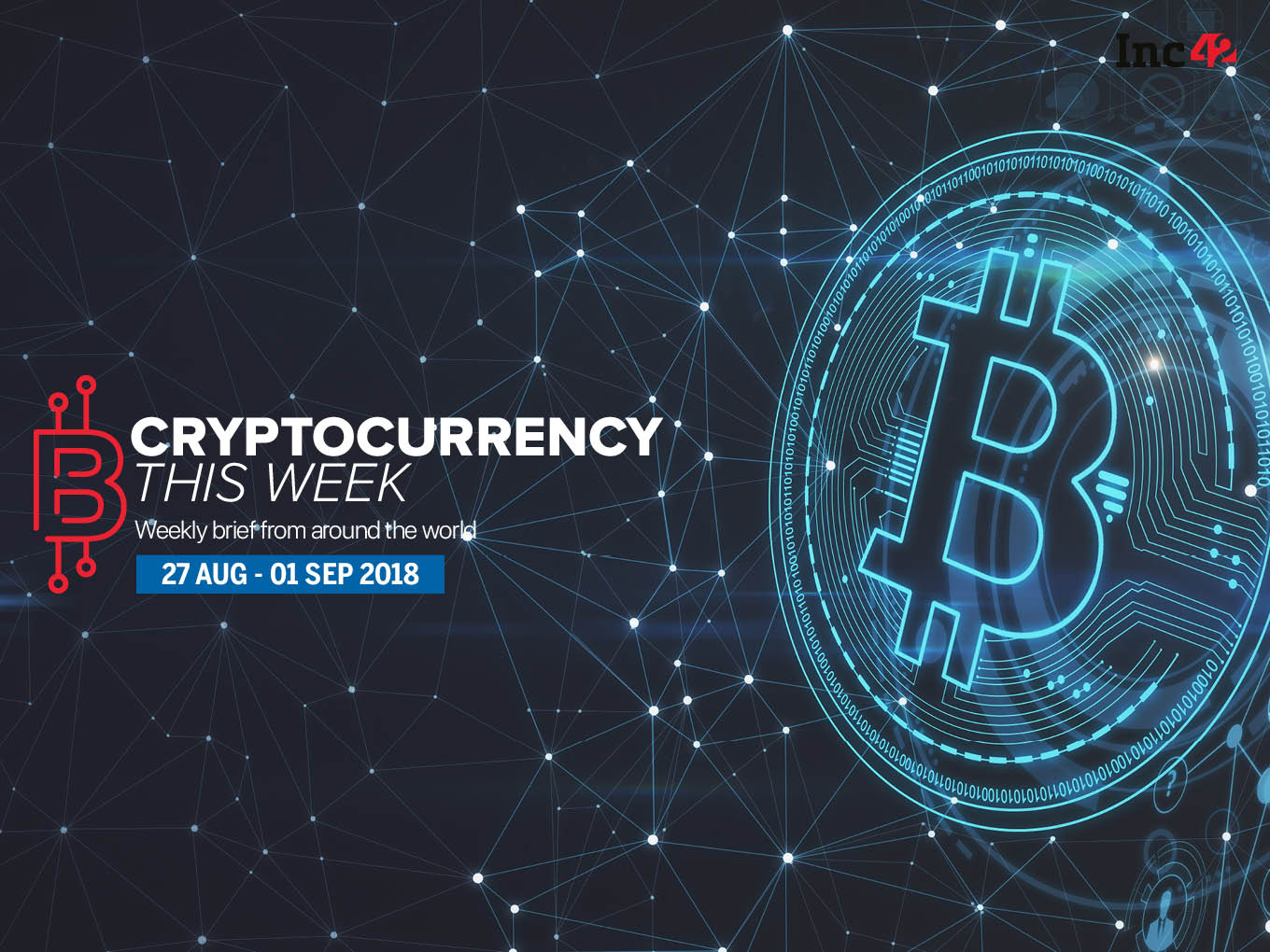 Indian Central Bank Reserve Bank of India (RBI) has now formed an inter-departmental group to study and provide guidance on the desirability and feasibility to introduce a central bank fiat cryptocurrency. However, the RBI’s annual report 2017-2018 has also evinced the monetary imbalance, dark web trading and unreliability and volatility that the existing cryptocurrencies pose.

Moving on, one important wired logic to adopt cryptocurrencies, given so far, is that ‘it is safe and secure’. Hard cash, credit/debit cards could be stolen easily; but, not Bitcoin. However, amid increasing cryptocurrency theft and hacking cases, a parallel development has been on developing a physical vault and wallet to ensure the safety and security of cryptocurrencies. Russian watchdog Federal Financial Monitoring Service has even ordered an analytical tool for tracking transactions with cryptocurrencies, in particular with Bitcoin.

The developments are certainly not in the spirit of the underlying technology — blockchain. Certainly, not the ‘Jobs’ way of thinking.

What are the  Bitcoin-related developments this week? Let’s find out!

While presenting its annual report 2017-2018 which made media abuzz with demonetisation again, the RBI revealed that the central bank has in fact formed an inter-departmental group to study and provide guidance on the desirability and feasibility to introduce a central bank fiat crypytocurrency.

Marking the Bitcoin-related development happening across the world and that ‘cryptocurrency typically has some monetary characteristics’, RBI, however, maintained the stance that “it is not a liability of any entity and is not backed by any authority. Its value is driven by users’ confidence in it. This, coupled with limited supply, makes its value highly volatile and, therefore, not a reliable medium of exchange or store of value.”

The report further goes on to state that the cryptocurrency eco-system may affect the existing payment and settlement system which could, in turn, influence the transmission of monetary policy.

Furthermore, being stored in digital/electronic media – electronic wallets – it is prone to hacking and operational risk, a few instances of which have already been observed globally. There is no established framework for recourse to customer problems/ disputes resolution as payments by cryptocurrencies take place on a peer-to-peer basis without an authorised central agency which regulates such payments.

Justifying its stance taken on April 6, this year, the report added, “There exists a high possibility of its usage for illicit activities, including tax avoidance. The absence of information on counterparties in such peer-to-peer anonymous/pseudonymous systems could subject users to unintentional breaches of anti-money laundering laws (AML) as well as laws for combating the financing of terrorism (CFT) (Committee on Payments and Market Infrastructures – CPMI, 2015).”

Kali Digital Eco-System, one of the first Indian crypto entities to knock Delhi High Court’s door against the RBI circular dated April 6 has now launched its CoinRecoil exchange. Over a dozen cryptocurrencies/tokens have already been made available at the exchange. This includes Bitcoin, Bitcoin Cash, Bitcoin Gold, Litecoin, Doge Coin, Kali Coin and TUSD (True USD). 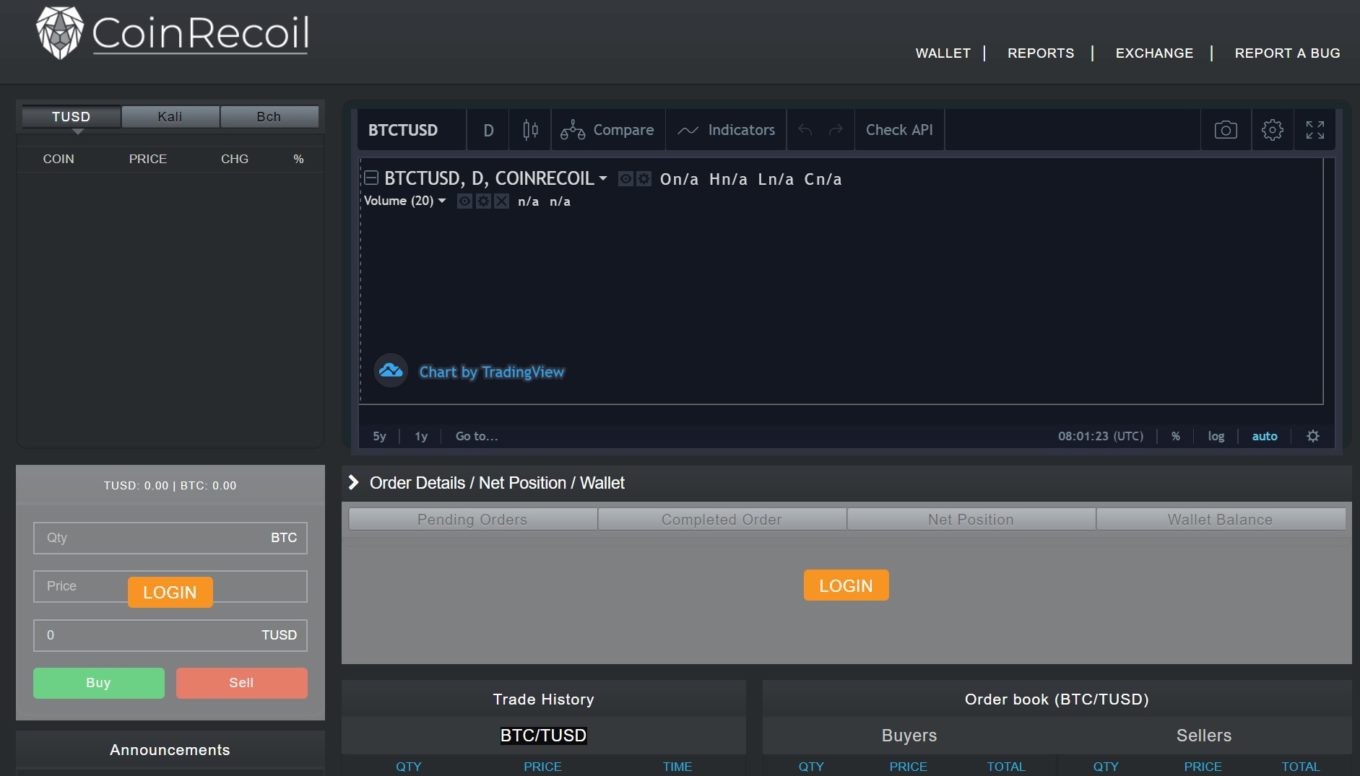 The company plans to extend the list to 35 cryptocurrencies, next month.

Co-founder and director Kunal Barchha said, “The journey so far wasn’t easy and everyone in Indian crypto space knows it. RBI’s crackdown and global cryptocurrency market meltdown put everyone in jeopardy. As a startup, we had our own set of challenges like meeting promised deadlines, legal challenges, regulatory challenges, technical challenges, and many more. But we had our vision sorted, to be the most versatile cryptocurrency exchange of India and this is just the day one of the journeys.

He added that CoinRecoil is launching with ‘Zero Fees on Coin Withdrawals’ (Only mandatory network fees will be charged to customer).

The Islamic Republic of Iran is working on its own fiat cryptocurrency that will be backed by its currency Rial. According to Iranian news agency IBENA, Informatics Services Corporations (ISC), affiliated to Central Bank of Iran:

Elastos, the first blockchain-powered Internet infrastructure, announced a merged mining partnership with Bitmain Technologies, a consumer-grade ASIC miner. The merged mining partnership will help improve the security of the Bitcoin network by sharing its hashpower and could be a significant step towards the mainstream integration of Elastos’ secure and reliable internet operating system.

Rong Chen, Founder and Chairman of Elastos said, “ELA is one of the first coins to be merged mined with Bitmain. This partnership serves as an affirmation of the strength of the Elastos community and technology.”

He further added, “the accomplishments in our first year alone are indicative of Elastos’ potential to make waves far beyond the blockchain space — we are on track to change the whole internet industry, its users, digital ecosystem and to create an industrial strength IOT network. This is the internet of the future, where people will own their data, and connect directly and securely.”

BTC will serve as the parent chain while ELA will work as the auxiliary chain. The partnership enables miners from BTC.com and AntPool to joint mine BTC and ELA using the Auxpow consensus.

In addition to the commencement of merged mining with Bitmain, Elastos capped off their two-day anniversary celebration in Thailand — the nation quickly becoming recognised as a trailblazer in blockchain technology adoption — with announcements pertaining to their incentivised community portal, Cyber Republic, and the rollout of a full end-to-end test environment of the Elastos Smart Web Alpha, called Elastos Trinity.

Trinity aims to implement a cross-platform application, compatible with Android, iOS, Window, and Mac, and will serve as the gateway from the existing internet to the Elastos internet infrastructure.

Extending the banning of crypto-related promotional events that was limited to the capital Beijing, Chinese authorities have now banned the same in Guangzhou as well.

According to a report recently published in South China Morning Post, the Guangzhou Development District, which was established in the 1980s as one of China’s first special economic zones, has issued a notice on August 24 that banned the hosting of events promoting cryptocurrencies. It cited “maintaining the security and stability of the financial system” as part of the reason.

The recent steps of banning crypto trading and ICOs in the country, and now banning the cryptocurrency related promotional events which are usually organised to attract local investors, it appears that China does not want its investors to invest in cryptocurrencies.

Meanwhile, it is now being reported that leading stock exchange Nasdaq is set to launch Nasdaq ‘coin exchange’ in Q2 of 2019. However, a formal announcement regarding the same is yet to be made. In order to launch its own exchange, Nasdaq might list several cryptocurrencies by 2019.

Finally, we leave you with a quote from Kenneth Rogoff’s book “The Curse of Cash”

“Regardless of whether the first generation of cryptocurrencies survives the next decade, the public ledger encryption technology they pioneer might provide a roadmap to better security over a broad range of financial transactions.”

Interestingly, the RBI, too, supports the Rogoff’s idea, that international factors are important and can potentially affect the design and implementation of any plan to phase out paper currency, but, overall, these issues should not alter the scenario where the costs outweigh the benefits. A coordinated phase-out of currencies in advanced countries could be the most desirable policy.

Meanwhile, The dark knight, Bitcoin has crossed the $7K barrier.