Important Events In The World Of Cryptocurrency, Bitcoin, ICOs And More [30 July - 4 Aug 2018] 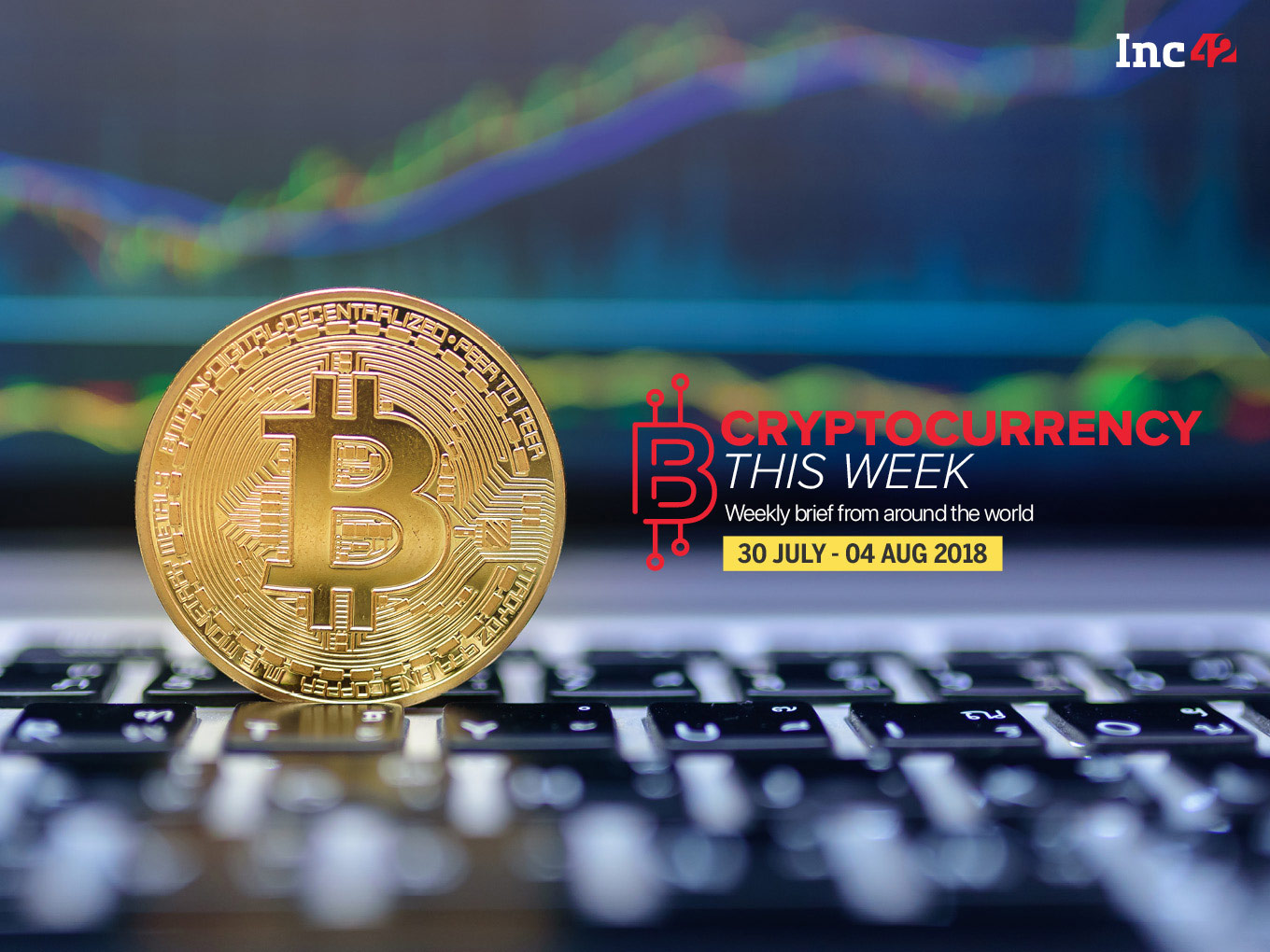 After touching $8.3K only last week, Bitcoin is back to $7.4K. However, Bill Miller, the US-crypto investor, billionaire and a chief investment officer at Legg Mason Capital Management, still believes that Bitcoin is similar to gold.

In an interview given to Bloomberg, Miller said that he believes that Bitcoin is an interesting technological advancement and will soon see the entry of institutional money as the next significant phase.

“Cryptocurrency enthusiasts are effectively celebrating the use of cutting-edge technology to set the monetary system back 300 years. Why would you want to do that?”

Meanwhile, in India, since Amit Bhardwaj’s arrest in April, the police continue to bust more cryptocurrency related scams. In the latest such case, police arrested two people in Ghaziabad in Uttar Pradesh (UP), who have allegedly duped 1,800 people so far.

India’s Interdisciplinary Committee yet To Finalise The Draft On Cryptocurrency

The Committee is headed by Subhas Chandra Garg, Secretary, Department of Economic Affairs.

In contrast to media reports that the committee has already submitted its report, last month, responding to an Inc42 query, a DEA official clarified that the report is still in the process of being finalised.

Claiming to have busted a cryptocurrency scam of $4.38 Mn (INR 30 Cr), the UP police recently arrested two men for allegedly duping as many as 1,800 people.

Acting on a complaint by around 50 investors, Gaurav Aneja, a native of Sahibabad city in Uttar Pradesh’s Ghaziabad district, and Nelson Lobo from Mumbai were nabbed in the Vasundhara area of Ghaziabad, reported NDTV.

As per the report, the database of the company has been seized to probe the case and an FIR has been lodged under Section 420 (cheating) and Section 406 (criminal breach of trust) of the Indian Penal Code (IPC).

Cybersecurity service provider, Kaspersky Labs claims to have recently discovered a miner called PowerGhost whose file-less nature allows the malware to attach itself to the victims’ workstations or servers without being noticed. Most of the attacks that they’ve registered so far have been from India, Turkey, Brazil, or Colombia.

As per the Kaspersky Labs report, once PowerGhost penetrates a company’s infrastructure, PowerGhost tries to log in to the network user accounts through the legitimate remote administration tool Windows Management Instrumentation (WMI). The malware obtains log-ins and passwords using a data extraction tool called Mimikatz. The miner can also be distributed through the EternalBlue exploit for Windows, which was used by the creators of WannaCry and ExPetr.

Like any miner, PowerGhost uses the computing resources to generate cryptocurrency. This reduces server and other device performance as well as significantly accelerates wear and tear, which leads to replacement costs.

CEO of A Vietnamese Cryptocurrency Mining Firm Absconds with $35 Mn

Le Minh Tam, CEO of a Vietnamese cryptocurrency mining firm Sky Mining has been absconding since July 30, taking away $35 Mn from the company investors, reported the local daily Vnexpress.

Over a dozen investors of a cryptocurrency mining company have claimed to be victims of a fraud case and the company’s main office in Phu Nhuan District is closed with the company nameplate removed.

As per the report, the investors found that all 600 mining machines in the company’s factory in the neighbouring Dong Nai Province’s Bien Hoa Town had been taken away by a group of people claiming to be maintenance workers.

A group of 20 investors have filed a petition on the alleged fraud with the police of Ward 9 in Phu Nhuan District, where Sky Mining was located.

In a notification, Chinese social network Tianya Community has announced the launch of Tianya Token on August 8.

In a press statement, the company averred that after half a year of research and design, after many rounds of communication with users, the Tianya sub-system based on blockchain technology has taken shape, and will be launched on August 8th for the public.

The Tianya Tokens (TYT) is the only accounting voucher in the Tianya blockchain ecosystem, limited to 90 Bn, and community users will receive TYT awards based on their contribution to the community. As the medium of value transfer, TYT is mainly used to complete various transactions and payments within the community.

The community reserves 20% of the tokens for team incentives, ecological development investment and operation promotion, etc., depending on the needs of community construction.

80% of tokens will be disbursed as rewards to original content creators, discoverers and community autonomy contributors.

In other news, while CoinJar has launched Australia’s first crypto fund, Seattle-based Starbucks is working with Microsoft and a global cryptocurrency exchange on a new digital platform that will allow consumers to use Bitcoin and other cryptocurrencies at Starbucks.

Stay tuned to Inc42 for more updated news on Bitcoin and other cryptocurrencies!