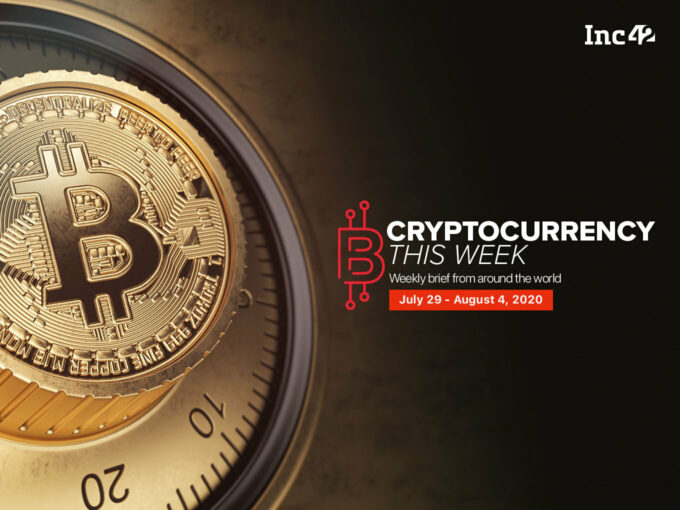 Trouble may be looming on the horizon for cryptocurrency trading platforms in India, with the government reportedly moving into advanced deliberations over a bill from last year which seeks a complete ban on virtual currencies.

The bill, entitled, “Banning of Cryptocurrency and Regulation of Official Digital Currency Bill, 2019,” was drafted by an inter-ministerial committee headed by former Finance and Department of Economic Affairs (DEA) Secretary Subhash Chandra Garg. Lawyer Mohammed Danish, the co-founder of Crypto Kanoon, a crypto regulatory media platform, had filed an RTI application with the Department of Economic Affairs to establish whether media reports suggesting that the government had begun consultations on the bill were accurate.

In its reply to Danish’s RTI, the Department of Economic Affairs wrote, “The government had set up an inter-ministerial committee (IMC) for examining the issue of cryptocurrencies. The report of the IMC on VCs (virtual currencies) has since been submitted by its members but is awaiting approval of the government. The report and bill will now be examined by the government through inter-ministerial consultation by moving a cabinet note in due course.”

The proposed bill calls for a complete ban on all cryptocurrencies and related activities such as mining, holding, advertising, promoting, buying, selling and providing exchange services, among other things. Indian institutions have long been hostile towards cryptocurrencies as it is believed that such currencies are used for anti-social purposes such as funding terrorist activities, a fact backed through evidence collected by the Financial Action Task Force (FATF), an inter-governmental organisation to combat money laundering. These supposed ramifications are believed to be a consequence of cryptocurrencies being outside the purview of any country’s central bank, the lack of any underlying fiat, episodes of excessive volatility in their value, and their anonymous nature which goes against global money-laundering rules.

In March this year, the Supreme Court quashed a Reserve Bank of India (RBI) circular from 2018 which had ordered a banking ban on cryptocurrencies in India. Since the SC order, there has been a spurt in cryptocurrency-related activities in India, with some crypto exchange platforms reporting a 400% spike in trading activity. It remains to be seen if the positive outlook for cryptocurrency exchange platforms in India will hit a roadblock with the coming of a blanket ban on virtual currencies possibly in the upcoming monsoon session of the Indian Parliament, the dates for which are yet to be notified

Brad Garlinghouse, CEO of global payments system Ripple, has said that in an uncertain world where the global economy is witnessing a downturn due to the financial disruption caused by the Covid-19 pandemic, governments were seriously considering the blockchain technology. Garlinghouse, in a series of tweets, while commenting on a Bloomberg article which detailed the pros and cons of potential alternatives to the dollar such as gold, yuan and crypto, said that with the erosion of trust in the global financial system, people will inevitably gravitate towards cryptocurrencies. “It addresses frictions (settlement, transparency, among others) that were assumed VERY hard to solve before. Crypto is up 80% while USD is down 3% YTD,” Garlinghouse wrote in a tweet. 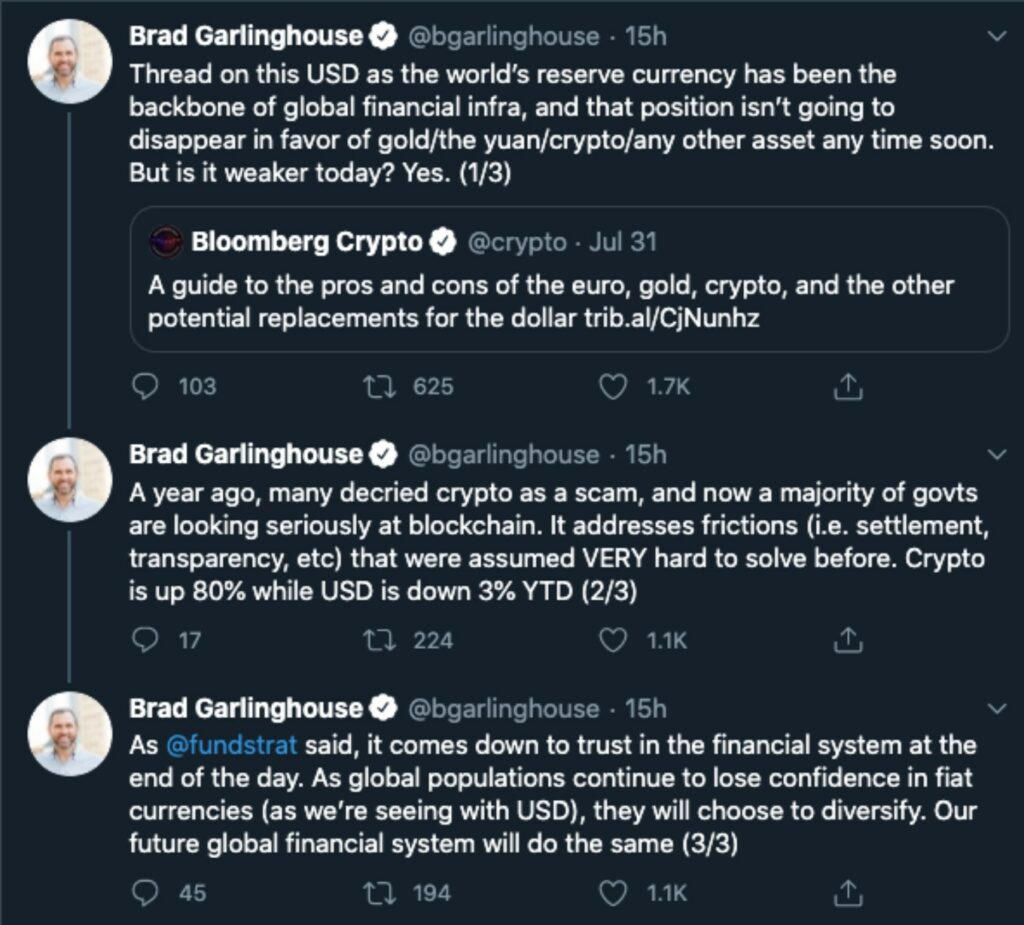 Garlinghouse admitted that the US dollar’s dominance as the backbone of the global financial infrastructure wasn’t going to be lost anytime soon to other assets such as gold, the yuan or crypto, among others, anytime soon. “But is it weaker today?” he asked. Evidently, as the dollar index, which measures the greenback against a host of leading currencies, had its worst month in a decade in July, as it lost more than 4%. It is down 10% from its peak in March.

China’s central bank, the People’s Bank of China (PBoC), is reportedly planning to use its digital currency electronics system to counter the dominance of Chinese tech giants Alibaba and Tencent in the country’s digital payments sector. The report comes only a few days after it was reported that PBoC had promoted an antitrust investigation against both companies’ digital payments platforms, Alipay and WeChat Pay for suppressing competition in the sector. PBoC will use the DCEP to provide banks equal opportunities in the field of digital payments as it earlier did to technology giants.