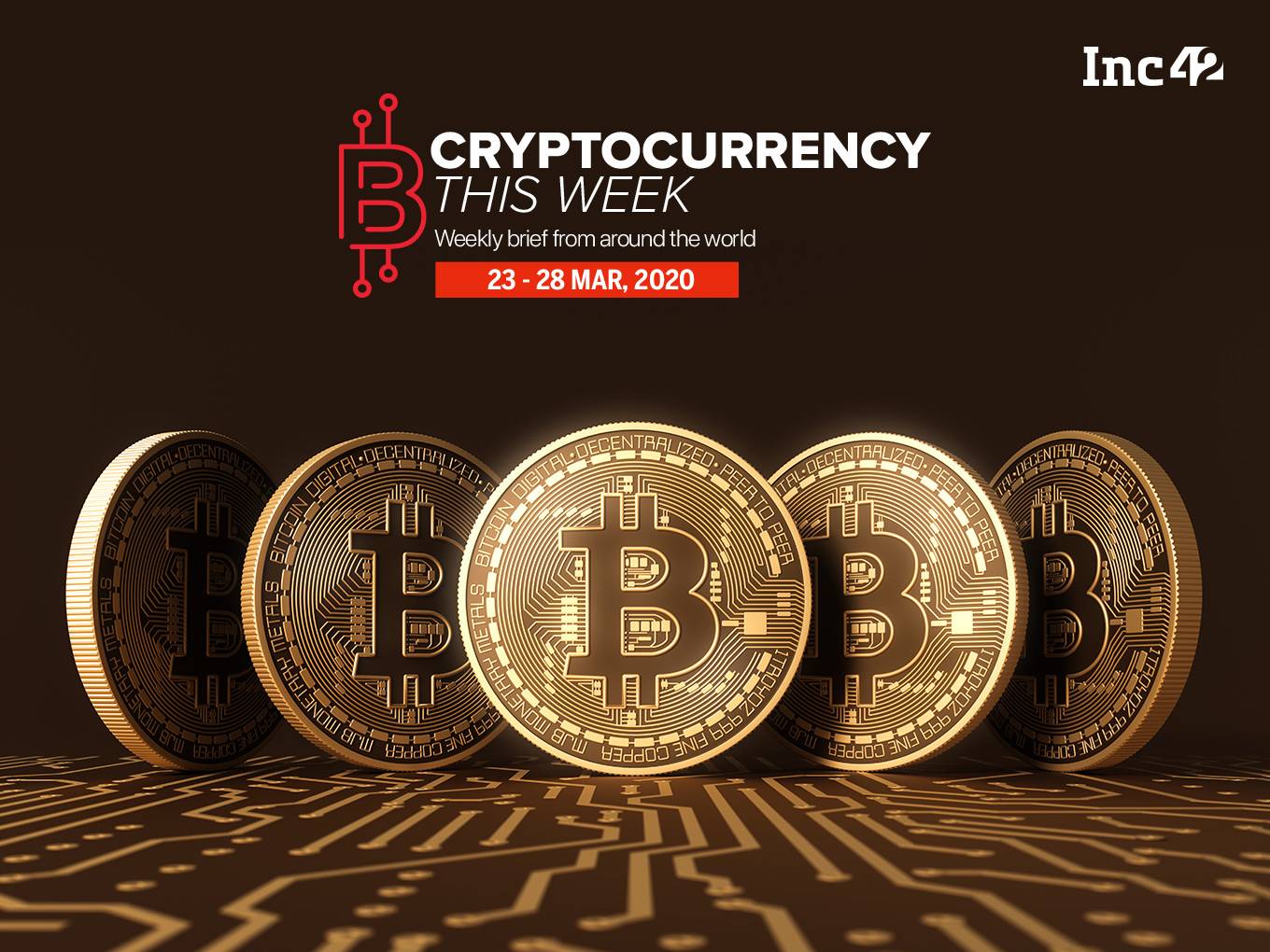 To onboard and educate more Indians, CoinDCX is launching TryCrypto and DCXlearn

Unocoin is launching a lending platform based on Bitcoin as collateral

Bitcoin and other cryptocurrencies too have lately witnessed a slowdown in sync with other conventional stocks and assets. While the Covid-19 pandemic has probably overruled the Bitcoin halving effect which is due in May, this year, Binance founder and CEO Changpeng Zhao aka CZ does not seem to be agreeing with this.

In an interaction with BlockTV, CZ said, “I personally believe that the halving was not priced in” adding that he does not usually make forecasts.

In a tweet, CZ, meanwhile, also said that Bitcoin market cap has the potential to hit $2 Tn, as most of the Bitcoins are not for sell. He tweeted,

As we get used to talk about Trillions, a modest $2 trillion market cap of #bitcoin  will put 1 BTC at $100,000. Not such a hard to imagine number now, right? As most BTC are not for sell (HODLers), we only need a small portion of that $2t to buy to reach it.

India’s leading crypto platforms CoinDCX and Unocoin have announced new plans. Speaking to Inc42, Sumit Gupta, founder and CEO of CoinDCX informed that CoinDCX has launched its ambitious campaign, TryCrypto, which aims to onboard 50 Mn Indians into crypto.

“The $1.3 Mn investment will spearhead the TryCrypto initiative with funds allocated towards educational initiatives, seminars, and online courses (15%); roadshows and awareness campaigning (25%); meetups, community events, and community engagement (25%); and to product trials (35%).”

CoinDCX is also launching its own crypto learning program, DCXlearn.

Meanwhile, Unocoin is now planning to launch a lending platform for its customers. Cofounder and CEO Sathvik Vishwanath told Inc42, “Unocoin is launching the lending platform where our customers can collateralise Bitcoin and get USDT (a stable token backed by United States Dollars) or get INR to their bank account with up to 50% exposure. We are also looking at reviving the merchant gateway that used to have 2000 merchants in India which were accepting bitcoin as a mode of payment.”

If I could advise the government on this, I would call for a ban Bitcoin and its kin. India does not need these, there is already too much corruption in the country.

However, accepting the fact that digital currency is the future and need-of-the-hour, Wadhwa added that India’s Unified payments Interface (UPI) technologies are the most advanced in the world. Several companies have successfully built legal and proper payments systems on top of these.  He said the government must invest more in UPI payments and other digital payments and encourage people to move to this, rather than crypto.

In a rare move, one of the leading Italian private banks Banca Sella has now launched a Bitcoin trading service which is currently available on its Hype platform in beta mode.

Over 1.2 Mn users are currently using Hype and hence will be able to conduct Bitcoin transactions. The move has been taken in the wake of the Covid-19 pandemic which has seen the highest number of deaths in Italy so far and has badly impacted the country’s economy.

However now, Dante Federighi, a nominee for CME Group’s upcoming board of directors election and cofounder of the investment managing firm Fortezza Forza RMC Fund has apparently said that CME Group should create more value for its investors and should divert the excess energy to mine Bitcoin and other cryptocurrencies. Federighi has suggested that the company would immediately convert any newly minted cryptocurrencies into fiat which will generate additional revenue for its shareholders.