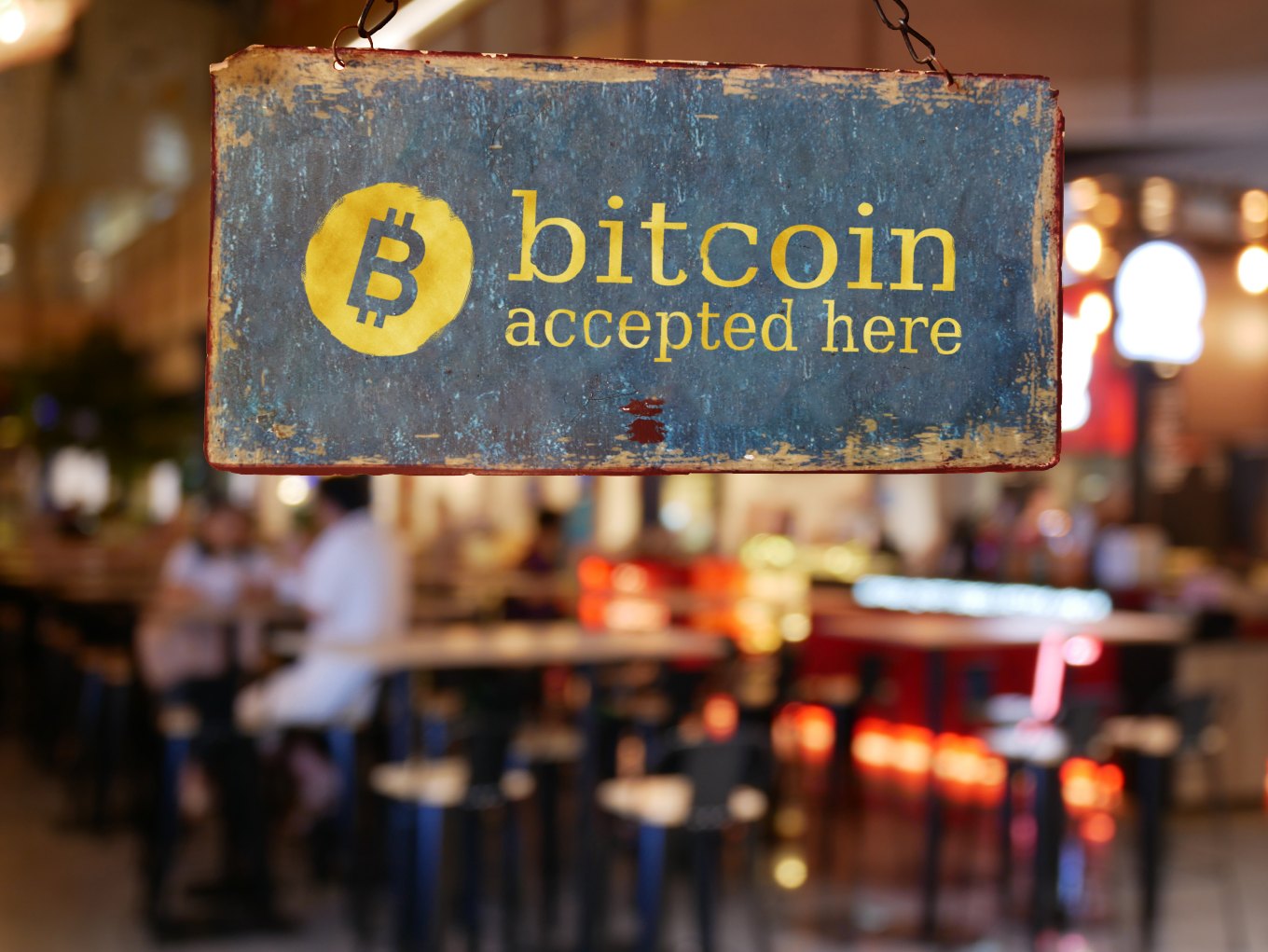 Right after the IAMAI vs RBI case judgement earlier this month, Indian crypto startups made a big splash with a host of announcements. But having been caught in the middle of the Covid-19 pandemic that has impacted almost all industries, some of that early excitement may be on the wane.

While the Supreme Court’s latest judgement has given an immediate boost to these startups, the legal fight is far from over. The writ petitions of Siddharth Dalmia, Vijay Pal Dalmia and Rohan Dwaipayan Bhowmick demanding crypto regulations across the country are still pending and listed before the Supreme Court for hearing on April 27, 2020.

What’s been the impact of the Supreme Court’s judgement on the ground? Can cryptocurrency save the day for investors as markets crash?

As we spoke to the leading crypto startups of the country, almost all the startup founders agreed that despite Covid-19 effect, as the judgement brought more legal understanding into the matter, there has been an exponential increase in its trade volume. However, due to the situation around lockdowns, some announcements by crypto startups have been postponed.

While the crypto market is equally affected by Covid-19 and the global meltdown, Nischal Shetty, founder and CEO of WazirX, which was recently acquired by global exchange Binance told Inc42, “In the past 30 days, WazirX trading volume has grown by 473%.”

More importantly, there has been a change in the attitude of media and public towards Bitcoin, said Unocoin Technologies cofounder and CEO Sathvik Vishwanath.

“It was tough to explain to so many people about what the issue with the RBI is. Even the police and enforcers had the same view. So now the judgement has given clarity and also helped in spreading the word about this new technology. Some of the banks still have the anxiety to accept the crypto business for bank accounts but there are many which are supporting it. It seems RBI has not sent any kind of notice to banks since the judgement which probably will make the anxious banks as well jump on board.”

While Unocoin claims to be currently adding about 500 to 700 new users every day, CoinDCX witnessed 10X growth in the first week of the judgement and growth is continuing with marked uptrend, said Sumit Gupta, founder and CEO.

“Post the uplifting of the RBI ban, CoinDCX was the first exchange to integrate banking payment solutions in less than six hours. This shows that banks are open to collaborate with crypto companies provided the environment is right. We will witness many banks and payment companies opening to collaborating now in the near future,” Gupta said.

Another crypto exchange BuyUCoin too claimed a 400% increase in the trading volume on a daily basis since the judgement.

Earlier this week, as CoinDCX announced the closure of its Series A funding, Delhi-based crypto exchange BuyUCoin partnered with fintech company Mobikwik for the seamless fiat-to-crypto conversion. BuyUCoin has also acquired a licence to operate from Estonia

Besides, Zebpay made a comeback to the India market under a different company name and new leadership, global exchanges such as Binance and OKEx have entered the Indian market as well. Recently, Binance announced the acquisition of Indian exchange WazirX, OKEx entered into a partnership with CoinDCX.

CoinDCX has launched its ambitious campaign, TryCrypto, which aims to onboard 50 Mn Indians into crypto.

“The $1.3 Mn investment will spearhead the TryCrypto initiative with funds allocated towards educational initiatives, seminars, and online courses (15%); roadshows and awareness campaigning (25%); meetups, community events, and community engagement (25%); and to product trials (35%).”

CoinDCX is also launching its own crypto learning program, DCXlearn.

“Unocoin is launching the lending platform where our customers can collateralise Bitcoin and get USDT (a stable token backed by United States Dollars) or get INR to their bank account with up to 50% exposure. We are also looking at reviving the merchant gateway that used to have 2000 merchants in India which were accepting bitcoin as a mode of payment.”

WazirX, now a part of Binance, has already made some big announcements. Binance has been working on many fronts. Besides its exchange now operating through WazirX in India, it has also been running acceleration programmes with its focus on Asia-pacific under Binance Labs.

It also launched a $50 Mn ‘Blockchain in India’ fund to invest in Indian projects and startups focusing on solving problems through blockchain technology. “Besides investing, we also look forward to partnering with traditional funds who believe in blockchain, and provide mentorship and support to student organisations and universities who want to set up blockchain technology incubators. We plan to help every entrepreneur trying to solve a problem with blockchain technology,” said Shetty.

Can Crypto Help In Fighting Covid-19?

Barring China, South Korea and few other countries, Covid-19 pandemic has largely been unstoppable so far. India, with its limited resources, has now announced a lockdown across the country. And, the US, despite all its resources to its rescue, has badly failed in fighting the pandemic.

Can crypto be of any use in fighting Covid-19? Utsav Somani, partner of AngelList India and 0B1T Capital which has made investments in crypto and blockchain startups such as CoinDCX and Elemential Labs, pointed out the existing discrepancies with the fiat currencies and how US Federal Reserve and monitoring authority are printing record amount of money to deal with credit crisis amid Covid-19.

The Fed has even gone on to say that technically, they have unlimited amounts of cash to print. Such a behaviour of the central bank and authorities will put the entire economy out of whack. This is where crypto is useful. Being the internet of money, it’s borderless. As Covid-19 appears to be the black swan, it will even turn banks towards cryptocurrencies, claimed Somani.

“Crypto also ensures there’s no slippage in the funds received because the transfer charges are negligible compared to the 5 – 8% slippage seen when money is sent from one country to another.” – WazirX founder Nischal Shetty

Contactless is the new buzzword in the times of Covid-19. And, at this time of the pandemic, a lot of people may start looking at crypto, especially Bitcoin, as a store of value. “On the other side, because the crypto payments are contactless it can be of some use in many countries where the digital payment infrastructure does not exist,” said Vishwanath.

In recent weeks, a fall in the price of Bitcoin and most of the leading cryptocurrencies have badly coincided with the global slow down. This has been worrisome for crypto stakeholders.

Somani told Inc42, “What’s really bothering is that cryptos showing a high degree of correlation to the major asset classes in the global economy right now. Both are going through a major crash, that is probably the bigger worry. With all eyes now on the public markets and oil price and the macro recession, which is going to be a testing time for cryptos to prove that it is de-correlated to the regular asset class or traditional asset classes.”

Sanat Rao, managing partner of US-based blockchain fund Shyn Capital believes that this binary understanding of cryptocurrencies must change. Speaking to Inc42, Rao commented, “Anytime, if you have a blanket ban on a piece of technology without understanding its nuances? It, unfortunately, prevents innovation.”

This is why we saw India falling behind in blockchain, Rao explained, “It’s important for us to distinguish that there is a speculative part of crypto which is like any other asset or a commodity and then there’s the underlying use case for that of those coins. Thus, there are speculators with trade. And then there are people who will actually use the crypto assets to execute smart contracts and so on. While the government has aptly looked into the first case scenario, it’s equally important to look at the next two-three scenarios as well, like the actual underlying use cases.”