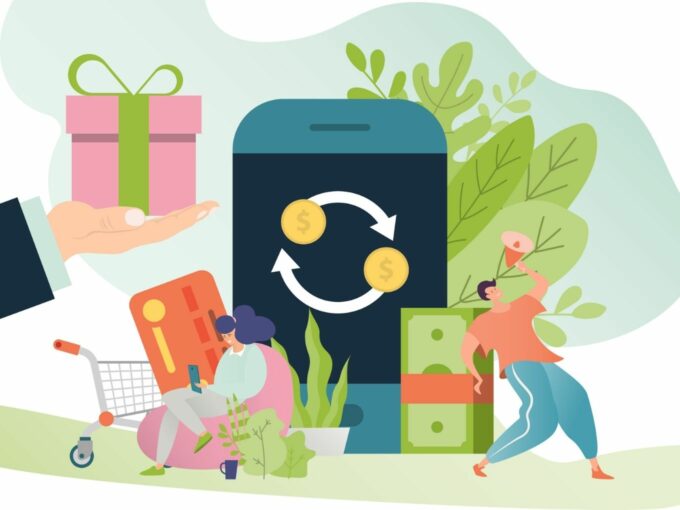 This year’s festive season helped the ecommerce industry reclaim the demand that was lost due to the pandemic. Both Amazon and Flipkart, alone, managed to clock $3.4 Bn (INR 26K Cr) in sales in the first four days, surpassing last year’s $3 Bn sales. Overall, goods worth $4.1 Bn (INR 29K Cr) were sold during the first week of the sale.

But UPI wasn’t the only payment system that had a ground-breaking month. For many, credit became a popular mode of payment. Flipkart highlighted that EMI options and pay later were an important enabler of credit for customers this year. The company witnessed 7x higher spends though pay later option and 1.7x higher adoption of the EMI schemes. 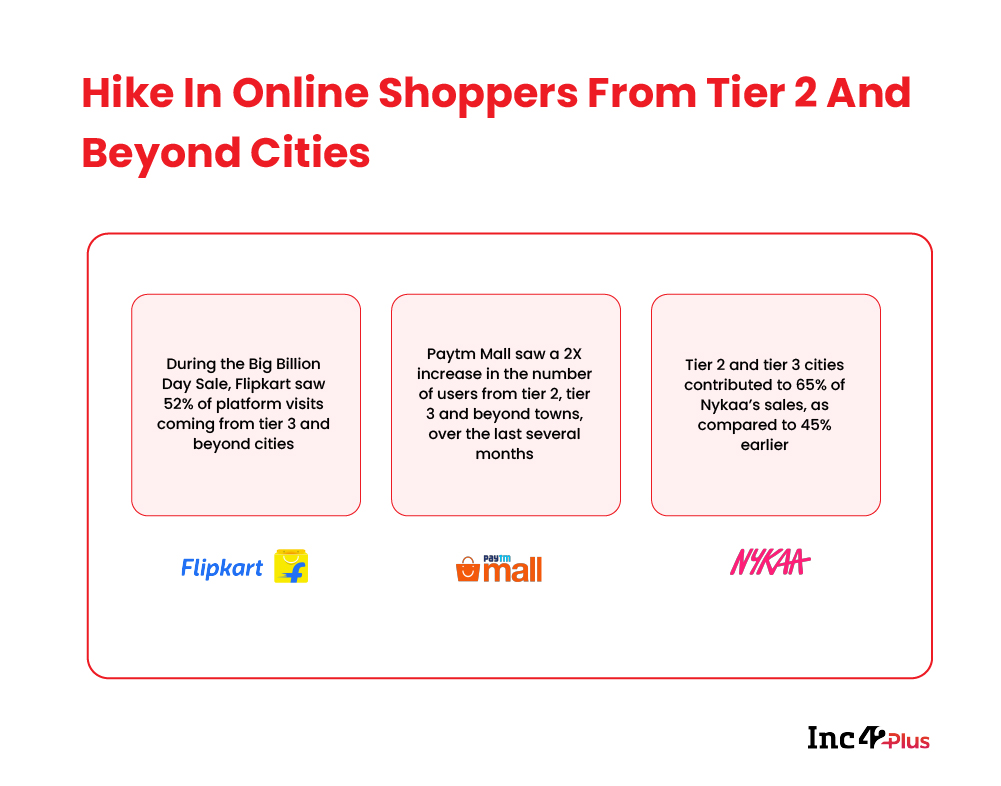 Even Amazon noted a 1.5-2x growth in overall credit uptake and pay later grew 4X compared to business as usual. Since April, the programme Amazon Pay Later has offered more than 10 Lakh loans for customers to manage their daily spends or for EMI for large-value items.

“In response to the increasing preference of such instruments, especially for non-credit card customers… This reflected in a recent awareness and preference survey for debit EMI conducted by Nielsen where 58% of customers mentioned that Amazon offers the best debit EMI options which was 20% higher than other online competitors,” an Amazon spokesperson claimed.

Amazon, which was offering EMI across 24 banks, disbursed more than INR 600 Cr credit during the Prime Early Access. The company claimed that 2 of every 3 EMIs were no-cost EMI, 3 out of 4 EMI shoppers came from Tier II, Tier-II cities. Amazon customers on average spent 44% more compared to last year, the company claimed.

The latest Redseer report estimates that both Flipkart and Amazon together comprised 90% of the total ecommerce sales in India in the week of the sale. The report notes that Flipkart Group (Flipkart + Myntra) clocked in 68% of the gross merchandise value (GMV), whereas Amazon dominated the rest 32%. 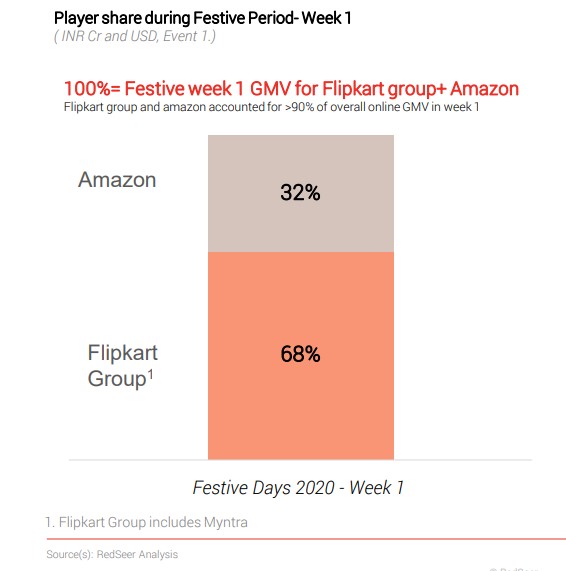 Amazon denied these reports saying, “We cannot comment on speculative reports without transparent methodology. The Great Indian Festival has given lakhs of sellers and hundreds of brands their festive season on Amazon.in.”

Flipkart had earlier claimed that its ‘The Big Billion Days’ festive season sale saw a 1.5x number of transacting sellers compared to last year, of which nearly 35% witnessed 3x sales. The company has delivered 10 Mn shipments with over 3.5 Mn of them delivered by its kirana partners.

Meanwhile, Myntra in orders received. According to the company, 45 Mn customers visited the company’s portal out of which 4 Mn shopped 13 Mn items during the ‘Big Fashion Festival’ sale that concluded on October 22