Rau had founded Citrus Pay, which was acquired by Naspers’ PayU in 2016

He stepped down as PayU India CEO in February 2019 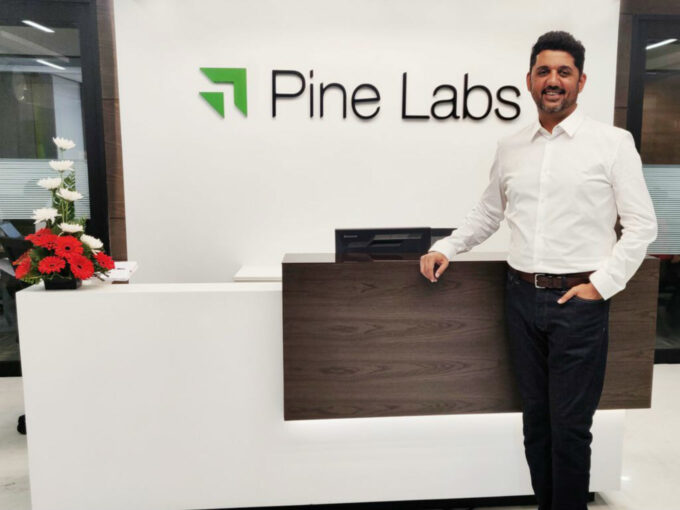 Rau is replacing Vicky Bindra who was heading Pine Labs since May 2018. Bindra, after a two-year successful stint as CEO, is moving back to San Francisco. Bindra will continue to be an advisor to the company supporting strategic initiatives.

For his new role, Rau brings in his experience in the fintech domain as well as in leadership roles at Citrus Pay and PayU. With more than 2 decades of experience in the information technology, finance and fintech areas, Rau had founded Citrus Pay, which was acquired by Naspers’ PayU in 2016.

Rau had stepped down as PayU India CEO in February 2019 and went on to oversee a broader role within the company, focussing on fintech partnerships and investments for the payments major. Last month, Rau announced that he’s stepping down from PayU India. He had then said that it was “time to have another new experience,” but hadn’t disclosed his upcoming plans.

“Pine Labs is an amazing platform which converges everything from everyday payments, to credit and gift cards. Deep domain knowledge and innovative products designs have helped Pine Labs lead the market. Using cloud technologies, Pine Labs wants to be all things commerce for merchants, help them save time and operate businesses efficiently. I feel excited to be part of the journey,” said Amrish Rau.

Founded in 1998 by Rajul Garg and Tarun Upadhaya, Pine Labs pivoted to a cloud-based unified point-of-sale platform in 2014. The company is led by Lokvir Kapoor, who was in the founding team of Pine Labs and currently executive chairman. It claims to have a network of over 150K merchants across 3700 cities in India and Malaysia.

Transactions on Pine Labs PoS devices can be initiated by cards, QR codes, or phone number billing. The company also offers working capital loans, loyalty services via PinePerks etc. Some of its partners include Apple, Google Pay, Samsung and Sony among others.

Kapoor said, “I am excited to welcome Amrish to the Pine Labs family. With Amrish’s ability to innovate, seek out options with channels and customers we believe Pine Labs can be a true global commerce platform. I also want to thank Vicky who set us firmly on an exciting high-growth journey. Vicky challenged us to explore new business areas and to build organizational structures and processes to support those.”

Today, Pine Labs processes payments of $30 Bn per year and serves some 140K merchants across about 450K network points.

However, when we look at net loss figures, the losses of Pine Labs have jumped 4.46X in FY19, but excluding tax, the company’s losses had decreased marginally from INR 18.3 Cr in FY18 to INR 15.22 Cr in FY19. The impact could be seen of deferred taxes.

Overall, the company’s total income and expenses grew at a nearly similar rate as revenue increased 49.7% while expenses grew 46.3%.

India’s POS terminal market is estimated to reach $450 Mn at a CAGR of over 10% from 2017 to 2024. According to DataLabs by Inc42, till 2018, a total funding of $406 Mn had been raised by Indian digital POS terminal startups. Some of the notable POS terminal providers here are Ezetap, Mswipe, Innoviti, Mosambee, PhonePe, Payswiff (earlier known as Paynear), among others.