Amrish Rau On The Citrus Pay Acquisition, His Style And Responsibilities In An Exit

Amrish Rau On The Citrus Pay Acquisition, His Style And Responsibilities In An Exit 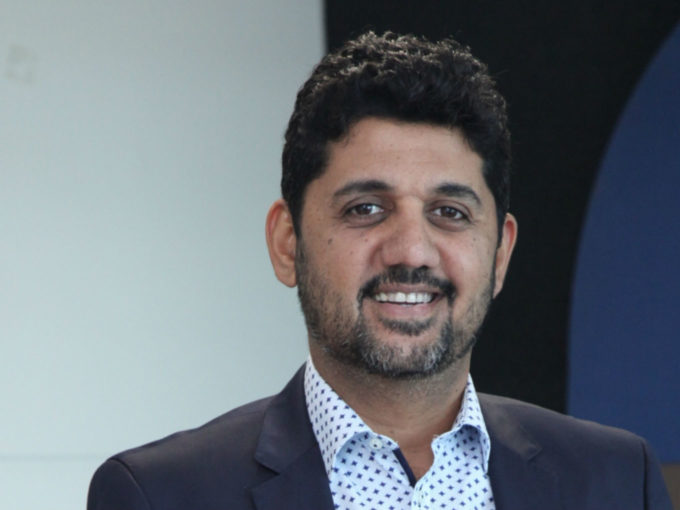 In one of the biggest consolidations in the Indian digital payments market at a time when it was still a nascent sector, Citrus Pay was acquired by Naspers’ PayU in a cash deal worth $130 Mn in 2016. More than three years later, PayU India, leveraging Citrus Pay’s product LazyPay, has grown into one of the biggest payments product in the country. Citrus Pay founders have now moved on and are building new products.

While a lot has already been spoken about the acquisition, this time Citrus Pay cofounder Amrish Rau has shared a different side of the story. In a Twitter thread today, Rau spoke about the journey of delivering a good exit to investors and a “safe” acquisition to the buyer i.e PayU or Naspers (now Prosus).

Rau emphasised that mergers and acquisitions are not easy and can’t just happen because you read about them online. It’s important to build own style.

“I focussed on the team, platforms and then customers,” Rau said.

Rau says that during any M&A process, the team is insecure. “Citrus Pay team feared founders will exit. PayU team wondered why the “competitor” was the new CEO? Transparency, openness is the only way to build confidence,” Rau said.

He further explained that enjoying the workplace and each others’ company should be a priority. For this, Rau explains, the company did many off-sites and hangouts. “Employees win wars for you,” Rau added.

The importance of the team for Rau is apparent from the fact that when Citrus Pay was acquired, the exit made around 15 employees millionaires. At the time, about 50 employees were part of the company’s ESOP pool. It was reported at the time that INR 43 Cr has been allocated as returns on ESOP. “Around 5% of the total transaction value is part of the ESOP pool. The employees will be paid within a year,” Rau had said then.

In an earlier interaction with media, Jitendra Gupta, cofounder of Citrus Pay, had also talked about employees off-sites. “We made a work-from-Goa week. All team members moved to a villa in Goa for a week. After M&A deal with PayU, we all went to Phuket. We were a 300-people company then. Out of 300 team members, 250 were travelling for the first time out of India,” Gupta had said.

He explains that it shouldn’t be about what to leave out of the operations, but more about the architecture for the future. “Payments and credit deployments are getting smaller and becoming all-pervasive. We embraced the microservices architecture,” Rau explained.

Hence, when the acquisition happened, PayU got greater access to customers and merchant network. The acquisition also helped PayU increase the volume of transactions in India and bring down the cost incurred to fulfil these transactions.

Gupta had earlier said, “PayU and Citrus Pay merger happened successfully and the combined entity is now 2.5 times bigger (in revenue) from the time of the acquisition.”

Further, Rau had said in a podcast with Matrix India MD Vikram Vaidyanathan that Citrus Pay founders have actually worked very hard over the last 2.5 years to make this a transaction where the transaction has delivered results even better than the acquisition model which was put up together. “Very rarely does that happen. But I think we knew this even before we sold the company,” Rau had added.

Rau says that customers only care about their stuff. He explained that as long as the platform runs with 99% uptime, they don’t care about who owns the company. “We invested massively on scalability and rugged platforms. We didn’t lose a single customer,” Rau added.

PayU India was expected to have more than 30 Mn customers post the acquisition of Citrus Pay.

Rau reiterated that exits are a founders’ responsibility. He says selling the company is not the end of the journey but delivering a safe acquisition for the buyer is. He emphasised that founders should share their vision with the buyer.

“We were keen to move PayU from payments to Fintech. Naspers, PayU leadership has been respectful of us and our freedom. founders first.”

No wonder, Citrus Pay’s investors — Sequoia, Ascent and Beenos —  who had invested $32 Mn in the company, made an attractive exit deal. It was reported that Sequoia made 4x returns on its investment.

Gupta said in the Matrix podcast that he always felt that an obligation to return money to the investors.

The Right Time For An Exit

Rau and Gupta had a very different view of the acquisition in the hindsight. While Rau regrets the decision, Gupta also felt he might rethink if given the choice now.

Gupta had concerns about investors’ return, and also did the maths in terms of the company’s performance with and without the acquisition. “And it worked out that if I do a risk-reward maybe this is the right time to do that,” Gupta had said,

Rau said that he is clear that he regrets the decision. For him, big learning was that what you can create and what you can build on top of an existing platform, it is immense. “It is just unimaginable in terms of what you can build in fintech in today’s time as long as you have a platform there. And here we are who have actually sold the platform that we had. So I just feel that if I was to go back in time on that decision, I would surely make a decision completely different,” he had