Earlier this week, Capillary had filed its DRHP for INR 850 Cr IPO 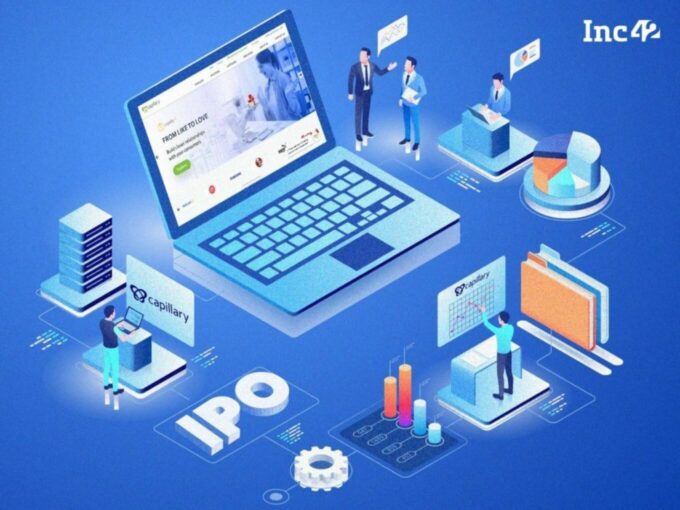 IPO-bound Capillary Technologies witnessed a multifold rise in its net profit for FY21 to INR 16.94 Cr. The Bengaluru and Singapore-based SaaS giant’s net profit increased 82 times from INR 20.6 Lakh in FY20, the company said in its DRHP.

A major chunk of its expenses during the last financial year consisted of employee benefits expenses, which stood at INR 71.87 Cr.

Its net profit for the first quarter (April-June) of FY22 stood at INR 2.52 Cr, while its total income was INR 33.7 Cr during the quarter.

The operational revenue in Q1FY22 stood at INR 33.16 Cr, the SaaS startup said in the DRHP filing.

The draft prospectus shows that its outstanding debt stands at nearly INR 83 Cr. The company intends to utilise around INR 42 Cr from the net proceeds to repay debt.

Earlier this week, Capillary had filed its DRHP to raise INR 850 Cr through IPO.

The startup’s offer includes fresh issue of shares worth INR 200 Cr and an offer for sale of worth INR 650 Cr.

As per the DRHP, Capillary Technologies in consultation with BRLMs (Book Running Lead Manager) may consider a pre-IPO placement.

Though Capillary Technologies is backed by Warburg Pincus, Sequoia Capital, Avataar Capital, and Filter Capital among others, Capillary is a fully owned subsidiary of CTIPL.

It claims to have a stronghold in India, Southeast Asia, MENA, China, among other countries. The startup offers 100+ loyalty programmes, and has over 120K stores and more than 500 Mn consumers. Over the years, it raised more than $100 Mn in funding.

With the filing of its DRHP, the SaaS startup has joined the list of new-age companies waiting to hit the public markets in 2022.

At least 16 startups are expected to go public next year. The giants in the India startup ecosystem which are likely to open their public offers next year include hospitality unicorn OYO, logistics major Delhivery, ecommerce giant Flipkart, mobility unicorn Ola among others.

The year 2021 was a pioneering year in terms of startups going public, starting with the bumper listing of Zomato in July. It was followed by the likes of Paytm, Nykaa, Policybazaar among others.