Morgan Stanley analysts have started the coverage of Paytm with a target price of INR 1,875

It noted that, in both customer and merchant acquisition, Paytm has a strong portfolio 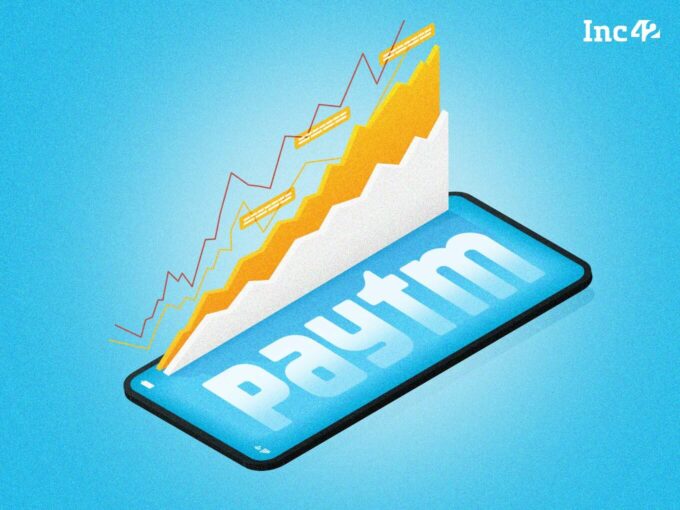 Morgan Stanley analysts have started the coverage of Paytm with a target price INR 1,875.

In its recent ratings report on the fintech startup, the brokerage firm said that Paytm is well-positioned to capitalise on upcoming acceleration in digital distribution of financial services or commerce in India.

It noted that, in both customer and merchant acquisition, Paytm has a strong portfolio.

“Incremental cross-sell cost is low, and as the share of financial services/commerce ramps up, profitability can improve sharply we believe,” it said.

It further said that Paytm’s collaborative approach towards lending or distribution in financial services is synergistic, in line with the regulatory thought process and scalable.

“We value Paytm at $17 bn using a EV/revenue methodology, which is applied to revenue estimates in F26 (five years out) and discounted back to arrive at our price target of INR 1875 as of December 2023,” it said.

According to Morgan Stanley, Paytm’s revenue is expected to reach INR 16,500 Cr in the fiscal year 2026.

The report said that the catalysts for a possible upside for the stock and the startup are allowance of the merchant discount rate (MDR) under UPI, interoperability of wallets, and stronger-than-expected performance in financial services.

On the other hand, the risks include higher-than-expected competitive intensity in payments or a reduction in payment charges, an inability to scale up partnerships in financial services, negative regulatory changes in lending business, and a severe third Covid wave.

The overweight rating comes as a major boost for the startup which witnessed a weak listing last month. The shares of One97 Communications listed at a discount of around 9% on November 18th, 2021 amid concerns of high valuation and profitability.

On December 13th, 2021, the NCR-based digital payments giant said that its gross merchandise value (GMV) for the October-November period of FY22 stood at INR 1.66 Lakh Cr, registering a growth of 129% compared to the same period of the last financial year (FY21).

On November 27th, 2021, One97 Communications, Paytm reported a 63.6% increase in its revenue from operations during the July-September quarter at INR 1,086.4 Cr.