India currently has 194 defence tech startups working under the startup India mission, of which, 44 are working with the government’s ‘Innovations For Defence Excellence (iDEX) initiative

While the government has introduced various measures to promote ‘Make in India’ for defence tech, the annual defence procurement from Indian vendors was at a five-year low in 2019 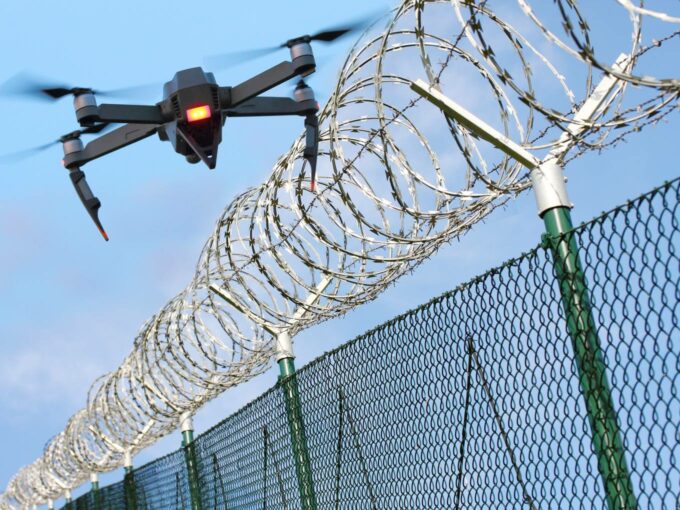 The government has found itself between a rock and a hard place with its ‘Aatma Nirbhar Bharat’ or ‘self-reliant India’ call. With the second-largest armed forces in the world, India is saddled between the rising cost of defence imports and the need to look inward to muscle up the forces with the latest high-tech weapons and upgrades.

According to data from the Stockholm International Peace Research Institute (SIPRI), India was the world’s second-largest arms importer, accounting for 9.2% of the global arms imports from 2015-19. The overwhelming dependence on Russian arms has declined, only for India to diversify its arms stockpile, now inking defence deals with the USA, Israel and France, among various others. According to another SIPRI report titled ‘Trends In World Military Expenditure, 2019’, India is the third-largest military spender in the world, after the US and China, with its military spending growing by 6.8% to $71.1 Bn in 2019.

In their book titled, ‘Arming Without Aiming: India’s Military Modernization’, South Asia security expert Stephen P Cohen and Sunil Dasgupta, a Senior Fellow at Brookings, cited the absence of a coherent military strategy, as well as lack of political will in successive governments, as reasons behind India failing to ramp up its defence manufacturing capabilities. They trace the roots of these flaws to choices made before and since independence. However, a few different choices seem to have been made in the last few years.

Acting on its ‘Make in India’ rhetoric, the BJP-led government has introduced several measures to power local defence manufacturing and explore linkages between industry, academia and the private sector.

Earlier this year, the Defence Research and Development Organisation (DRDO) was looking to establish laboratories for futuristic technologies, under the name of DRDO Young Scientist Laboratories (DYSL). These labs were to be located in Bengaluru, Mumbai, Chennai, Kolkata and Hyderabad. Further, the government was also looking to provide MSMEs, who supply protective military gear, with working capital financing. These measures are in line with the government’s vision to make India one of the top five defence and aerospace manufacturers in the world, with an annual defence exports target of $5 Bn by 2025.

Currently, 194 defence tech startups are innovating under the government’s ‘Startup India’ mission. Of these, more than 50 are developing new ‘fit-for-military-use’ technologies and products under the government’s initiative, ‘Innovations for Defence Excellence’ (iDEX). These startups are trying to find solutions to the various problem statements that iDEX puts forth in its Defence India Startup Challenges (DISC), ranging from individual splinter-proof protection suits to real-time positioning systems.

In 2018, the government launched ‘Innovations For Defence Excellence’ (iDEX), an initiative to foster the entrepreneurial zeal among MSMEs, startups, individuals, research and development institutes and academia. Through the initiative, those demonstrating capabilities of developing innovative technologies in defence are provided with both funding and incubation support. The government’s Defence India Startup Challenges (DISC), which come with problem statements, focus on leveraging startups’ capabilities to fulfil the needs of armed forces. iDEX is funded and managed by the Defence Innovation Organisation, a not-for-profit company.

Ajay Sangwan, founder and creative director of Nyokas Technologies, a defence tech startup, says, “Finding the buyer in the defence sphere is very time-consuming. Through iDEX, we have the benefit of working in direct collaboration with the end-user, which are the armed forces. The availability of Electronics System Development and Manufacturing (ESDM) facilities and materials labs in the public and private sector is a huge plus.”

Nyokas Technologies is engaged in the development of individual protection systems, simply put, body armours which are splinter-proof and light-weight, including eyewear and helmets, with in-built sensors to track vitals such as body temperature and cardiac insights. Something which Sangwan calls a “Batman suit.”

He added that getting defence certificates which mention that the company’s product is of required quality and complies with the regulatory standards can help them tap into civilian use cases. The same helps the company in its scale and growth.

Nyokas won the iDEX DISC in 2019. As the winner of the challenge, Nyokas received a grant of INR 1.15 Cr, which is the highest civilian grant for innovation in India. The winners of the challenge are awarded up to INR 1.5 Cr in funds, through equity and other relevant structures. Besides the fund, selected applicants may also be given entry to accelerator programs run by iDEX partners, where they are supported in technology and business development through mentorship under experts. The selected applicants may also be supported in terms of access to testing facilities and experts for product development. Nyokas has Forge Accelerator as its partner incubator for iDEX.

The startup is incubated at the Maker Village in Kochi, Kerala. It is India’s largest electronics and hardware incubator, an initiative of the Ministry of Electronics and Information Technology (MeitY), with the Indian Institute of Information Technology and Management, Kerala (IIITM-Kerala) as the implementation agency and the Kerala Startup Mission as the supporting partner. According to Sangwan, Maker Village brings several tangible benefits to defence tech startups. These include the availability of rapid prototyping tools, boot camps on venture development, innovation and entrepreneurship and scale-up hardware product development labs, to name a few.

Sangwan feels that the scientific approach to product management made possible by iDEX, Maker Village, and partner incubator Forge, helps a company deploy its product in 18 months, as opposed to 3-5 years which it takes without government support. “We will be deploying the product for user trials in another 6-8 months and are targeting to get a patent by December 2021,” says Sangwan.

Another defence tech startup and one of the 44 winners in the 2019 cycle of the DISC, HW Design Labs, is designing and developing hardware systems for wireless connectivity and advanced tracking.

Jayakrishnan A L, founder and CEO of HW Design Labs, concurs with Sangwan’s assessment of the benefits accrued by startups at Maker Village. “Such missions require huge investments in the early stages of development. The solution we develop under the iDEX program requires a range of tests and lab equipment, tools and software licenses, among others. By providing these facilities under one roof, the Maker Village facilitates life cycle management of the product.”

Besides this, the company is also developing a Real-Time Positioning System (r-POS), both GPS-based and non-GNSS (global navigation satellite systems) based. This is because, in certain locations, GNSS-based navigation systems cannot provide adequate performance, such as indoors or in urban canyons (where the street is flanked by tall buildings on both sides). The GNSS signals could also be jammed in some scenarios.

Jayakrishnan adds that while the current model of iDEX is a great platform for defence tech startups, developing strategies for effective online interactions is the need of the hour because the Covid-19 pandemic has affected the company’s schedule.

Other startups such as Sastra Robotics, which has developed scalable automated robotics solutions, and EyeROV, India’s first underwater drone, among others have also received validation from the DRDO. Most of the Indian startups with defence tech applications are based in Kerala, which has emerged as the hub of India’s hardware ecosystem.

Are We Becoming Aatma Nirbhar In Defence?

After border clashes with China in Ladakh’s Galwan Valley in June, the government’s vision of an ‘Aatma Nirbhar Bharat’ was also echoed in the Draft Defence Production and Export Promotion Policy (DPEPP), 2020, released earlier this month. “Propelled by the recent successes in exports, India is set to realise its potential as an emerging defence manufacturing hub,” reads the draft policy, meant to serve as an “overarching guiding document to provide a focused, structured and significant thrust to defence production capabilities of the country for self-reliance and exports.”

The draft policy adds that iDEX would be scaled up to engage with 300 more startups and develop 60 new technologies/ products during the next five years.

To enhance collaboration with these companies, the Defence Research Development Organisation (DRDO) has developed a new industry-friendly patent policy for transfer of DRDO developed technologies to industries. The policy would help Indian startups get free access for using DRDO patents and working on innovative solutions aimed at improving India’s defence capabilities.

While there are plenty of positives in the country’s push for self-reliance in the defence sphere and assimilation of startups in the defence ecosystem, a few concerns remain.

The details tabled by Shripad Naik, former Minister of State for Defence in the Lok Sabha in February last year showed that over the last five years, while the procurement from Indian vendors had increased from 2014 to 2018, it fell by 10.8% in the fiscal year 2018-19.

In detailing the yearly procurement, the minister had shown that while the procurement from Indian vendors was INR 39.8K Cr in 2014-15, it improved the most in 2017-18 reaching INR 43.6K Cr, but fell to its lowest in five years, to INR 38.9K Cr in 2018-19. Perhaps, 2018-19 was an off-year. One can’t disregard the consistent incline in the procurement from Indian vendors from 2014-18. However, the concerns with India’s defence sector don’t end there.

According to analysts, the marginal hike of 5.8% in the defence budget for 2020-21, to INR 3.37 lakh Cr (excluding pensions), would be insufficient to meet the armed forces’ modernisation needs. The share of the defence budget in the overall union budget has also been declining over the years.

With rising border tensions and a hostile geopolitical environment in India’s immediate neighbourhood, the focus on capital outlay for the armed forces, and ameliorating local defence manufacturing capabilities, is stronger than ever. A day before India’s 74th Independence Day, Defence Minister Rajnath Singh launched an online portal which would provide information about defence equipment that can be taken up for indigenisation. Earlier this week, the government imposed an import embargo on 101 defence items, which it believes can be manufactured locally. Earlier this year, the government increased the FDI cap in defence production from 49% to 74% under the automatic route, in a bid to encourage privatisation in the sector.

The iDEX, which is in its third year, is certainly a boon for the budding defence tech startups in India. The seeds have been sown for indigenisation of the armed forces’ technologies and equipment. It remains to be seen whether India can climb further up in the list of arms’ exporters, on the back of futuristic products and technologies developed by defence tech startups.