The Former K'taka CM Promised To Infuse $8 Mn In The Driver-Friendly Cab Aggregator, Will Start Operations In August 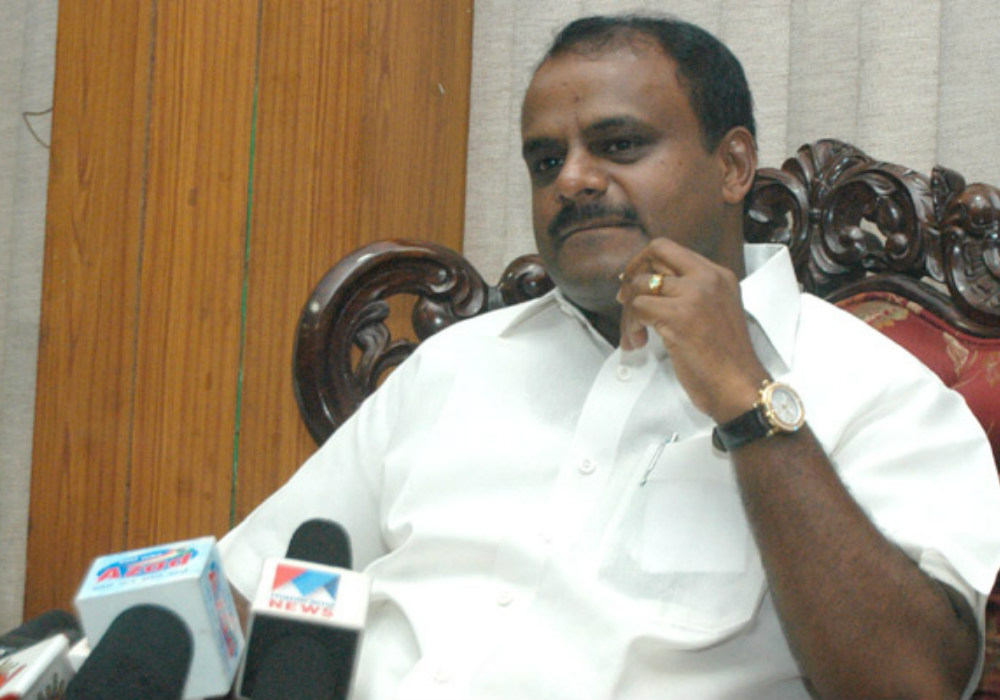 Former Karnataka Chief Minister H.D. Kumaraswamy-backed cab aggregator HDK Cabs is all geared up to compete against Uber and Ola. The cab aggregator will start operations in Bengaluru in the second week of August.

The cab aggregator, which is registered as Huli Technologies, will soon expand to other cities in the region, such as Mangaluru, Belagavi, and Mysuru. The startup is also looking to establish offices at Bengaluru’s Hennur Main Road and Hebbal Outer Ring Road before the August launch.

As per reports, the cab aggregator HDK Cabs has already brought more than 20,000 Bengaluru-based drivers on board. Most of these drivers were previously employed by taxi-hailing giants Uber and Ola.

The development was originally reported in March 2017, when HD Kumaraswamy promised to commit $8 Mn (INR 50 Cr) into the cab aggregator over the course of 2 years. According to sources, a portion of the investment will be used to provide insurance, family benefits and incentives, including 5% commission on fares, to the drivers.

One of the cab aggregator’s core employees Tanveer Pasha, who previously served as the Drivers’ Association President of Uber, Ola and TaxiForSure, said, “There will be a heavy focus on driver benefits. As of now, we aim to provide $15,502 (INR 10 Lakh) worth of life insurance, $7,751 (INR  5 Lakh) accident insurance and $3,100 (INR 2 Lakh) medical insurance to the drivers annually; vehicle benefits in terms of free servicing; and family benefits, which include financial experts guiding the drivers with a monthly saving plan and provision of children’s school items.”

The HDK Cabs app will allow users to choose from three car types: a mini-sized hatchback vehicle at INR 12.50 per km, a regular-sized sports sedan at INR 14.5 per km and a larger utility car for INR 18.50 per km. Customers will also have the option of booking outstation rides. According to the company, offline customers will be able to hail parked cabs. In such cases, the driver will have to enter the ride into the app using the additional booking option. Existing customers can share their registered mobile number or email ID with the driver, in order to receive the invoice via text or email.

To ensure customer safety, the smartphone application will also come equipped with a specially-designed SOS panic button. Sumit Kumar, a member of HDK Cabs’ technical team, said, “We are presently a 10-member tech team and are testing out the app for Android now which will be ready by July 19, after which we will focus on iOS compatibility that will be ready mid-August.”

Five private security cars will be patrolling the streets of Bengaluru, responding to SOS calls from users as well as drivers, who at times have to deal with rowdy, drunk customers. They will also act as first responders in case of legal as well as medical emergencies. The team at HDK Cabs is currently planning to conduct training workshops for drivers.

Talking about vehicle servicing and tax-related payments, Pasha stated, “The company plans to offer a free oiling service for the vehicle for every 10,000 km. The monthly tax payment of INR 2,000-INR 2,500 will be covered. And we will aim to provide subsidised rates for automobile parts like tyres, besides free legal advice.”

HDK Cabs was originally conceived in March, following protests by Uber and Ola drivers over reduced incentives and soaring prices. For instance, in February 2017,  Delhi-based drivers went on a strike called by the Sarvodaya Driver Association of Delhi for nearly 13 days. Among their demands were better perks, accidental insurance, etc.

During the same period, reports of protesters vandalising Uber’s Bengaluru office surfaced. It was finally resolved after the Police intervened in the matter. In the aftermath, both Ola and Uber were both given final notices by the Karnataka government to halt their services in the state.

The cab aggregating giants Ola and Uber are not out of the woods yet. According to latest media reports, the Delhi government, under its new City Taxi Policy 2017, might place a ban on ride-sharing services like Ola Share and UberPOOL in Delhi. The amendment will come under the purview of Motor Vehicles Act, 1988.

This move comes at a time when both companies are struggling with burgeoning losses. Uber India, for instance, managed to generate only $3 Mn (INR 18.7 Cr) of profit in 2016. A similar story can be seen in the case of home-bred Ola, which is reported losses of more than over $300 Mn during the same period.

The arrival of driver-friendly companies like HDK Cabs seems to be a welcome change from market leaders Uber and Ola, which have de-incentivised drivers in the last few months, to make up for mounting losses. But, how far will HDK Cabs be able to keep its word regarding driver benefits while providing quality service to its eventual customers is something to watch for in the near future.