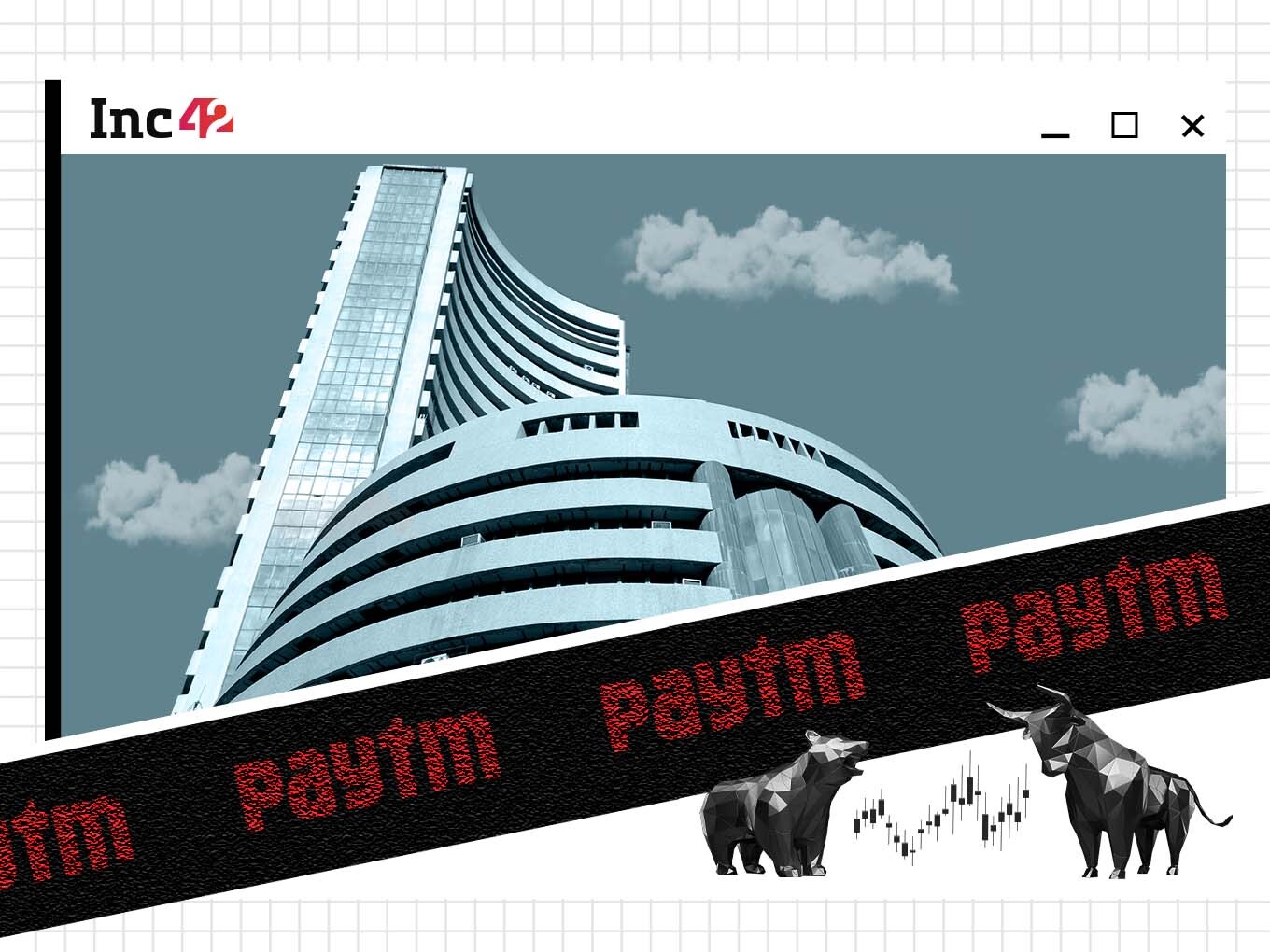 Paytm’s shares were dealing at INR 545.50 at press time

The Bombay Stock Exchange, yesterday evening, issued a query to One97 Communications Limited, the parent company of fintech unicorn Paytm, on the matter of the consistent downfall of its stock.

“The Exchange has sought clarification from One 97 Communications Ltd on March 22, 2022, with reference to significant movement in price, in order to ensure that investors have latest relevant information about the company and to inform the market so that the interest of the investors is safeguarded,” the BSE said, in a corporate announcement.

Paytm was quick to reply on the matter, however, noting that it is compliant with all the regulations of the stock exchange.

The listed unicorn has said that it has been complying with Regulation 30 of the SEBI (Listing Obligations and Disclosure Requirements) and Regulation 2015 (Listing Regulations).

It also said that it has made all the disclosures required from its end and has held nothing back. Also, the fintech giant informed the BSE that it does not have any announcements to make that might have any impact on the price movement of its shares.

Paytm Is Stuck Between A Rock And A Hard Place

The query comes in at a delicate time for Paytm. This month, the fintech unicorn has seen a flurry of controversies that has sent the share price reeling.

First, the Reserve Bank of India (RBI) ordered Paytm to stop onboarding new customers to its Paytm Payments Bank, as an RBI audit uncovered that Paytm was sharing customer data with companies based in China.

Then, the RBI had asked Paytm Payments Bank to appoint an IT audit company for a comprehensive system audit of its IT system.

Besides the Paytm Payments Bank news, the company was also hit by reports of the arrest of founder and CEO Vijay Shekhar Sharma. In response, Paytm denied such an incident. Instead, it had told Inc42 that the incident has been exaggerated in reports.

However, amid the hailstorm Paytm finds itself in, it has actually done well on the financial front. Paytm’s gross merchandise value (GMV) jumped 105% year-on-year to INR 1,65,333 Cr in the first two months of the fourth quarter of FY 2021-2022, as per its regulatory filing.

Further, its lending business scaled to 4.1 Mn loan disbursals during the first two months of the quarter (y-o-y growth of 449%), with about 2.2 Mn loans disbursed in February 2022 alone. This aggregates to a total loan value of INR 2,095 Cr (y-o-y growth of 366%), Paytm claimed in a regulatory filing today.

The diminished trust in Paytm and other listed startups, therefore, does not stem from their financial performance, or lack thereof. This has brought Paytm’s initial valuation in question – as it was valued at $25-30 Bn at the time of the IPO – which has also been the case with all the other listed startups facing headwinds in the stock market.