Earlier in the day, reports said Sharma was arrested and released on bail by Delhi Police last month for reckless driving

Amid reports of the arrest and subsequent bail of Paytm founder Vijay Shekhar Sharma for an alleged reckless driving incident involving a police vehicle, the company has denied that the founder was arrested for the incident. Instead, Paytm insisted that the incident has been exaggerated in reports.

A Paytm spokesperson told Inc42, “A complaint was filed in connection with an alleged minor motor vehicle incident. There was no harm caused to any person or property in the said incident. Media reports claiming the nature of the arrest are exaggerated, as even the complaint against the vehicle was for a minor offence under a bailable provision of law and requisite legal formalities were completed on the same day.”

The spokesperson denied that Sharma was arrested and said the complaint was registered against the vehicle and not the founder.

Angel investor and OYO-acquired Innov8 cofounder Dr Ritesh Malik claimed on Twitter that the whole incident has been ‘fabricated’. He claimed to have been present with Sharma during the questioning, which he said the Paytm founder handled with ‘humility’. 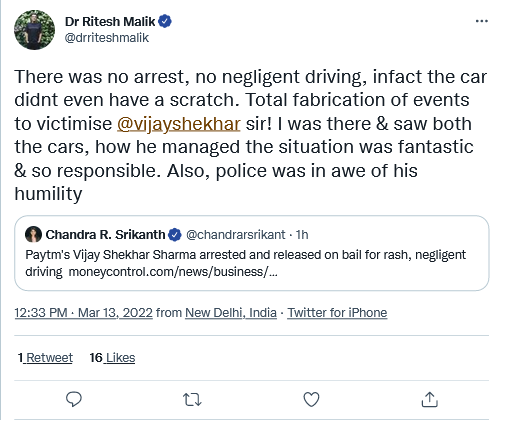 Earlier in the day, reports said Sharma was arrested and released on bail by Delhi Police last month after being booked under IPC Section 279 (rash or negligent driving). The reports mentioned an FIR filed at the Malviya Nagar Police Station by constable Dipak Kumar.

Inc42 has seen a copy of the FIR where Kumar alleges that the vehicle in question rammed into a vehicle assigned to Deputy Commissioner of Police (South) Benita Mary Jaiker. The vehicle was identified as a Jaguar Land Rover, but there’s no indication of the identity of the driver.

Constable Kumar says the Land Rover hit the vehicle of the DCP outside The Mother’s International School on Aurobindo Marg in South Delhi at 8 am on February 22, 2022.

According to an Indian Express report, the vehicle was registered to a Gurugram-based company but ‘given’ to the Paytm founder. Inc42 could not confirm this as Paytm declined to comment on the ownership of the vehicle.

The alleged incident comes at a time when Paytm is already besieged by a number of problems. Last week, Paytm Payments Bank was barred from onboarding new customers until an RBI audit into the company is completed. Besides this, Paytm has been badly hit by the stock market crash over the past three months, and is now just barely trading over its IPO price, after the stock price fell by over 60% since its IPO. 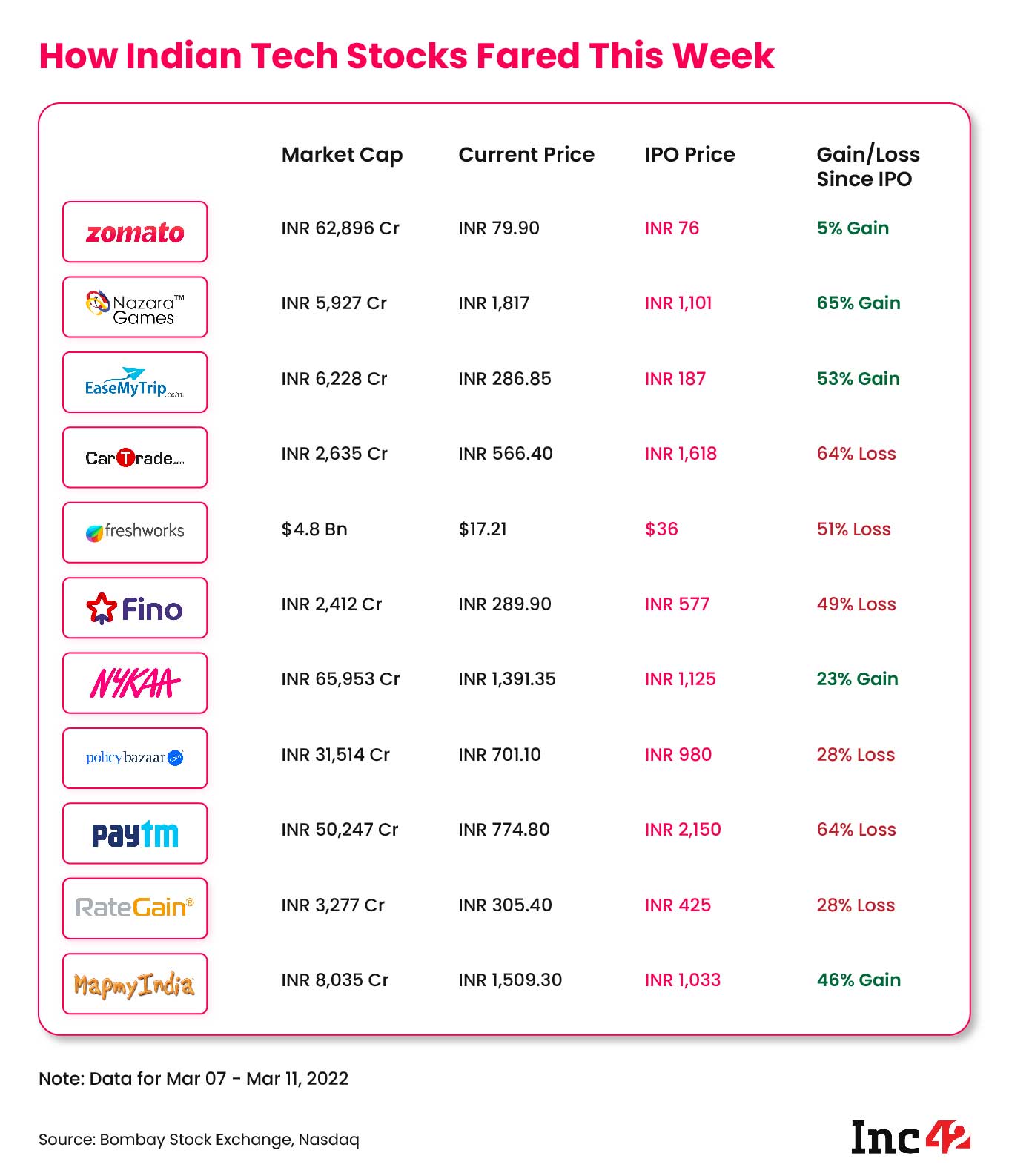