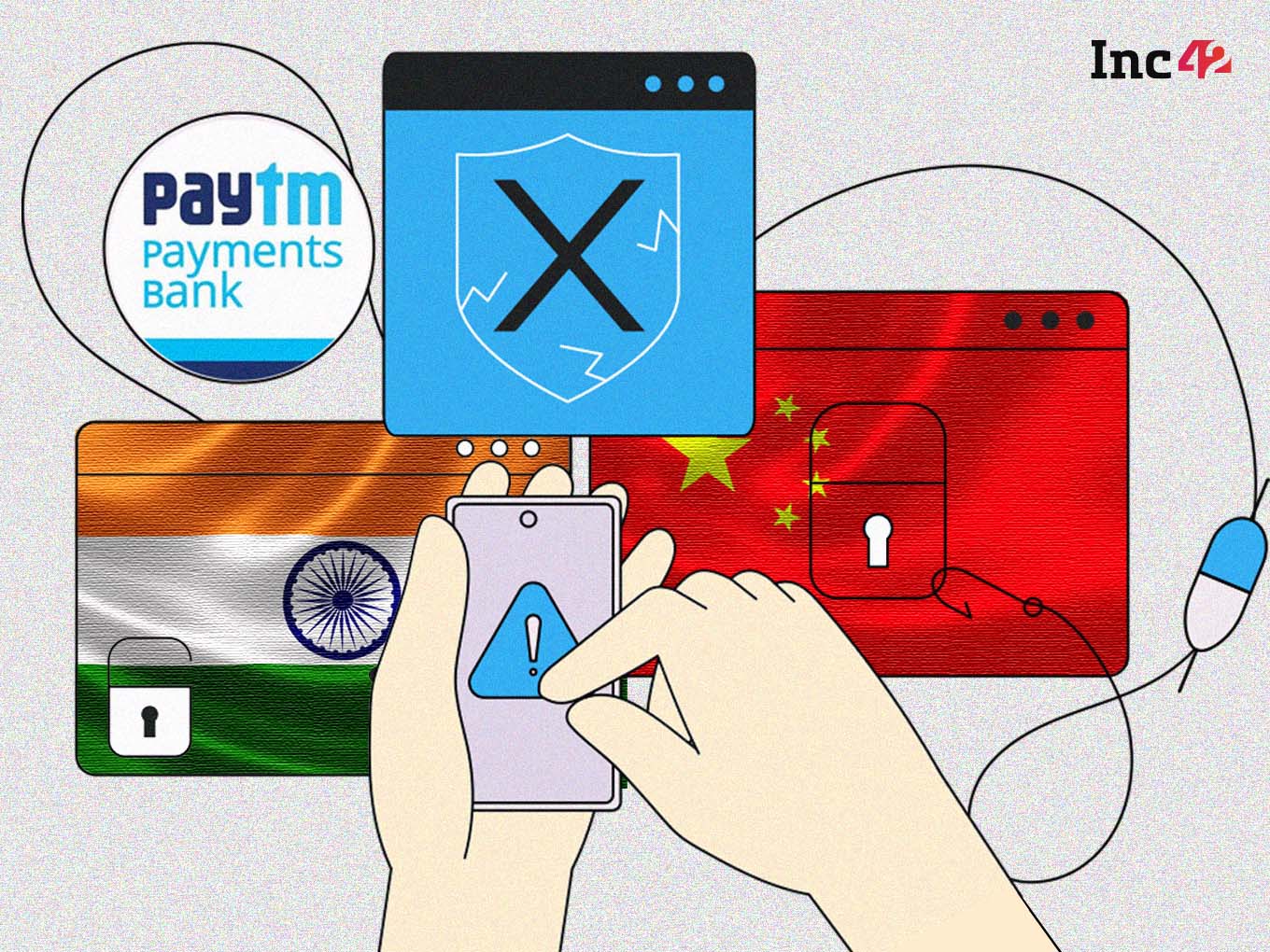 During the annual inspections led by RBI, it was surfaced that Paytm Payments Bank’s servers were sharing information with the China-based entities

The Reserve Bank of India (RBI) has restricted Paytm Payments Bank, a subsidiary of Paytm parent One97 Communications, from adding new customers to its servers. Reportedly, this is to punish the fintech giant as it’s arm Paytm Payments Bank has violated India’s rules by flowing data to servers abroad.

The central bank (RBI) has also called out Paytm Payments Bank for not properly verifying its customers, as per Bloomberg.

During the annual inspections led by RBI, it was surfaced that Paytm Payments Bank’s servers were sharing information with the China-based entities that indirectly hold a share in the company.

Paytm’s spokesperson posted on Twitter, “A recent Bloomberg report claiming data leak to Chinese firms is false and sensationalist. Paytm Payments Bank is proud to be a completely homegrown bank, fully compliant with RBI’s directions on data localisation. All of the Bank’s data resides within India.”

As per the RBI directive, all system providers need to ensure that the entire data relating to payment systems operated by them are stored in a system only in India. This data should include the full end-to-end transaction details, information collected or carried or processed as part of the message or payment instruction. For the foreign leg of the transaction, if any, the data can also be stored in the foreign country, if required.

In the past week, the RBI had asked Paytm Payments Bank to appoint an IT audit company for a comprehensive system audit of its IT system.

Earlier in June 2021, Mastercard was banned by RBI for not complying with the central bank’s directive–Storage of Payment System Data. Then, RBI barred Mastercard from acquiring new domestic customers onto its card network.

RBI then notified, “Notwithstanding the lapse of considerable time and adequate opportunities being given, the entity has been found to be non-compliant with the directions on Storage of Payment System Data. This order will not impact existing customers of Mastercard.”

In 2020, the RBI also temporarily barred HDFC bank owing to some incidents of outages in the “internet banking/ mobile banking/ payment utilities” over the past two years. The central bank restricted HDFC bank from launching “digital business generating activities planned under its program ‐ Digital 2.0 (to be launched) and other proposed business generating IT applications and sourcing of new credit card customers.”

Of late, the ban on HDFC Bank’s digital business-generating activities under its Digital 2.0 programme has been lifted by the RBI.