A lot of companies are hiring blockchain developers, architects and engineers this year 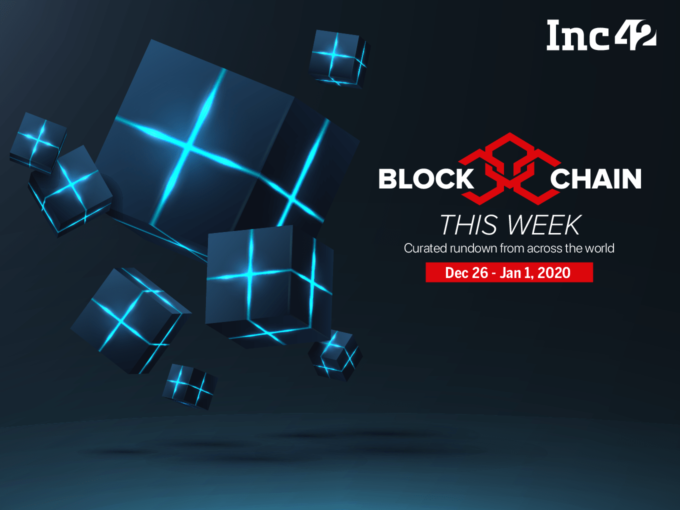 At the forefront of emerging technologies is the state of Telangana. The state government will officially be declaring 2020 as the ‘Year of AI’  on January 2, 2020. The government said that the state will be announcing exciting AI and blockchain projects and launch the calendar of events.

The Telangana government will be formulating AI and blockchain-related incentives, which is said to generate 800K jobs in India. In addition to this, the government will be preparing the state’s AI strategy framework document, under the guidance and support of NASSCOM and various industry veterans and technology experts. Interestingly, Telangana claims to be the first state to have prepared blockchain and drone framework documents in the country.

According to the NASSCOM Avasant blockchain report, Telangana and Andra Pradesh are two of the leading states in terms of blockchain adoption in the country. The Telangana government has implemented blockchain technology in various projects such as land registry, chit funds operations, microfinance for self-help groups (SHGs) and digital education certificates among others.

The government has collaborated with a lot of stakeholders to push the adoption of blockchain technology in the state. Recently, the government has signed an MOU with Tech Mahindra and is collaborating with IIT Hyderabad and Centre for Development of Advanced Computing (C-DAC) to build a state-level blockchain platform. It has also partnered with NITI Aayog for blockchain in governance.

The blockchain technology has disrupted the financial space. The below-mentioned graph showcases the advantages of blockchain technology. According to various banks in the US, blockchain in payments topped the chart, followed by securities settlement, fraud detection and security and trade finance.

The National Power Training Institute (NPRI), under the Ministry of Power, is organising a programme called ‘Blockchain Technology’ at various cities including Nanga (Punjab), New Delhi and Shivpuri (Madhya Pradesh)  from January 6 to 10, February 17 to 21 and March 16 to 20, respectively. It is a five-day programme, where the attendees will get to explore the potential of blockchain technology and learn directly from the experts, blockchain use cases, ledgers, smart contracts, Ethereum framework, concepts and applications of crypto assets, cryptography, mining and more.

A lot of companies have already started looking out for blockchain talent in the country. Both domestic and international companies are looking for experienced professionals in the areas of blockchain and other emerging technologies. The candidate with relevant experience working in IBM Hyperledger, Ethereum, Stellar, Ripple and Corda, along with other software skills such as Java, Scala, Erlang, Haskell, Python and other programming languages, can apply. Some of the job roles include blockchain architect, blockchain engineer, and blockchain developer among others.

The global Agri value chain is constantly changing. Most food wastages happen due to inefficiencies, primarily in the logistics area. A recent study conducted by researchers shows that this can be prevented by applying supply-demand algorithms based on consumer behaviour and agriculture science to draw data from advanced sensor technology — all connected via blockchain, which can be used to track the quality of harvest from the field through processing and supply chain intervals or touchpoints. This will help in preventing food from getting wasted as the technology brings efficiency into the system, thereby minimising loss, maintaining supply and demand, among others.

UN Running A Blockchain Pilot To Track Cashmere In Mongolia

Highlighting the importance of sustainable practices, the United Nations (UN), under its United National Development Programme wing, recently announced that it is running a blockchain pilot to check the possibility of fair transactions for customers in Mongolia for a premium product like cashmere wool. The pilot will be led by Convergence.tech using Ethereum-based blockchain technology to interact with over 70 different herders and eight cooperatives. The herders will be using an Android app to register their cashmere wool along with RFID tags, which will then get pinned on a map instantly.

This way, the authorities will be able to track, monitor and provide targeted incentives for herders who have been following sustainability practices, training and allows end-to-end supply chain access, thereby showing where the quality cashmere came from or which cooperative or herders responsible for it.

A global aerospace products and services manufacturing company Honeywell recently announced that it has introduced a multi-faceted authentication system, based on serialised codes, security inks and blockchain, to protect aerospace products and components from counterfeiting. The company has developed the new platform powered with iTRACE and SecureMarking, a system that employs two-factor authentication to allow customers to ensure Honeywell aerospace parts are genuine. More than anything, the platform claims to bring in transparency across the supply chain, thereby enabling an easier and quicker way for traders to check the certification and origin of Honeywell Aerospace components on the go.