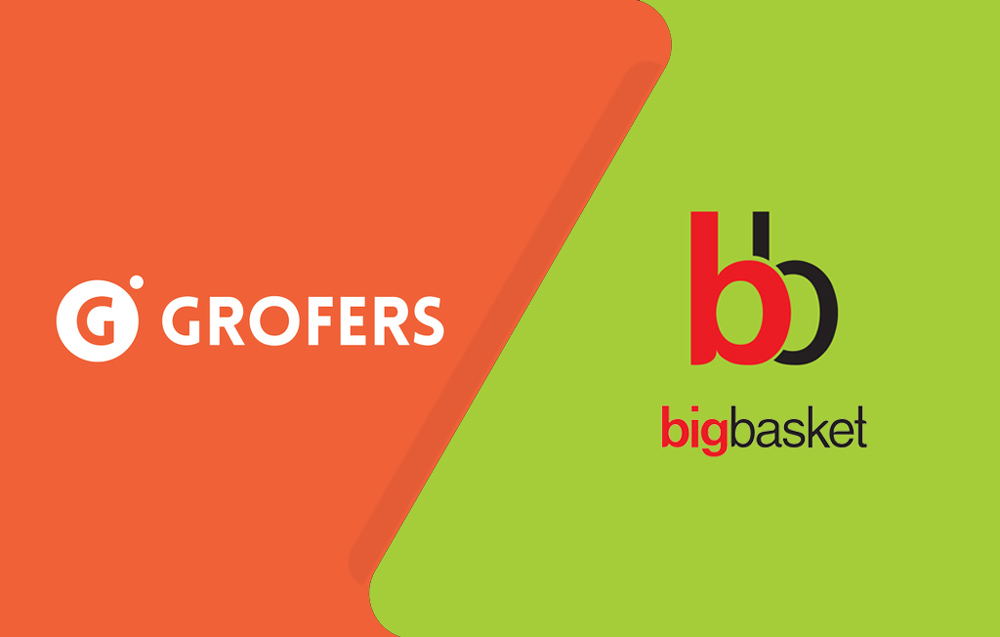 It is the season of market consolidation for SoftBank-backed entities. Bengaluru-based online grocer BigBasket and Gurugram-based hyperlocal grocery delivery startup Grofers, are in talks for a potential merger, as per a report by Mint.

If the proposed deal falls into place, Japanese investment major SoftBank will invest $60 Mn-$100 Mn in the merged entity, as per the same report.

Commenting on the same, two sources close to the development said, “Talks are in early stages, but there is definitely interest from both parties. If the deal happens, SoftBank will invest in the merged entity but a lot hinges on the valuation. The stakeholders are yet to agree on a valuation.”

An email sent to BigBasket did not elicit any response at the time of publication.

Commenting on the same, Albinder Dhindsa, founder and CEO, Grofers told Mint, “The team at Grofers is focussed on executing our long-term strategy and we are well capitalised for that with an investor set that supports the vision. We don’t need to make any strategic moves at this time.”

Launched in 2011 by Fabmall founders Vipul Parekh, Abhinay Choudhari, VS Sudhakar, Hari Menon, and VS Ramesh in 2011, BigBasket is an online food and grocery store. In March 2017, it secured about $6.9 Mn (INR 45 Cr) venture debt from Trifecta Capital.

BigBasket’s online grocery stores are present in more than 25 cities including in Bengaluru, Hyderabad, Mumbai, Pune, Chennai, Delhi, etc. The company claims to stock over 18,000 products and 1,000 brands including fresh fruits and vegetables, packaged bread, bakery and dairy products etc.

On the other hand, Grofers was founded in 2013 by IIT graduates Albinder Dhindsa and Saurabh Kumar. It raised $120 Mn in a funding round led by Japan’s SoftBank Corp, in November 2015.

The startup had a tough time in 2016. Beginning with January, when it shut down operations in nine cities – Bhopal, Bhubaneswar, Coimbatore, Kochi, Ludhiana, Mysore, Nashik, Rajkot, and Visakhapatnam.

It also got into a legal tangle after it revoked the job offers of 67 students. In July 2016, a legal notice was sent by 20 students collectively to Grofers. However, it tried to make a come back in October 2016, when it ditched its app-only model and launched its desktop website.

In December 2016, it partnered with YES Bank to allow Grofers customers to get currency notes delivered to their doorstep along with their grocery order for up to INR 2,000 through YES Bank PoS machines.

In February this year, it forged a pan-India partnership with Reliance Fresh. Under the same, it will bring Reliance Fresh stores in 14 cities onto the Grofers platform. Grofers users will be able to order from categories including groceries, fruits, vegetables and general merchandise from Reliance Fresh and Reliance Smart Outlets.

In October 2016, Jugnoo launched a new service ‘Grocery.’ In the same month, Satvacart raised an undisclosed amount of funding in its third angel round from serial entrepreneur Nimit Panigrahi. The major players include LocalBanya, ZopNow, etc.

SoftBank has also been ardently trying to sell its other portfolio company, the ecommerce-based marketplace, Snapdeal, to rival Flipkart. Prior to that, reports surfaced that SoftBank had revoked a debt financing offer towards Snapdeal, as part of a supposed $150 Mn-$200 Mn funding round, due to a spat among the board members.