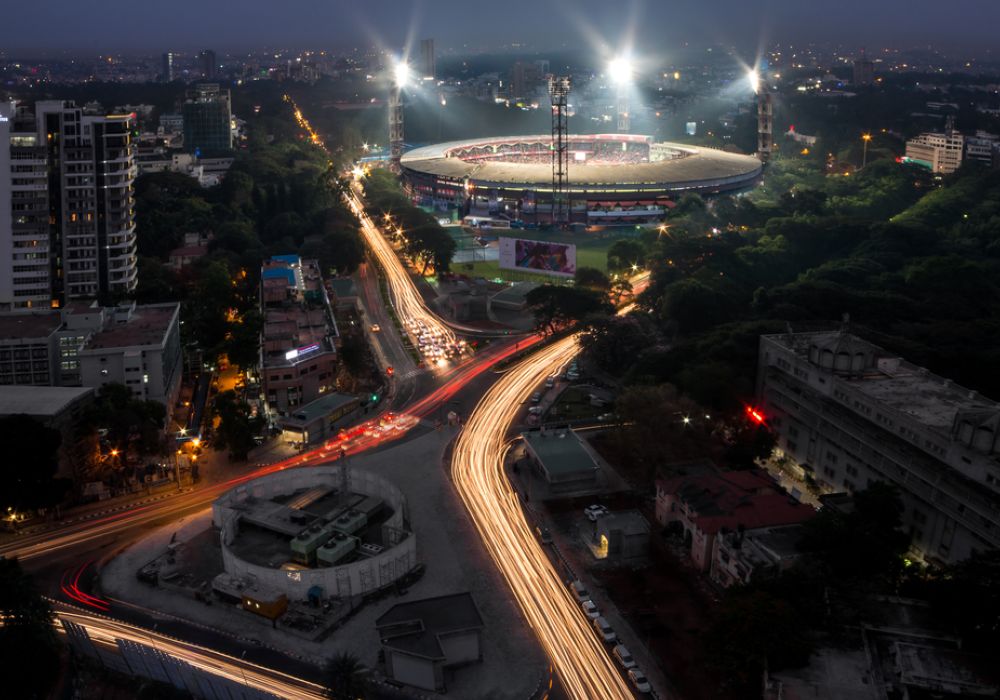 India’s mecca of startups Bengaluru has topped the list of 22 tech cities across the world in affordable living, as per the Savills Tech Cities Index. 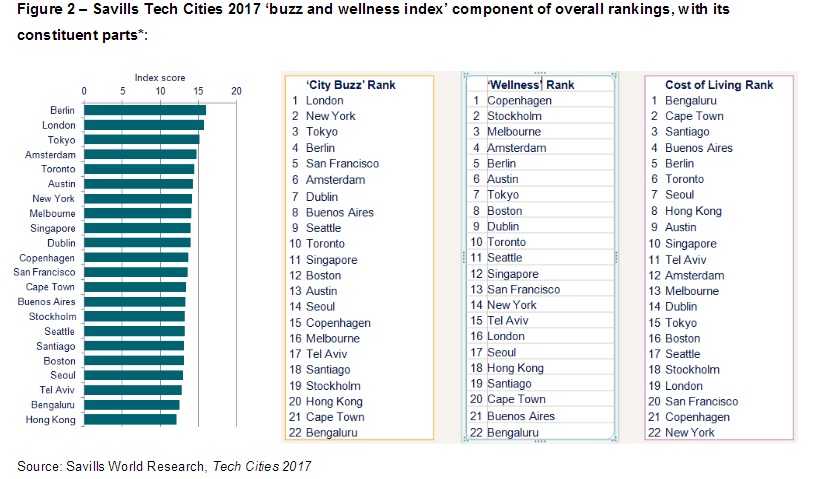 The Savills Tech Cities 2017 programme aims to understand the diverse factors that make up  a good location choice for the tech sector – examining 22 global centres which have thriving and growing tech industries, homegrown startups and incubators, and are at the top of global shopping lists for tech companies looking for space in which to locate. 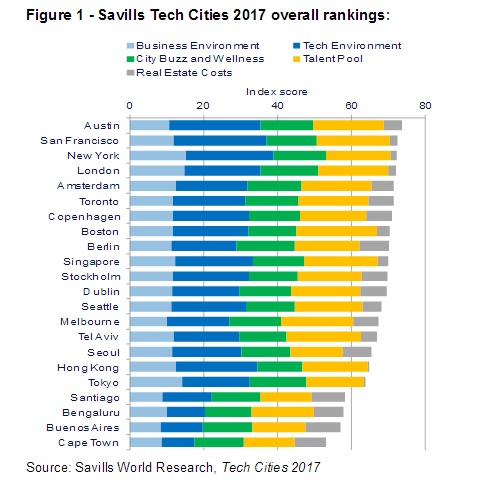 Overall, Bengaluru ranks a low 20 among tech cities in the world, with Austin topping the list, followed by San Francisco and New York.

But when it comes to the cost of living index, Bengaluru tops the charts with a weekly residential rent for tech employees and household standing at $236 – compared to the tech cities’ average of $368. It scores over cities such as Cape Town, Santiago, Buenos Aires, and Berlin. 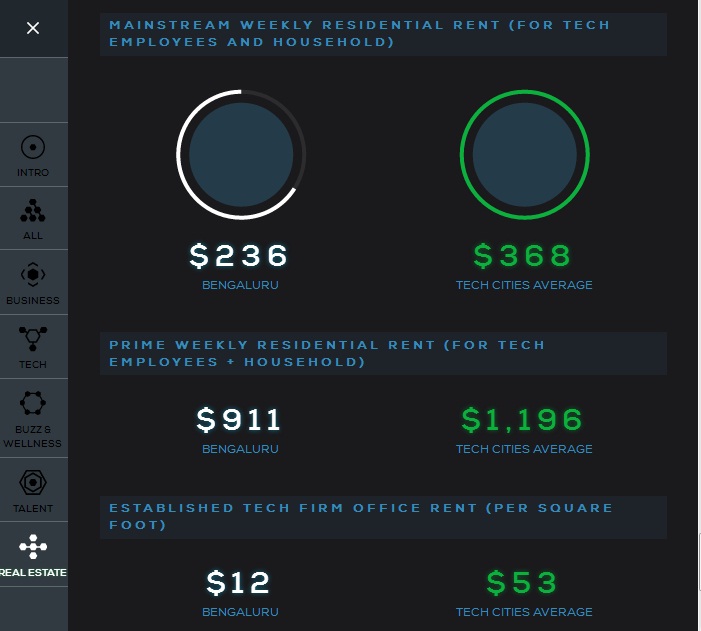 Meanwhile, the ‘wellness’ component of the ‘buzz and wellness index’ examines factors such as the health of the urban environment, including pollution levels, quality of parks, crime rates, healthcare, pay equality and commuting times, while city buzz considers nightlife, entertainment and cultural offer. These rankings have then been combined with the cost of living (excluding property costs) to provide an overall ‘city buzz and wellness’ index.

Bengaluru ranks lowest in the ‘city buzz and wellness’ category. Berlin tops this list, followed by London and Tokyo. Hence, Bengaluru’s cost advantage is offset by bad traffic and longer commuting times as compared to the average. While the average commute time across cities is 32 minutes, it stands at 47 minutes in Bengaluru. 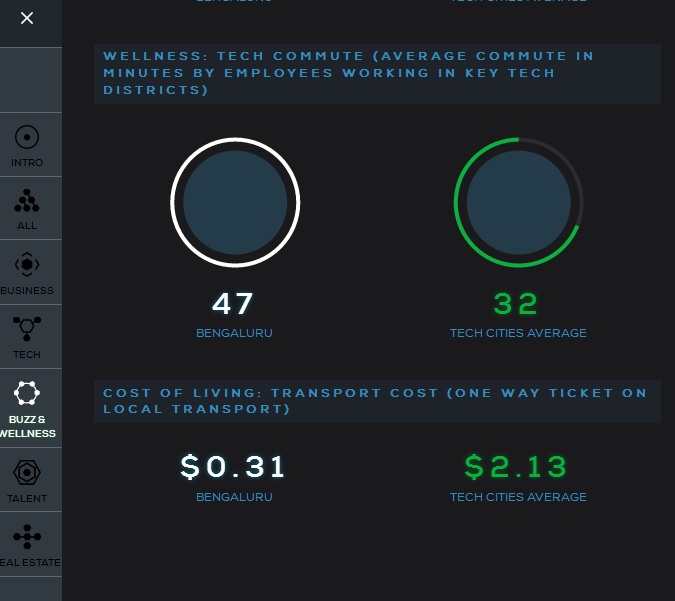 Also, when it comes to the ‘business environment’ category, evaluated in terms of investment avenues and research and development, Bengaluru ranks 19. New York, London and Tokyo bag top places in this category.

Similarly, for ‘tech environment’ category which refers to the size and value of the tech infrastructure, Bengaluru comes second-last in a list topped by San Francisco. While Bengaluru has 0.4 startups per 1,000 people, the tech cities average stands at 2.3. The city ranks at 17 in the ‘talent pool’ category, which is defined by immigration and talent attractiveness and higher education opportunities. Boston, Tel Aviv and Singapore garner top positions in this category. 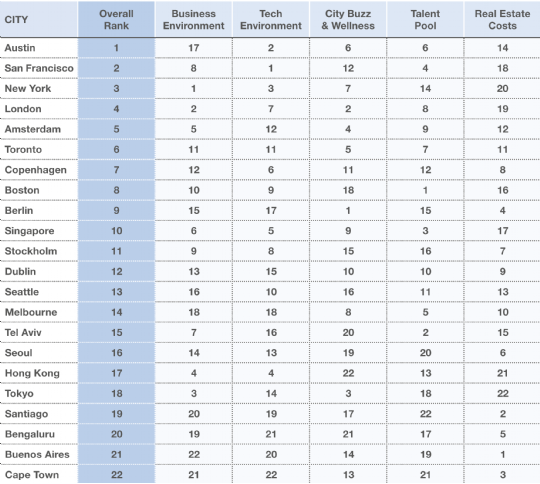 As per Inc42 Datalabs report on the Indian startup funding in 2016, Bengaluru was second to Delhi/NCR when it came to number of deals from 2014 to 2016.